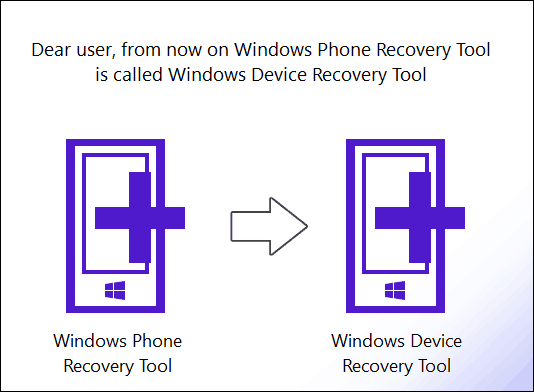 Microsoft is requiring a mandatory update of Windows Phone Recovery Tool. The update renames it to Windows Device Recovery Tool and adds features.

Microsoft is requiring a mandatory update of its desktop app: Windows Phone Recovery Tool. The update will rename the program to Windows Device Recovery Tool. 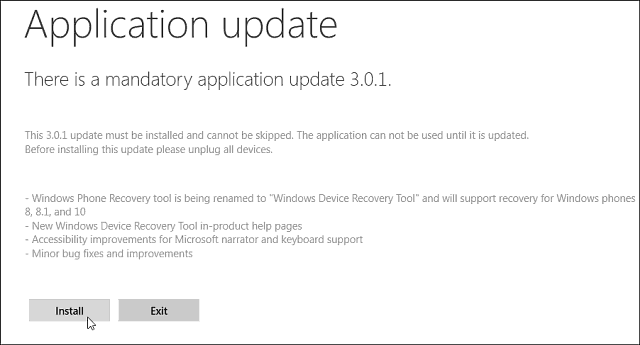 If you’re part of the Windows 10 Mobile Insider program, you’ve probably had to use this once or twice while testing out the mobile builds…I sure have.

In fact, to install Windows 10 Mobile build 10136 you were required to use it to restore your phone to Windows Phone 8.1 first.

The name change may seem minor, but has implications of the future. The new name reflects that it’s not just for Windows Phone, but also other devices, like small tablets that will run the Windows 10 mobile OS.

Hopefully, we’ll see some of these new devices at Microsoft’s Windows 10 event in New York City on October 6th. During that event, we hope to see two new flagship phones, a new Surface Pro, and Microsoft Band 2 are among the rumored devices.

According to the programs change log, it will introduce the following changes:

This is a great app to have at the ready if you’re having issues with your Windows Phone, whether you’re testing Windows 10 Mobile or things just aren’t working with Windows Phone 8.1.

If you already have Windows Phone Recovery Tool, just launch it to get the update. Or you can get it via a direct download here.

For more on how to use it our article on how to restore your Windows Phone.