Microsoft rolled out the latest mobile build of Windows 10 for phones, build 10136. Here’s a look at what’s new and how the mobile OS is progressing.

Microsoft today rolled out the latest mobile build of Windows 10 for phones – build 10136 for Windows Insiders. Here’s a look at what’s new and how the new mobile OS is progressing.

The main story here is that this build is much more stable than the previous one and there are several tweaks and refinements to the UI. Microsoft’s Gabe Aul wrote that “There are far too many subtle changes in the UX to cover.”

Microsoft’s last version of Windows 10 for phones, build 10080, was horribly bug infested. I had it installed on my Lumia 635, and it was so bad, half of the features never worked. Apps would crash, my email wouldn’t update…it was just a mess.

Luckily Microsoft allows you to revert back to Windows Phone 8.1 which actually works. It’s important to note that if you are running build 10080, you will not see an update today. According to the Microsoft post, there will be an update coming later that will allow you to update.

If you want to install today’s update, you must start from Windows 8.1. If you haven’t done that yet, you can read our step-by-step instructions in our article: Restore Windows 10 for Phones to Windows Phone 8.1. You can either use the Lumia or Microsoft recovery tool. Although, I must say that in my testing on the Lumia 635 running build 10080, the Microsoft Recovery Tool worked the best. 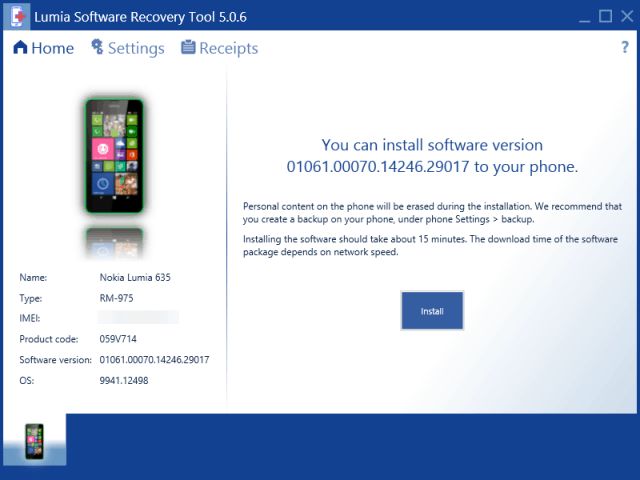 There are, of course, issues with this build, too…hey, it’s still in beta folks. Microsoft posted the following known issues:

This is just a quick look at some of the new things you’ll find in this build of Windows 10 Mobile. All Windows Insiders will need to spend a few days with it and see what works, what doesn’t, and send feedback to Microsoft

What’s your take? Are you testing out Windows 10 mobile on your phone? Let us know how it’s going by leaving a comment below or join the free Windows 10 Forums for even more discussion about Windows 10 on all platforms.