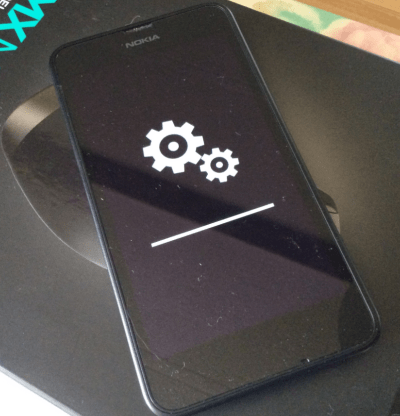 Microsoft today released the newest version of Windows 10 mobile build 10149 for Windows Insiders. Here’s a look at what’s new in this most recent build.

Microsoft today released the newest version of Windows 10 mobile build 10149 for Windows Insiders. Here’s a look at what’s new in this most recent build.

Microsoft announced the rollout of this latest build today and it’s worth noting with the previous version, build 10136, you had to reset your phone to Windows 8.1. If you chose not to do that and stuck with build 10080, you don’t need to reset your phone, and you’ll get this update directly.

Another important note is the post-upgrade migration status screen is still missing after upgrading, which is a known bug. So, after the upgrade, the Lock screen will appear frozen without the date and time for up to 10 minutes.

Do absolutely nothing and let it sit, and don’t touch the phone at all. If you try to restart it or anything, you’re going to mess up the update and have to start all over again…which won’t be fun.

In my update experience this evening, it took well over an hour for the update to download and install on my Lumia 635, but I would be interested in hearing from any of you with different models of Windows Phone on how the update went. 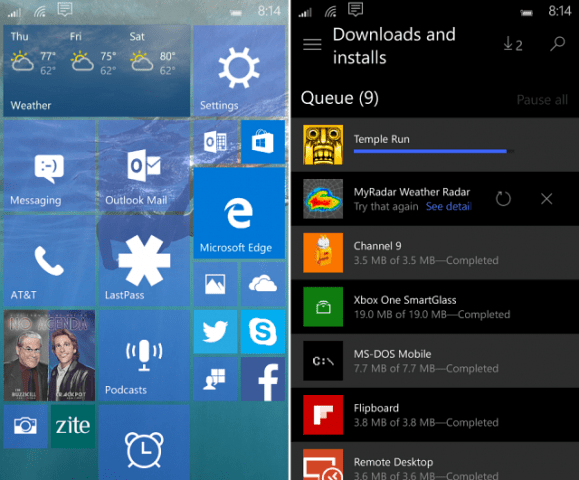 I’ve only been able to use this build for a few hours, but so far, it has been a fun experience. I was much happier with the previous build, and this latest one makes things better and shows that the mobile version of Windows 10 is starting to come together.

As always, there are known issues with this build. While we are getting closer to the Windows 10 for PCs official release date of July 29th, Windows 10 Mobile will ready after that, so remember we’re still in beta. Microsoft posted some of the known issues:

Some people may encounter an 80091007 error trying to upgrade to this build from Build 10136. If you hit this error, sit tight – we’re working on a fix. Or if you want the new build right away, you can use the Windows Phone Recovery Tool to go back to Windows Phone 8.1 and then upgrade to Build 10149.

The Insider Hub is removed in this build. Don’t worry, it will be back in future Insider Preview builds.

Sometimes the PIN keypad won’t be shown after swiping up to unlock. The workaround is to swipe down to get to Action Center and try to open a notification or Settings to invoke the PIN keypad to unlock your phone.

There is a very rare situation where you are unable to unlock your phone after entering your PIN and it keeps letting you type even though you entered your pin correctly. If you hit this – leave the phone alone 1-2 hours before trying to unlock again. This is caused by a TPM issue that could get worse and require you to reflash if you get into this state and power off the phone.

There is a known issue where apps or games are installed as trial versions even though you have previously purchased them. In-app purchases on Windows 10 Mobile are not functional yet as we migrate the function to the new Windows Store.

In certain cases, the colors in some apps may appear off. For example – the titlebar in the Outlook Mail app is orange.

There might be some cases where notifications in Action Center appear blank.

So what’s your take? Are you testing out Windows 10 mobile on your phone? Let us know how it’s going by leaving a comment below or join the free Windows 10 Forums for even more discussion about Windows 10 on all platforms.