In case you missed the news, Microsoft this morning announce the official Windows 10 launch date, which will be Wednesday July 29th, 2015.

Microsoft this morning made the announcement that Windows 10 has an official launch date of  July 29th, 2015. That’s only a few weeks away, and to make sure everyone who’s running Windows 7 or 8.1, now, gets the free upgrade asap, the company started rolling out a software-based reservation system.

Microsoft has Cortana, which is the best natural-sounding Cortana voice I’ve heard on any of my devices, announced the news, which you can check out below:

Microsoft is going to push current Windows 7 and 8.1 users hard to get the free Windows 10 upgrade. And last night, users started noticing a Windows 10 reservation app on their systems.

If you haven’t noticed it yet, look in your system tray, and you should see a Windows flag icon like shown below.

Clicking that will launch the “Get Windows 10” app and you just need to follow through the wizard, and that will prepare your system for the upgrade when it’s ready to install on July 29th.

It will ask for your email address if you want to get a confirmation, but you can completely skip this step, too. 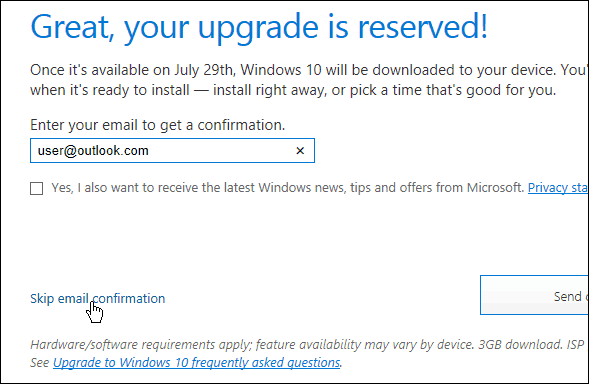 Annoyingly, this icon stays in your system tray even if you reserve your upgrade. To get rid of it, open Programs & Features > View Installed updates and uninstall KB3035583. The easiest way to find it is to use the Search box as shown below. You will need to restart your computer after uninstalling the update. 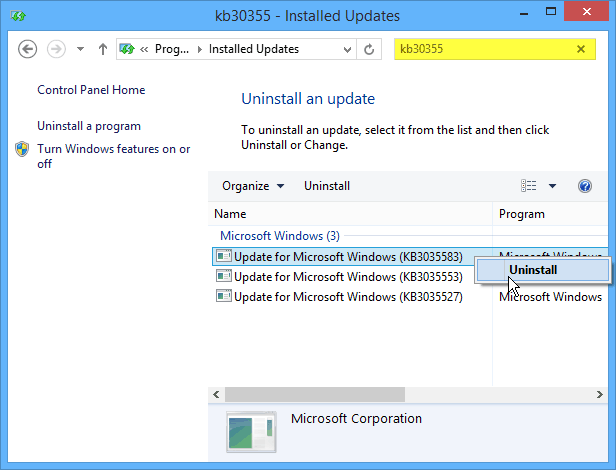 Of course, experienced power users who plan on updating or doing a clean install on day one don’t need this reservation app. But Microsoft is really pushing for the average users out there to upgrade as soon as possible. The upgrade will be free to all Windows 7 and 8.1 users for the first year.

So now that we know the official launch date, what is your take? Are you planning on upgrading right away, purchasing that new computer, or doing a clean install? Leave a comment below and let us know your thoughts.

Also, we know a lot of you have questions about this upgrade, and we are continuing to update our article: Your Windows 10 Questions Answered as we learn more from the company.