Last year Roku launched its own streaming channel on its modern devices dubbed The Roku Channel. The channel was launched to provide owners of its set-top box, stick, and TV set with free movies (with ads) and TV shows. Starting this week, customers can now watch live and linear news broadcasts from ABC News, Cheddar, PeopleTV, and others.

Live News on The Roku Channel

The addition of live news is a partnership with ABC News, Cheddar, and other live and linear streaming news services. However, at launch, ABC News is the flagship partner with Roku being the exclusive over-the-top (OTT) home for ABC New Live. Rob Holmes, Vice President of Programming writes: “Today, we’re working with some of the industry’s most forward-looking news organizations such as ABC News, Cheddar, People TV, and others, to deliver yet another customer-requested feature to The Roku Channel – live and linear news. ABC News has been at the forefront of producing and delivering live news for OTT viewing and we’re excited to have them on-board as one of our anchor news partners.” 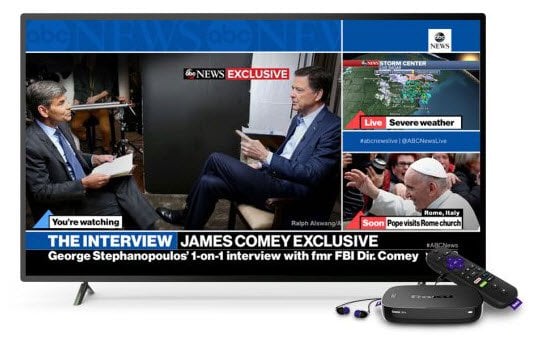 When we first looked at The Roku Channel, it was a bare-bones interface with a sparse amount of content with partner channels like FilmRise and Vidmark. But that appears to be changing as the company has added several more movies titles from big studios like Lionsgate, MGM, Paramount, and Warner Brothers. And it’s a great place for talk shows like Sally Jessy Raphael, Geraldo Rivera, and Jerry Springer — for those old enough to remember those shows. 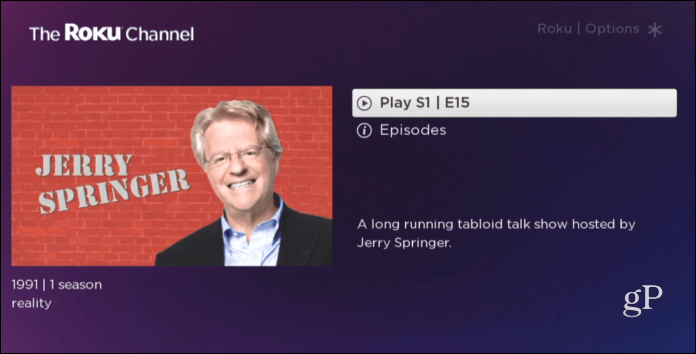 It’s also worth noting that in today’s announcement, the company announced that in addition to live news, its Roku OS 8.1 is getting a light makeover. It will let you organize content into thematic “Collections, and “Continue Watching” sections. The update is expected to roll out in May and will also support private listening through the Roku mobile app. The update will allow up to four users on iOS or Android to listen via headphones instead of the TV speaker.

The move to partner with live and linear news services helps keep the device on par with its competitors like Apple which recently added live news channels to Apple TV and iOS.

If you’re a Roku owner, how often do you watch The Roku Channel and are you looking forward to more available live content? Let us know your thoughts in the comment section below. Or, for more discussions on everything geek, join our gP Forums.