Roku is launching its own free, ad-supported streaming movie channel for all its boxes, sticks, and TVs launched after 2011.

Roku today announced it is launching its own movie Channel. The Roku Channel is available on all current Roku streaming devices including its set-top boxes, sticks, and TVs in the U.S. It will carry hundreds of popular films and select TV shows that you can stream for free. 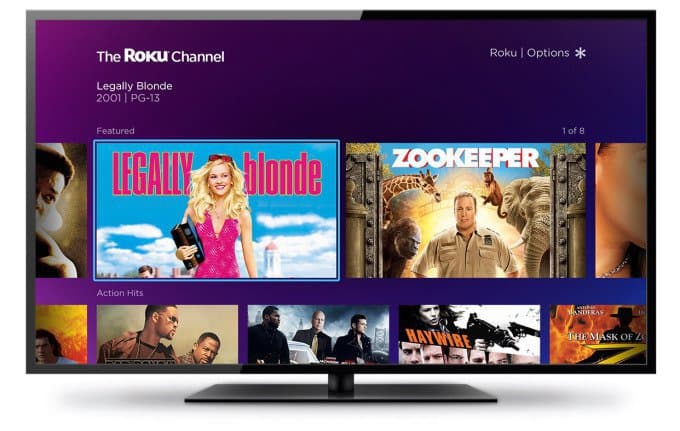 Roku has licensed movie deals with studios like Lionsgate, and Sony Pictures Entertainment. While other content will come from other Roku channel publishers like Popcornflix and FilmRise. “You’ll find quality films such as Ali, The Karate Kid, Legally Blonde, and many others from leading studios including Lionsgate, Metro-Goldwyn-Mayer (MGM), Sony Pictures Entertainment and Warner Brothers among others,” writes Roku VP of Programming Rob Holmes in today’s announcement from Roku. “The Roku Channel also features a broad selection of free entertainment from existing Roku channel publishers such as American Classics, FilmRise, Popcornflix, Vidmark and YuYu (and others over time).”

Roku offers a much larger channel selection that its rivals like Apple TV, Amazon Fire TV, or Google Chromecast. And it offers an easy way to search across all of the top services for content you want to see. However, the company hasn’t had its own video store like Amazon does with Prime video, Google with Google Play Movies & TV, or Apple does with iTunes. Even Microsoft has a video section in its store that you can access through the Movies and TV app in Windows 10. Roku’s service won’t offer movie rentals or purchases like its competitors, but you will be able to browse through and watch hundreds of titles.

While everything in the new channel is free, it is ad-supported. However, the company says there will be half as many ads that you would see on traditional TV networks. If you have a Roku device that was released after June 2011 then you will get The Roku Channel like other software updates. It starts rolling out today and should reach all devices in the coming weeks. 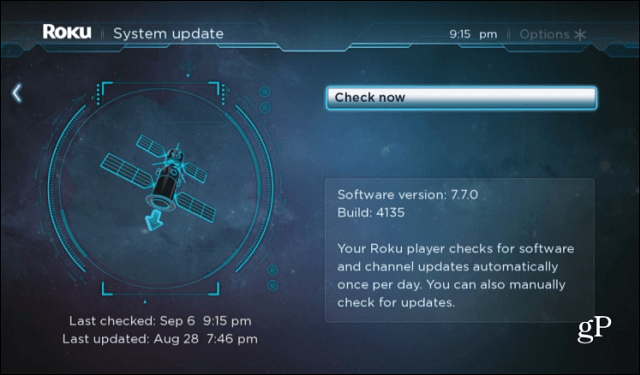 I haven’t been able to get it on my Roku yet, but when I do there will be a detailed review soon after so stay tuned. If you don’t see it yet you can manually check for updates over the next couple of days to help speed the process along. To do that, on your Roku, head to Settings > System > System Update.

Do you have the new Roku movie channel yet? If so, leave a comment below and let us know how you do or don’t like it.