Apple has added support for live news in the TV app on iOS and Apple TV. Here is a look at the available channels and what you can expect.

When Apple announced its new 4K Apple TV last year, it hinted about other cool things were coming to the platform. One much-anticipated feature that finally came to fruition is Amazon Prime Video. The company also teased that it would add support for live news in the TV app on iPhone, iPad, and Apple TV. The live news feature has now been rolled out and it currently supports just a handful of channels for users in the U.S.

To see it, you will need to be running the most recent version of iOS or tvOS to see the live news content. Which, at the time of this writing is Version 11.2.5 for both platforms.

Go into the TV app and stay in the Watch Now section. Then scroll down past the Up Next and What to Watch section and you will see a News section. Currently, it features six different live streams form CBS News, Fox News, CNN, Cheddar, CNBC, and Bloomberg. 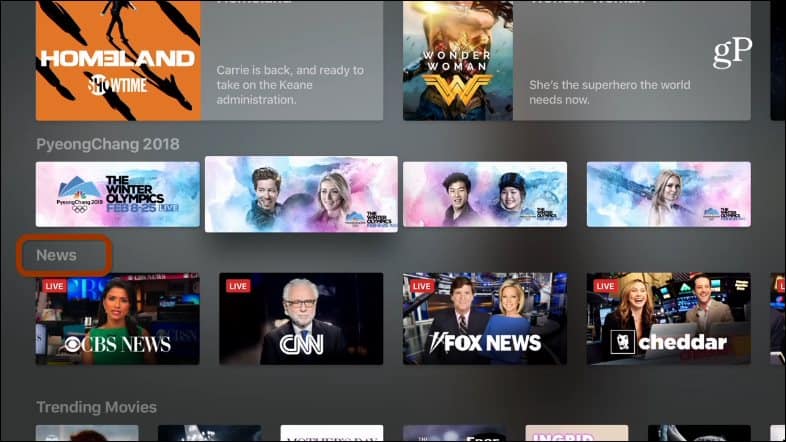 Some of the channels support the single sign-in feature which allows using your cable or satellite account login creds. If you’re a cord cutter and have a live TV streaming service like PlayStation Vue or Sling TV you have the option to sign in using one of those, too. 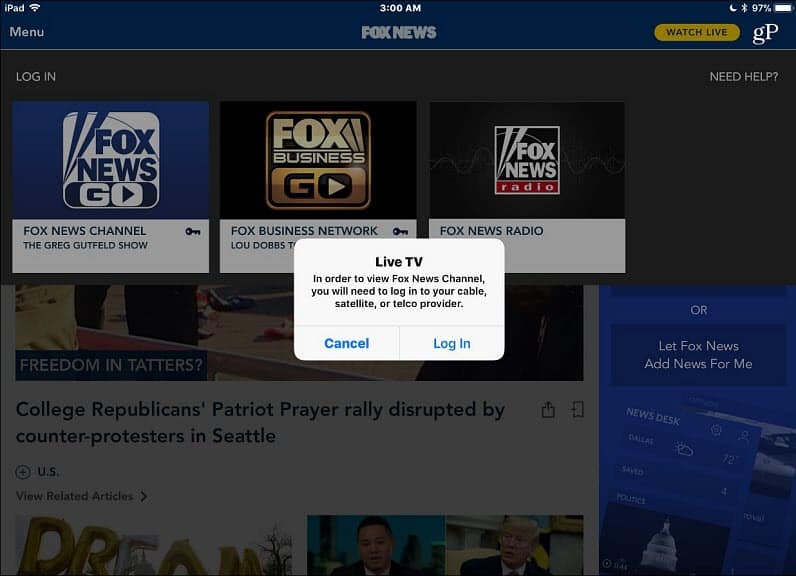 While viewing live cable news channels is the main new ability, you can also go through and check out a selection of other videos on demand. Each channel is set up a bit differently and offers different types of news from earlier in the day and, Fox, CNN, and NBC offer the ability to view their sister stations like CNN International or Fox Business. 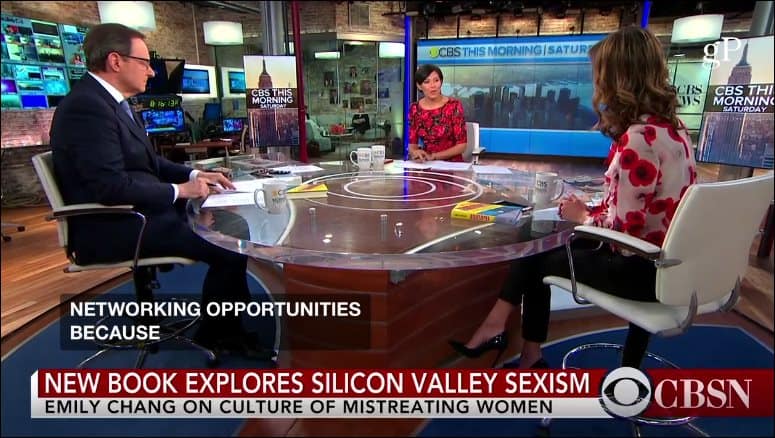 Once you have the apps installed on your Apple TV, iPhone, or iPad, you can use Siri to start watching. For example, “Hey Siri, watch CNN” and it will save you the step of opening the TV app in the first place.

What do you think about this and the TV app on iOS or Apple TV in general? Leave a comment below and let us know your opinion.