The Roku Channel continues to increase the amount of free streaming content it provides. This time adding more live sports and entertainment to the lineup.

Roku is continuing to improve its ad-supported free streaming channel to include more content as well as live sports. The company is adding live and linear sports and entertainment to the lineup. Earlier this year, Roku added free live news streams from ABC, Cheddar, Newsmax, Newsy, People TV, Yahoo, and TYT Network. It is now adding viral entertainment content from outlets like TMZ, AFV, FailArmy, People Are Awesome and others.

Roku is also adding live sporting events to the lineup. No, you’re not going to get premium sports from the NBA, NHL, or NFL football games, but you will start to see sporting events from Adventure Sports Network, COMBT GO, EDGEsport, Stadium, and others. All of the new streaming content will be free and will not require a subscription – you do need a Roku account, however. 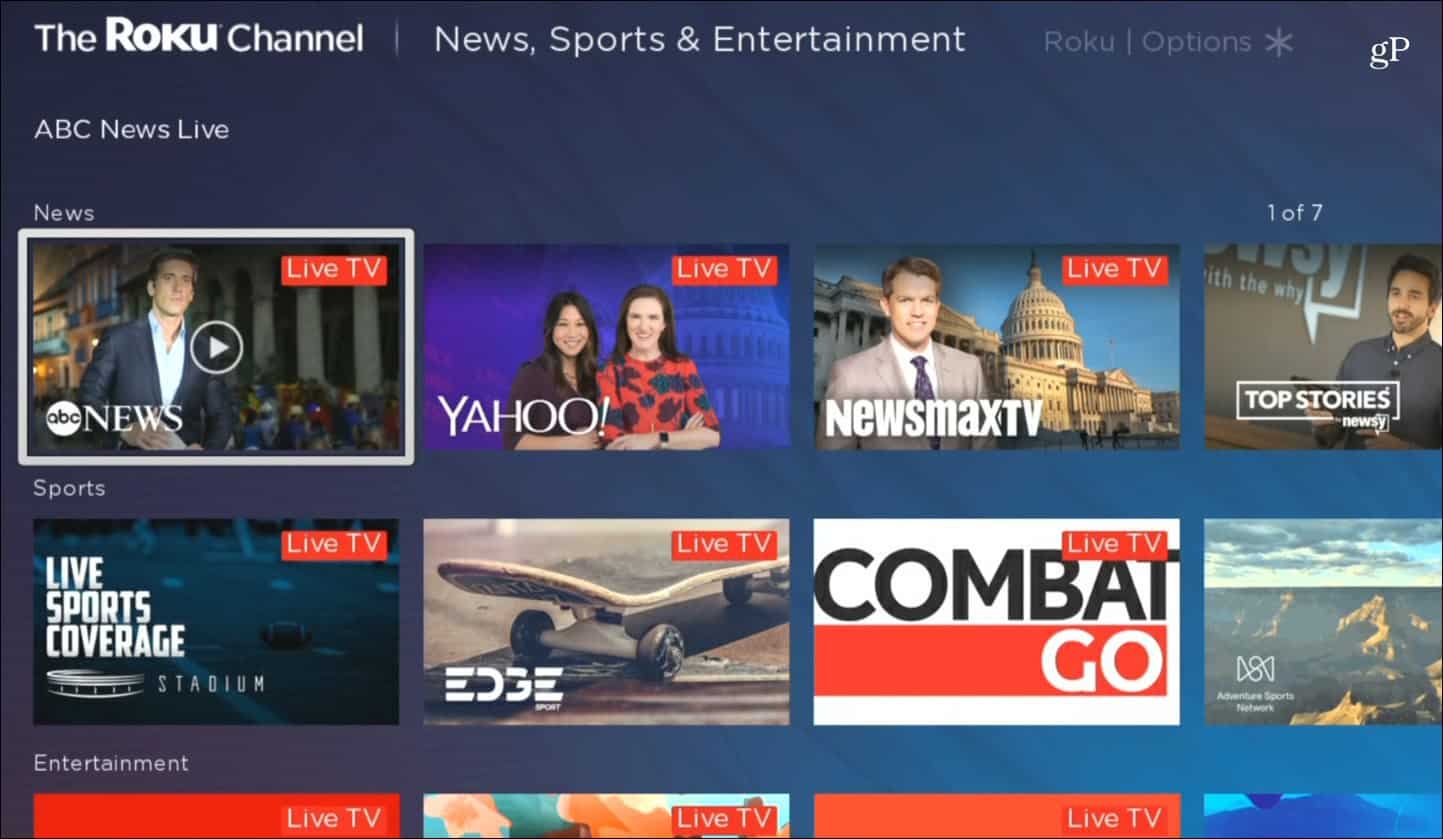 The new live content appears to be rolling out to everyone already, and if you don’t see it now, you should start to see it soon. When you launch The Roku Channel it should appear in a featured the category dubbed “News, Sports & Entertainment”.

The Roku Channel was first launched more than a year ago and included free but ad-supported movies from MGM, Sony, Warner Bros, and others. At first, it also included episodes of classic talk shows like Geraldo, Jerry Springer, Sally Jessie Raphael. It also has episodes of classic shows such as I Dream of Jeanie, Good Times, The Adams Family, and Bewitched. And the company has been busy adding free content throughout the year. With more and better the content, Roku is able to generate more revenue from the advertising.

Of course, The Roku Channel is available on all of its Roku streaming devices including boxes, sticks, and Roku TVs. And, not only is Roku expanding its amount of content, but it has also expanded to more platforms. The Roku Channel is available on the web and you can view it on any device with a browser including your iOS or Android phone while on the go.