The latest version of Opera, which is one of the most advanced browsers around – but not the most popular, has just been released. Version 12 brings a lot of interesting features, all of which have been ironed out in a beta that’s been available for a couple of months now.

The latest version of Opera, which is one of the most advanced browsers around – but not the most popular, has just been released. Version 12 brings a lot of interesting features, all of which have been ironed out in a beta that’s been available for a couple of months now.

It will be interesting to see if it will bring more users to the browser, especially since there have been talks about Facebook being interested in buying the company.

Since Opera doesn’t have the habit of releasing a lot of new versions in a short period of time, the new release is filled with new features.

One of the most striking visual features is Themes. You can customize the browser with a variety of looks, and it’s done in a couple of clicks. The effects are seen instantly. 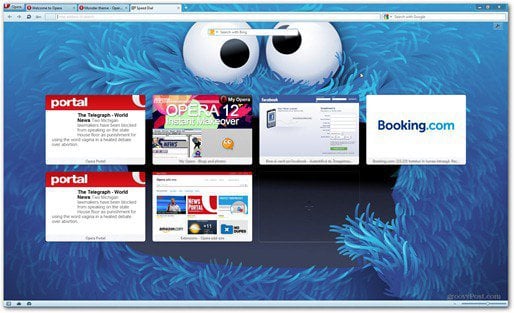 The new Opera adds webcam support for various applications, like Photobooth and Polaroid, using HTML5 or WebRTC. This makes it easy for the user to use things like face recognition features, without needing Flash or Silverlight plugins.

The company has also done a lot of work when it comes to security features. For example, the security bar has been updated. If you click on the bar next to the address, you’ll find out various security details about the site you’re visiting in an instant. 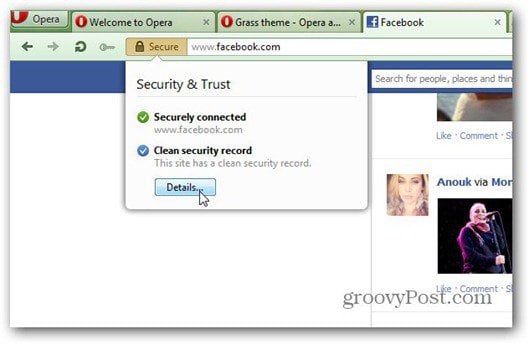 And speaking of security, Opera now also has Do Not Track support, and an increased speed. At first look, it definitely starts fast – just about as fast as Google Chrome. On my PC,  pages do seem to load faster too.

The browser also has 64-bit support on Windows and Mac, which should also increase performance.

Opera 12 also has limited hardware acceleration, meaning it can use your GPU to render content faster, and it supports WebGL. Both features are still experimental, so you’ll have to enable them yourself.