Microsoft released the second Insider build for Redstone 5 this week which includes some notable app updates and other fixes and improvements.

Microsoft today released Windows 10 Redstone 5 preview build 17746 to Insiders in the Fast Ring. This is the second new Insider build for Redstone 5 this week and comes on the heels of build 17744 which was rolled out on Tuesday. There are no new features to report, but there is a few notable app updates to Your Phone and Screen Sketch. And there are more fixes and other improvements to the OS overall. Here is a look at what’s new and changed in today’s build as we get closer to the official release of build 1809 expected in the coming weeks. 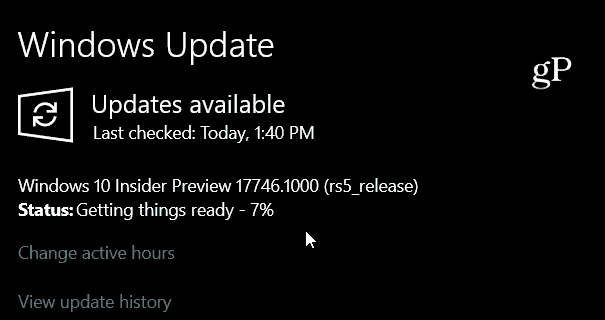 Here is a look the new changes, fixes, and improvements included in today’s latest build:

As always, this is a preview build and there are a number of known issues. Make sure to check out Microsoft’s full article to review all known issues, workarounds, and developer notes.