Today Microsoft significantly expanded the availability of Windows 10 S. Let’s review the details as well as how to install Microsofts new OS.

Last Spring, Microsoft launched its new Windows 10 S operating system to accompany its new line up of hardware, the Surface Pro, and Surface Laptop. Windows 10 S is Microsoft’s next generation desktop OS that can only run apps from the Windows Store. The OS locks down the OS to streamline the install experience while at the same time, keep better control of the overall environment; helping avoid the pitfalls of poorly written app installers as well as viruses and other malware.

Microsoft today further extended the availability of Windows 10 S to a larger audience including education organizations which are running a qualifying Windows 10 OS:

Windows 10 S is described as the soul of Windows, meaning, it’s more secure and resistant to attacks because apps – sometimes a vector for viruses – are vetted and distributed only through the Windows Store. So, how do you get Windows 10 S for free; what should you do before installing it; and why would you really want to install it?

You can download the special Windows Upgrade Assistant for Windows 10 S here. Before installing it though, you should be aware that there is no end to end upgrade experience.

Note: Only your personal files are preserved.

Traditional desktop applications and settings will be deleted. If you decide to go back to your previous version of Windows 10, the option to rollback is available for 10 days. Backing up your current installation by creating a system image would be strongly recommended. The upgrade process is just like vanilla Windows 10. 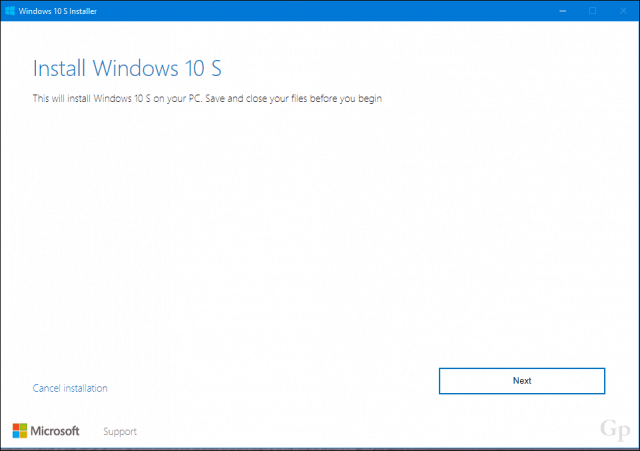 Users with qualifying systems should know, this is not a trial either, once your system is upgraded, it will remain activated because Windows 10 S is actually a variant of Pro. 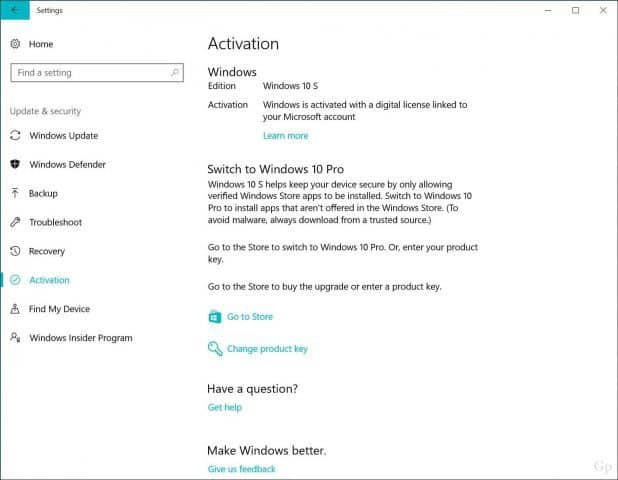 Don’t like Windows 10 S and want to switch back? You’re in luck. Apparently, you can launch the Store from within Start > Settings > Update & Security > Go to Store, and you are offered the option to switch back to Windows 10 Pro for free. Don’t wait too long however because the upgrade from Windows 10 S to Pro is only available through the end of 2017.

If you manage a fleet of PC’s in an academic environment, Windows 10 S can be a good fit. When combined with management services such as Microsoft’s own Intune, system administrators are able to determine what apps are installed and further lock down their devices. Large organization that depends on Active Directory for authentication and management of devices, should stick with Windows 10 Pro. Windows 10 S only supports Microsoft’s cloud based Azure Active Directory at this time. 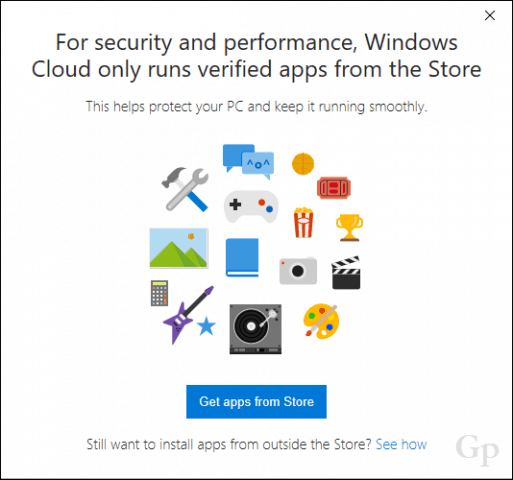 Microsoft doesn’t guarantee your system will be able to run Windows 10 S successfully, either. It is advised users check the manufacturer’s website to find out if it is supported. Good luck with that. Remember, you won’t be able to run popular desktop applications like Google Chrome, Adobe Creative Suite, AutoCAD or QuickBooks. Apple’s iTunes jukebox software is coming later this year to the Windows Store, but that remains a promise. Windows 10 S could probably be a secure fit for a home user who is not so tech savvy. But the requirements to run it will make it out of reach to many. Hopefully, Microsoft will extend support to Windows 10 Home users who are interested.

If you give Windows 10 S a go, we’d love to hear what you think of it in the comments!