Today, in its quest to target the profitable business market, Dropbox announced several new updates for its iOS users including Scanning Documents into Dropbox and Creating Microsoft Office Docs from Dropbox.

Although many of us here at groovyPost have made the flip to OneDrive, Dropbox is a cloud storage and sharing tool we often use. With 500 million users globally, it’s a handy tool if you want to share something with someone easily.

Today, in its quest to target the profitable business market, Dropbox announced several new updates for its iOS users, including Scanning Documents into Dropbox and Creating Microsoft Office Docs from Dropbox. The app also changes the requirements for its camera upload function, requiring users to install the desktop app or upgrade to a Pro account.

From the new Dropbox app, tap the plus button, then tap Scan documents. In addition, Dropbox provides the option of scanning the document as a PDF. 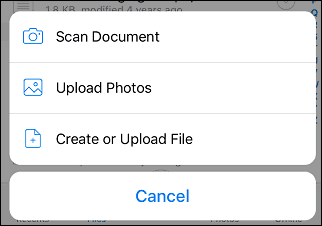 When you’ve lined up the shot, tap the camera button. You can then save it as a PDF or PNG file. Scanning documents with Dropbox reminded me of my review of Microsoft Office Lens. Both are similar. However, Dropbox felt more like a slimmed-down version of Office Lens. 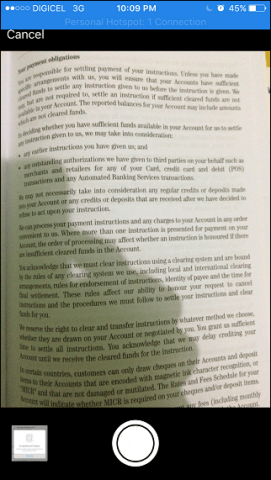 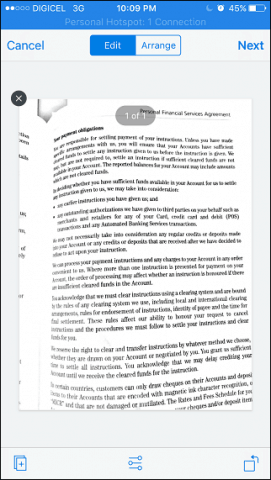 Eh, kind of. Call it what you want; in practice, all Dropbox is doing is launching the Microsoft App on your Mobile and saving it to your Dropbox folder. To give it a shot, Tap the plus button, then tap Create or Upload file, choose whether you want to create a Word, Excel, or PowerPoint file. 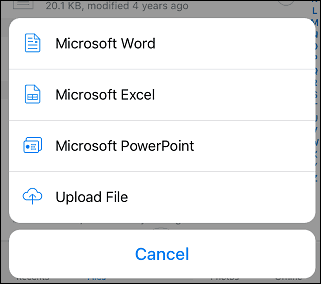 Tap to give the file a name and choose the save to location, then tap Create. 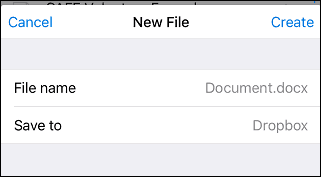 Dropbox will ask permission to open the app. Proceed to create your file, and it will be right there in Dropbox when you need it. 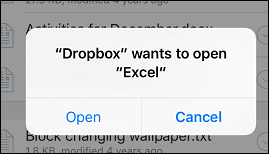 If you’re using Dropbox to back up photos and videos, you will want to pay attention to a significant change coming to the app on July 22nd, 2016.

Camera uploads is a feature on the Dropbox mobile application that automatically backs up photos and videos from your phone or tablet.

If you’re a Basic user without a computer connected to your Dropbox account, you can enable camera uploads by doing one of two things:

If you prefer not to connect a computer or upgrade to Dropbox Pro, you can still back up specific photos and videos by manually uploading them to Dropbox.

Likely, not a huge deal since most of us already have the app installed on our PCs. Still, important to make a note of this if you’re using Dropbox to backup your photos. Perhaps an opportunity to look at OneDrive for backing up your mobile photos…

Overall, the new changes are subtle and welcome. The document scanning capabilities are a great addition to the app and integrate nicely with the Dropbox App. I recommend grabbing the upgrade if for no other reason than to help you keep track of your receipts easily with the new camera scanning app!