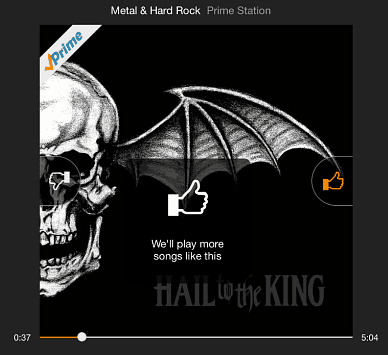 Amazon this week launched an updated iOS music app for Prime members. It provides ad-free radio based on the artists and genre’s, much like Pandora.

Amazon this week launched an updated music app for Prime members. It now provides ad-free radio feeds based on the artists and genre’s – much like how Pandora, Spotify, or iTunes Radio work, sans the enormous catalog of music.

The Prime Music feature has been available on the web for Mac and PC – although that experience isn’t exactly intuitive. But it lets you add Prime Stations as well as Station Playlists to your music library.

Then of course the first mobile device to have this feature was Amazon’s line of Fire tablets and the Fire Phone – which, by the way, is now free with a two-year contract. But this is the first time it has been available for iPhone, iPad, or iPod touch. 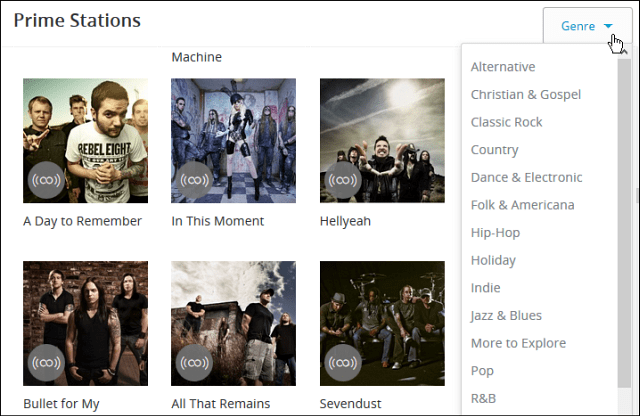 The updated app includes “Prime Stations,” that gives users a selection of ad-free music stations. One of the benefits is you can skip through as many songs as you want without interruption – unlike with the free version of Pandora.

The idea is similar to that of Pandora, where Amazon’s personal recommendations improve based on the music and genre’s you listen to over time. 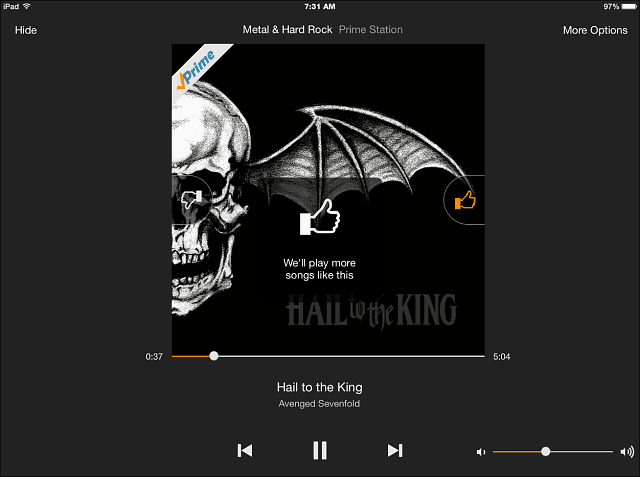 Another cool feature of this is it uses X-ray to display song lyrics, and allow you to follow along with them easily by highlighting the verse being sung in real-time. 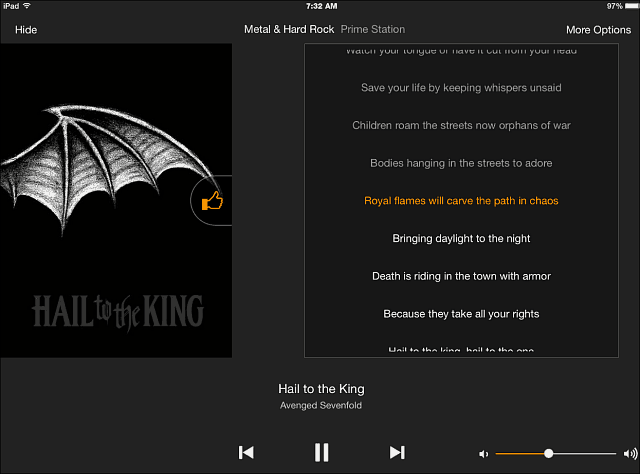 This is just another of many benefits you get by being an Amazon Prime member which will cost you $99/year. Don’t get rid of your Spotify, Rdio, or Xbox Music Pass subscriptions just yet though. The library of music for Amazon is far smaller than the established streaming services.

No word yet, but I would like to see a version of this for Android and Windows Phone in the future.