If you love music, discovering new songs, and singing along, you need Shazam. If you’re wondering “what is Shazam?” it’s time to find out!

You may have heard rumbles about Shazam in the music world. What began as a simple song identifier has turned into much more with the service. And if you’re a music lover, then it’s time to dig deep into what Shazam is and what it can do for you.

A Brief History of Shazam

Shazam was developed in 1999 by Shazam Entertainment Limited. The company was founded by two college students at the University of California, Berkeley. In its early stages, Shazam was launched in the UK and identified songs through a phone call. When the call ended, the caller would receive the song title and artist’s name via text message.

In 2002, Shazam launched in the U.S. on AT&T’s wireless network in a joint venture with Musicphone. Then in 2008, Shazam debuted for iPhone on the App Store. This offered users the ability to launch iTunes and buy the song they identified.

Shazam went on to offer additional features, like identifying TV shows and advertisements and partnering with companies like Saavn, Rdio, National CineMedia, Sun Broadcast Group, Snapchat, and many others. By 2012, the service had over 225 million users across 200 countries.

In 2017, Apple announced their intent to acquire Shazam for a whopping $400 million, and the deal was sealed in September 2018. To date, Shazam boasts one billion app users and 12 billion tagged (identified) songs and shows.

Song, television show, and advertisement recognition is still the baseline of Shazam. Tap the big, blue button and you’ll get the title, artist, or other relevant details for the identification.

Along with song recognition, you can enjoy these benefits: 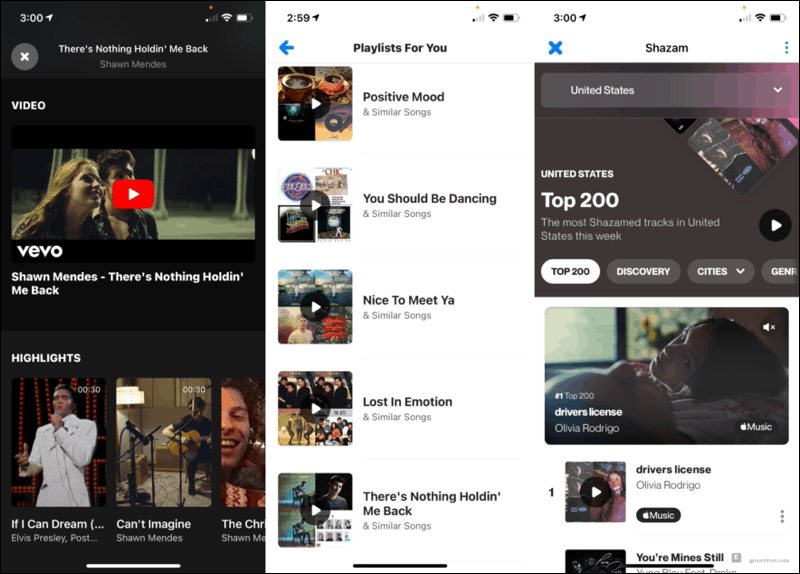 How to Use Shazam

If you’ve never used Shazam, the app couldn’t be any easier. Tap the button to tag a song and get the details you want. But for some of those features above you might be wondering about, let’s go through a couple of the best ones. 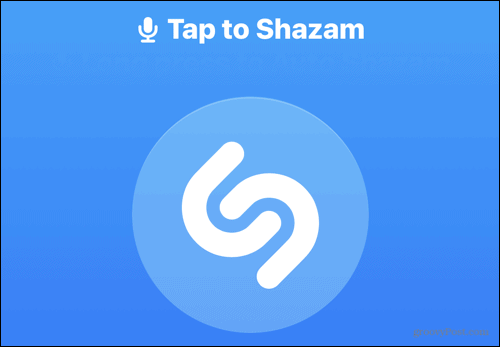 When the song you tag is identified, you can take action immediately if you like. 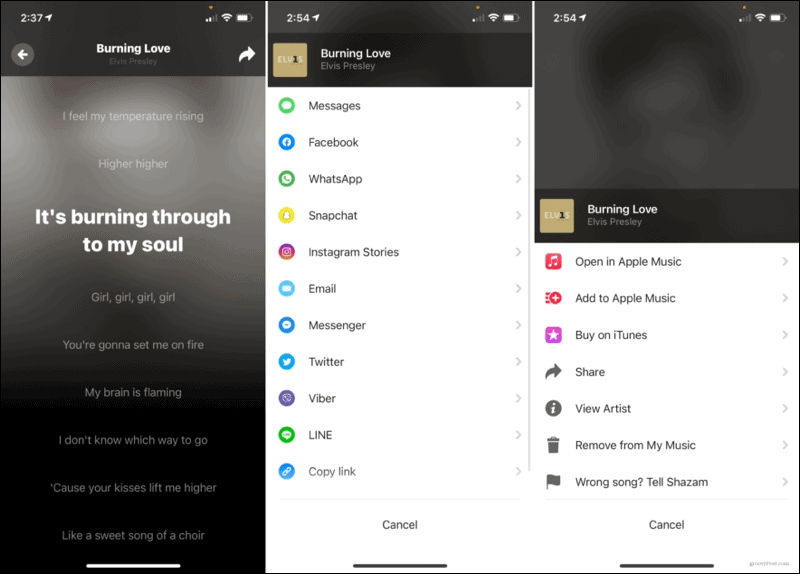 You have these same options for songs you’ve tagged in the past. Just select the song and tap one of the icons at the top. 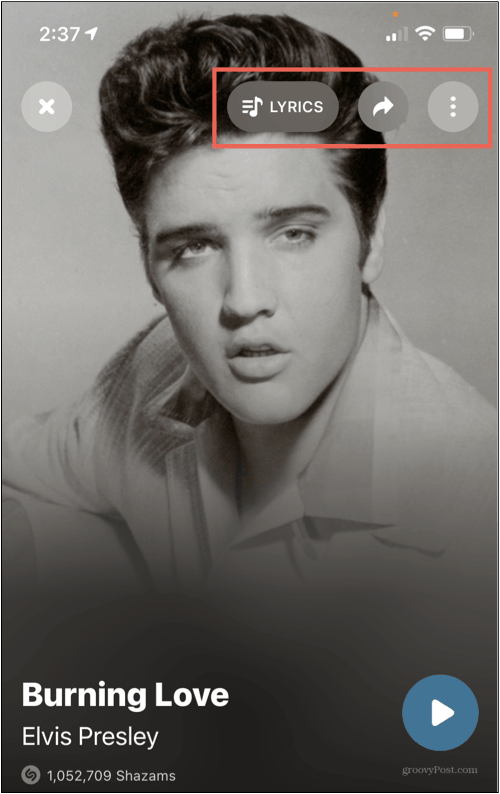 When you enable Auto Shazam, the app will continue listening and identifying songs. So, you don’t have to hit the button for each tune. This is ideal when you’re in a club or at a party with continuous music.

To enable Auto Shazam, press and hold the Shazam button. You’ll see an indicator that Auto Shazam is on. Simply tap the button to turn off Auto Shazam. 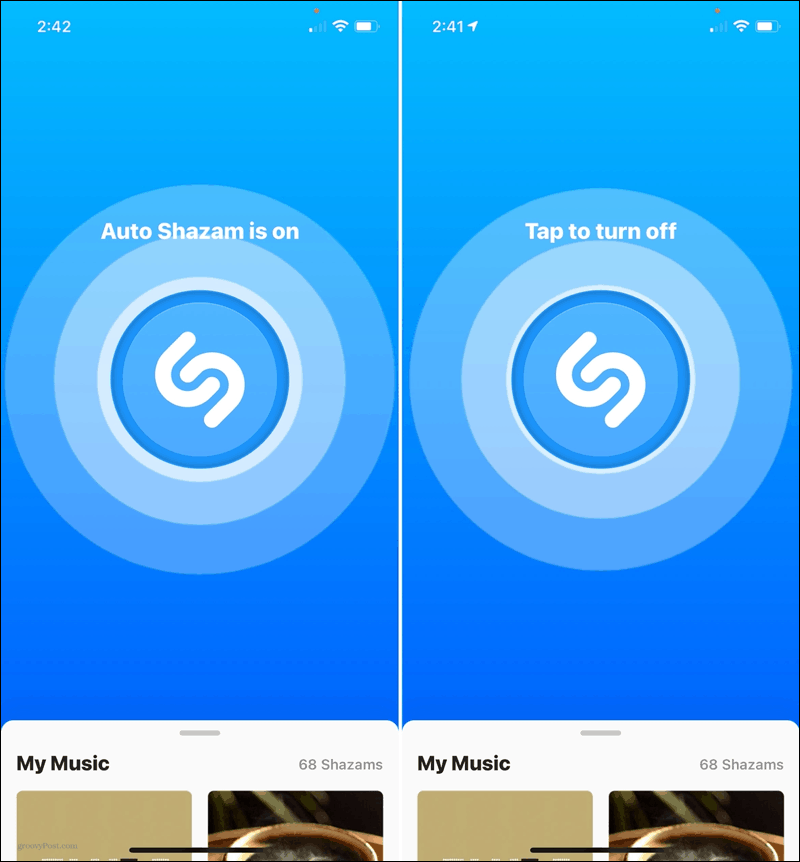 Listen to Your Shazams 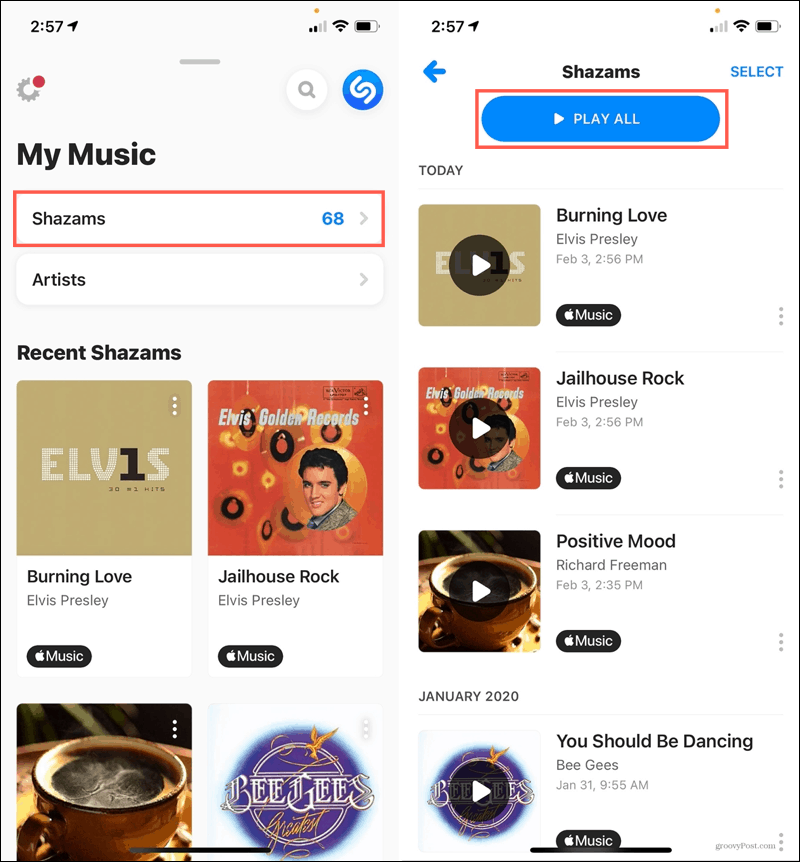 Shazam is available for iOS, Android, Mac, Apple Watch, Android Wear, and on the web. Yes, you can identify a song or show by enabling your computer’s microphone and hitting that button on its website!

You can download the app for free and use it online with no hidden purchases. Any songs that you decide to buy, however, you do have to pay for. It’s only the app itself that’s free.

Before Apple’s purchase of Shazam, there were two separate apps available: Shazam (Free) and Shazam Encore ($2.99). The paid version was ad-free.

Since the acquisition, Apple removed all ads from the free version making it identical to the paid one. So while you may find a link here and there for Shazam Encore, it will likely be removed from the App Store at some point.

Are You Ready to Shazam?

For music identification as well as discovery, Shazam is a terrific tool. You’ll always know what you’re listening to and the artist behind that awesome song with Shazam in your pocket.

Are you going to check out Shazam? Or if you’re a Google user, you might like to use a tool like Google Assistant to identify songs.