Google has rolled out a new music discovery feature for Google Assistant that will allow your device to identify what song is playing in the background.

Google’s virtual assistant technology, insipidly named “Google Assistant” is the company’s digital assistant which rivals Microsoft’s Cortana, Amazon’s Alexa, and Apple’s Siri. It is found on Android phones and tablets, smart speakers like Google Home, and other select smart devices. Like its rivals, the technology is consistently getting smarter and new features.

Today Google rolled out a music discovery feature that will allow your device to let you know what song is playing in the background. After summoning Google Assistant you can say “Hey Google, what song is this?” or “What’s the name of this song?” while the music is playing nearby. It will take a few seconds to listen to the music and when identified, will pop up a card with the name of the song, the artist, album, and other data. 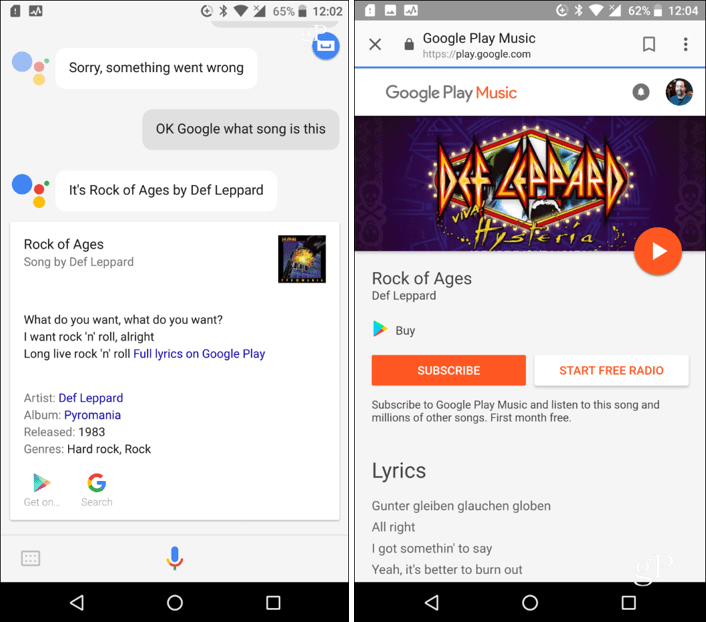 Ask Google Assistant to identify the song currently playing and it will give you the song, band, album, lyrics, and more.

For example, depending on the song, it might give you the lyrics, a YouTube link for the song’s video, a link to Google Music (of course) to purchase the song or album, a link to additional information about the band or artist, and sometimes a Spotify streaming link. 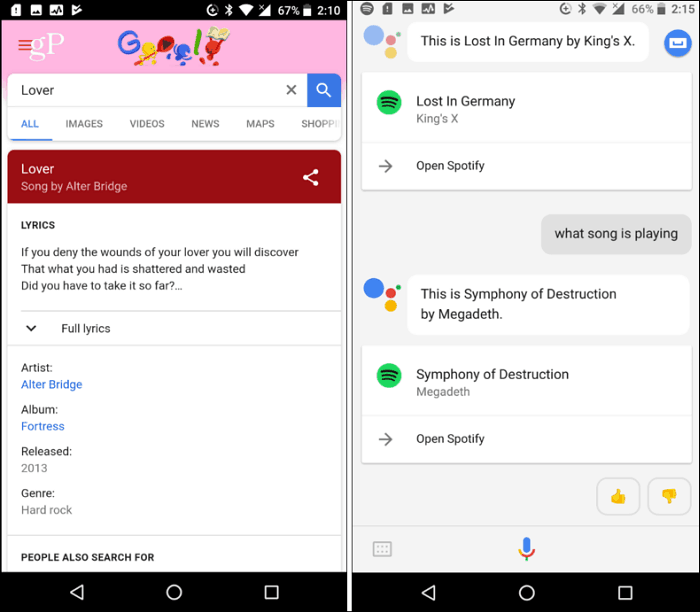 This technology isn’t anything new. In fact, Google’s own flagship Pixel 2 and 2XL handsets include a passive “Now Playing” song identification feature. There are also third-party apps like Shazam for identifying music. And other digital assistants like Cortana have had this ability since Windows Phone 8.1. Still, it’s nice to see this on-demand music identifying feature added to all Android handsets that can run Google Assistant and not just the new Pixel 2 phones.

The music discovery feature started rolling out on Monday and should be available on every device capable of running Google Assistant by the end of the week. I am able to use it successfully on my older Nexus 6P with Android Oreo 8.0.

Are you an Android user and happy to see this finally come to Google Assistant? If you’re not an Android user, what app do you use to help identify songs that are playing nearby? Let us know in the comment section below.