When it comes to music streaming services in the United States, there’s Spotify, Apple Music, and everyone else.

When it comes to music streaming services in the United States, there’s Spotify, Apple Music, and everyone else. The two leading services are very similar, but there are crucial differences that might push you in one direction or another. Here’s a look at how Spotify and Apple Music rate in 2020.

For the average music listener, there’s not much of a difference between the top two streaming services. Both are available for a similar price for a regular membership, and they each have nearly identical catalogs. Things begin to separate when it comes to speaker support, curation, and extras. 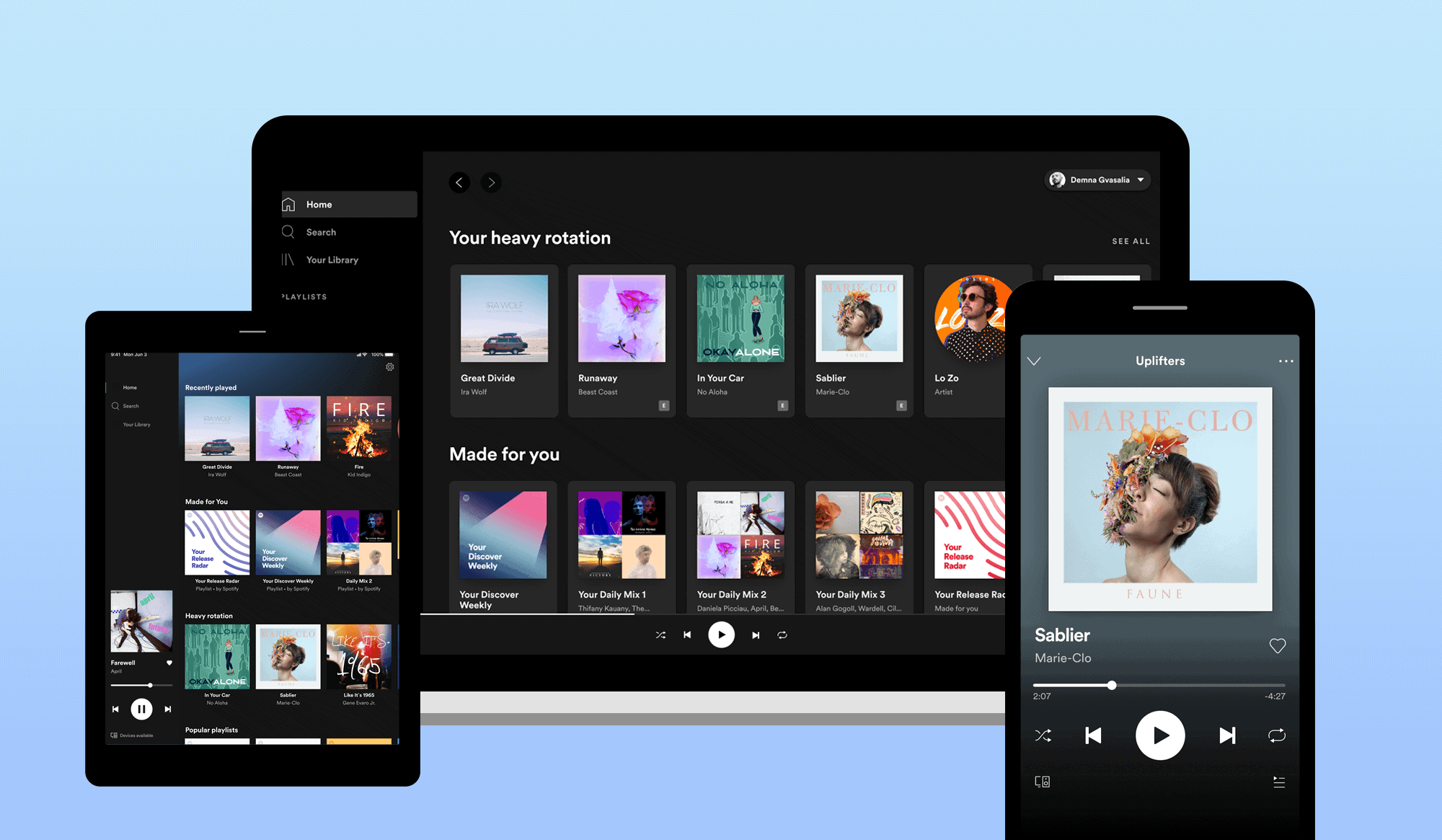 First introduced in Sweden in 2006, Spotify is the largest music streaming service in the world, with availability now reaching 92 countries. Part of its continued success comes down to its varied membership plans. Spotify, unlike Apple Music, offers an ad-supported free membership plan. In total, there are 286 million users worldwide. Of those, 130 million are premium members.

Spotify is noted for offering more than 50 million music tracks and 1 million podcast titles. Besides smartphones, tablets, and computers, you can find Spotify on many smart speakers, gaming consoles, smart televisions, and much more. 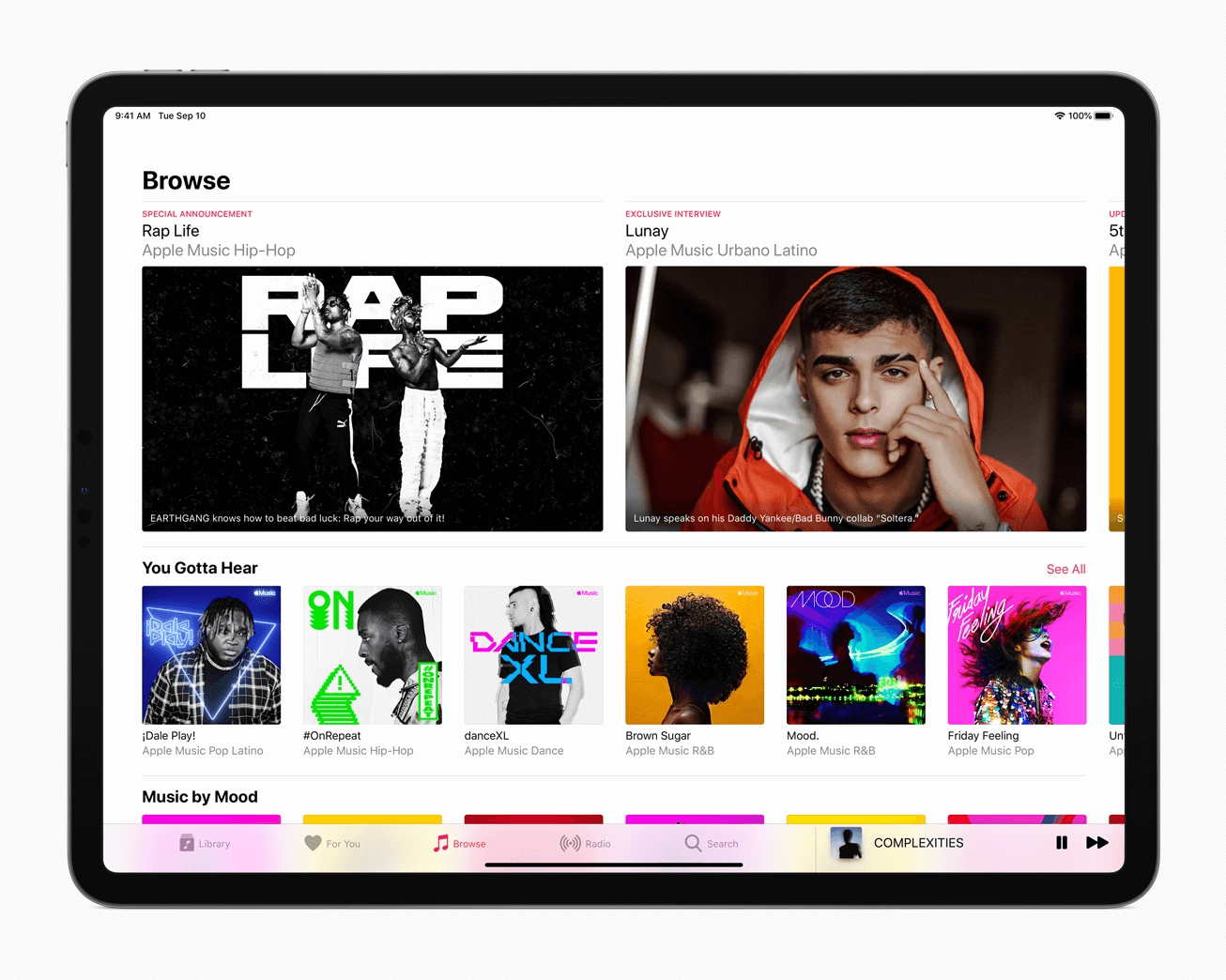 Launched in 2015, Apple Music offers 60 million tracks. In June 2019, the iPhone maker celebrated its 60 millionth customer. Since then, it’s been mostly mum about exact subscription numbers, although it’s likely to have risen to around 80 million users in 197 countries. As suggested above, each of these is a paying customer since Apple doesn’t offer a free Music plan.

Apple Music grew out of iTunes. Because of this, it shouldn’t come as a surprise that subscription-based and purchased music blend nicely here across all Apple devices for customers. You can also find Apple Music on Android-based devices along with Beats 1 radio stations, which offer old-school like channels 24/7.

Both Spotify Premium and Apple Music are $9.99 per month, with each offering a three-month free trial for new subscribers. Students can get a regular membership for $4.99 per month. Spotify students get ad-supported access to Hulu and Showtime with a premium membership. Family plans for each are $14.99 per month for up to six members.

Apple Music is capped at 256kbps AAC for all users, while Spotify mixes things up depending on the type of membership you have. It uses Ogg Vorbis, an open-source, patent-free audio compression format. On mobile, you can choose which bitrate to stream in increments up to 320kbps. Desktop playback is set at 160kbps for Spotify Free users and 320kbps for premium users. Through the Spotify web player or Chromecast, Spotify streams in AAC at 128kbps or 256kbps, again, depending on your membership level.

For added flexibility, both services let you tweak the equalizer to suit your sound preferences.

With Spotify Free, you get unlimited access to content with some significant disadvantages. First, get ready to listen to ads in between songs. Second, albums and playlists are played through shuffle mode. In other words, you can’t necessarily listen to your favorite song repeatedly

There’s also a six-skips per hour limit, which makes it even less likely you can hear your favorite song as often as you may like. Spotify Free also doesn’t offer offline listening, so don’t even think about downloading that favorite song.

With both Spotify Premium and Apple Music, you can download content for offline listening. You can also listen to any song or album on-demand without limits.

Offline listening on both plans doesn’t mean you can download unlimited songs and play them forever, even without a premium subscription. Instead, as a premium subscriber, you can enjoy a limited number of songs offline on up to five different devices. On Spotify, this count is now unlimited, having once been 10,000 songs. On Apple Music, the limit is 100,000 songs.

You’ll need to connect to the service gods regularly to confirm that your account is in excellent service. Otherwise, the downloaded songs will stop playing.

Besides podcasts, Spotify has always been known for its many playlists and robust algorithm to determine which new songs you will likely enjoy based on your listening experience. Its full-featured web browser is also worth considering for its powerful tools.

Spotify also is better integrated with third-party devices such as smart speakers and gaming consoles. With Spotify Connect-compatible devices, you can use the Spotify app on your mobile device as a remote to control playback.

Besides the slick integration with iTunes, Apple Music is highly noted for human-curated recommendations and the native HomePod support.

Apple Music is fully integrated with Siri, so you can use your voice to find your favorite tunes. On some devices, you can also use Apple Music with Amazon Alexa.

There’s always room for improvement in life, and the same can be said for music streaming services.

Spotify’s biggest “con” is the occasional missing song or album due to copyright restrictions. It’s also unfortunate there’s no easy way to merge your Spotify library with the one you may have in a cloud. This reason alone is why anyone with an extensive iTunes library should first consider Apple Music.

Over at Apple Music, many still complain about the lack of a free tier, except for listening to Beats 1 Radio. Like many products from the iPhone maker, Apple Music has limited reach beyond the Apple ecosystem, although there has been some improvement on this front recently. Apple Music with Siri voice control is now compatible with Amazon Echo smart speakers plus FireTV via the Alexa app.

Which One is Best?

If you are a heavy Apple user, the odds are pretty high that you’ve already experience Apple Music, as you should. The premium service integrates very nicely with your iTunes library across multiple devices. If you are less tied to Apple, Spotify is a terrific choice and the one preferred by more people around the world.

Whatever your choice, happy listening!