If you’re a cord cutter and want to watch live TV through your Xbox One you have a couple options. Here is a look at what you need to know.

When watching live television through your Xbox One, there are a couple of options – not counting OTT streaming services like PlayStation Vue (no longer available), Sling, or Hulu Live. If you subscribe to a cable package, you just run your cable signal from your cable box into the console. But if you’re a cord-cutter and don’t have cable, you can still watch local over-the-air (OTA) channels through your Xbox One. While it’s not as straightforward, you can watch live television through Xbox One with an antenna and the right hardware.

Watch OTA TV Through Xbox One

You can use a couple of different options to watch live OTA TV on your Xbox One console. One is by getting the official Hauppauge Digital TV Tuner for Xbox One. You plug it into one of the ports on the back of the console and plug an antenna into the aerial port on the tuner. The console will automatically recognize it, and you can follow the onscreen instructions to get everything rolling. Then you will be able to watch your favorite channels via the core OneGuide feature of Xbox One.

Another option you have is to use a Silicon Dust HDHomeRun box and the accompanying app. The basic HDHomeRun Connect Duo is a box you plug into your home network and attach an antenna. Then you can stream the live HD TV signals over Wi-Fi to virtually any device connected to your network. 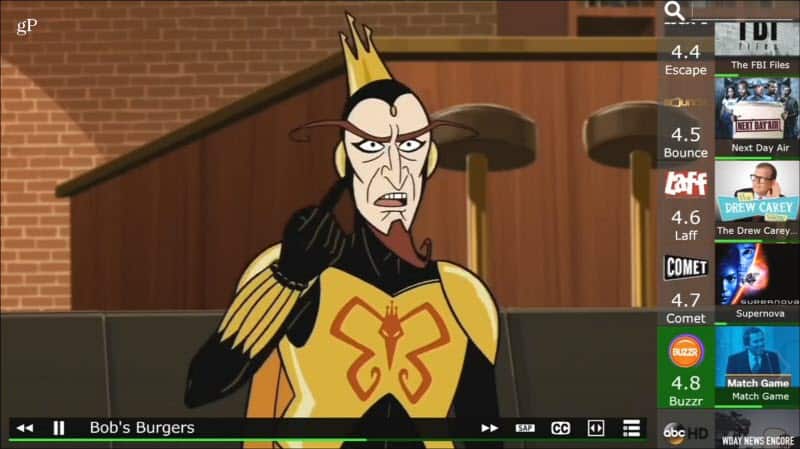 Keep in mind that with the Hauppauge Xbox TV tuner, you will be using Xbox’s built-in OneGuide feature to watch television. With the HDHomeRun, you will be using its app’s interface to view and record TV. Also, with an OTA antenna, the number of channels you get will vary depending on your area and the type of antenna you have. If you live in an urban area, usually, a simple indoor antenna should do the trick. But if you’re in a rural area, you’ll need a more powerful outdoor antenna.