Since Microsoft killed off its Groove Streaming Music service, the Groove Web player no longer exists. But you can still cast from your browser using OneDrive.

Groove Music is the new music app that’s built into Windows 10. You can use it to play music from your own local collection, from music uploaded to OneDrive, and you used to be able to stream from its web player. That player no longer exists, but you can use OneDrive now instead.

Update: Groove Music Pass was killed off, and Microsoft now recommends you use Spotify.

If you want to stream music from your Windows 10 device in the living room, you might think you need to purchase an Xbox One or 360. But if you have no interest in gaming or spending hundreds of dollars, you can spend much less and get a Chromecast.

We looked at how to stream Spotify to the new Chromecast a few weeks ago, and now we’ll take a look at doing the same thing with Groove Music in Windows 10.

To get started, you’ll need to install the Chrome browser on your Windows 10 device if you don’t have it already. You can also use the new Chromium-based version of Microsoft Edge.

You used to need an extension to cast media from your browser to compatible devices. But Google Cast is built into Chrome and Microsoft Edge now. So, no special extensions are needed. Launch Edge or Chrome and sign in to OneDrive if you aren’t already. Start playing the media you want to stream, right-click on it, select Cast (on Chrome), or Cast media to device (on Edge) from the menu. 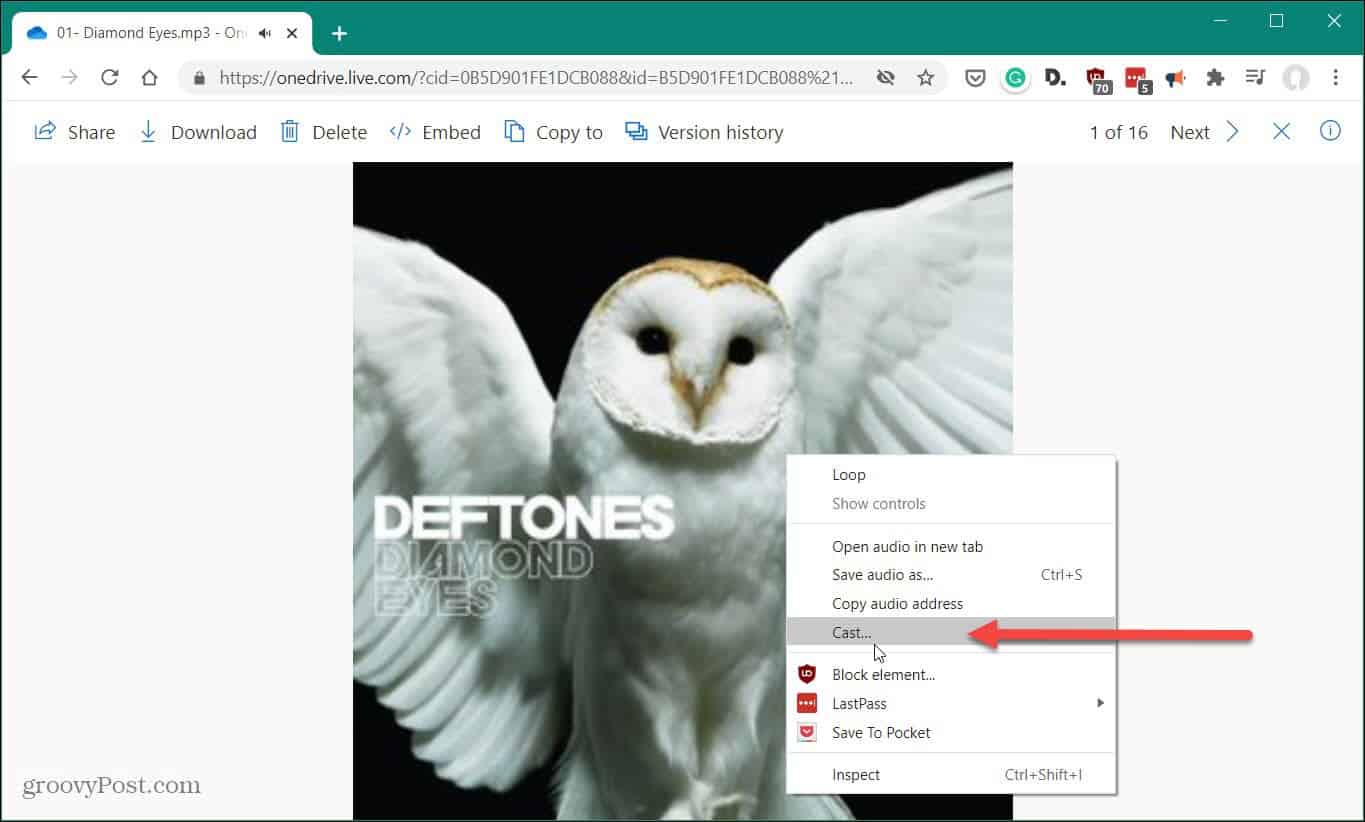 On Microsoft Edge, it’s the same idea. Right-click the media playing, then choose the device you want to cast to. 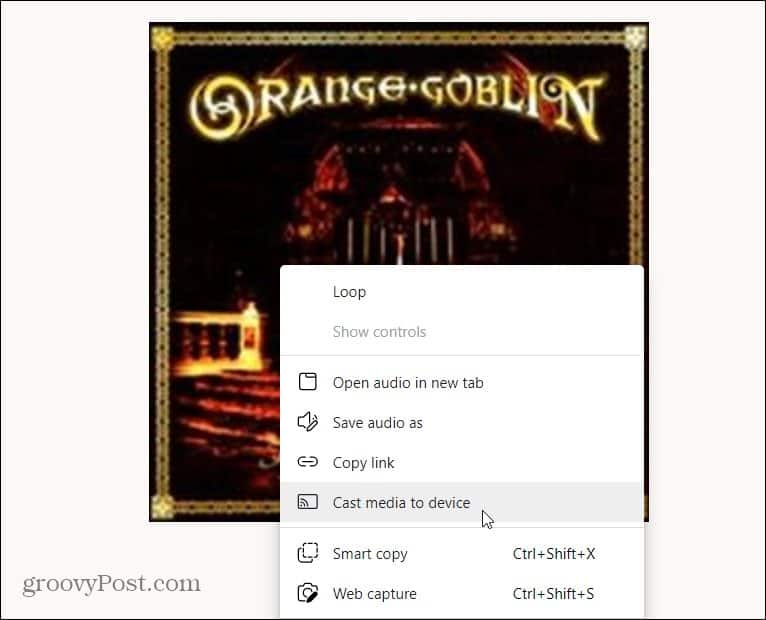 Next, a menu will pop up in the upper-right corner of your browser. Select the device you want to cast your media to. 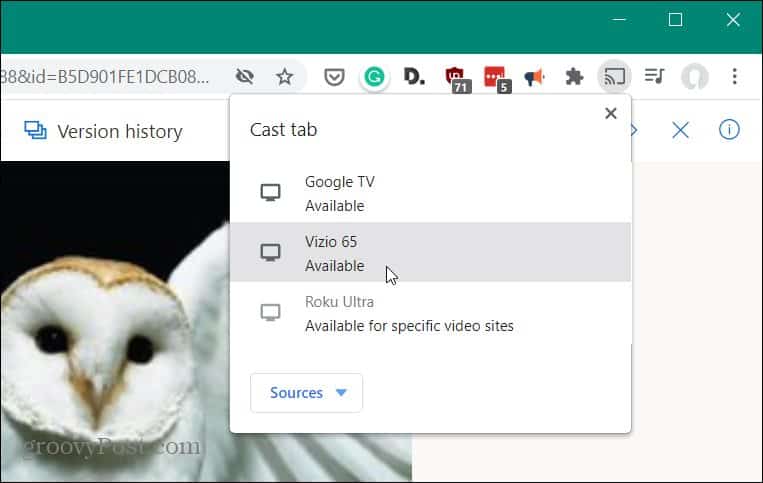 That’s all there is to it. Enjoy your music on the device you want to listen to it from. Keep in mind that you can also get multiple Chromecast devices (they are fairly cheap). And link them together for a “poor man’s Sonos” system. That way you can hear the same music in every room. For more on that, please read our article on how to create whole-house audio with Google Home.