Microsoft has released the most stable version of its new Chromium-based Edge browser. The company says the beta is “ready for everyday use” and you can install it on Windows 10, 8, 7, and even macOS.

Microsoft this week rolled out the beta version of its new Chromium-based Microsoft Edge. It is available for Windows 10, 7, 8, and macOS. We already covered the early dev builds of Chromium Edge already. But now it’s officially in beta and Microsoft exec Joe Belfiore writes: “the next version of Microsoft Edge is ready for everyday use.” So here is a look at how to install it on your computer and what to expect.

Update: Microsoft has retired the “Legacy” version of Edge, and modern builds of Windows 10 include the Chromium-based version of Edge. The company is also going to kill off IE 11 on June 15th, 2022.

First, head to the Microsoft Edge Insider website. From there, click the “Beta Channel” button. Note that you can get your OS by clicking the dropdown menu if you’re running Windows 7, 8, or macOS. 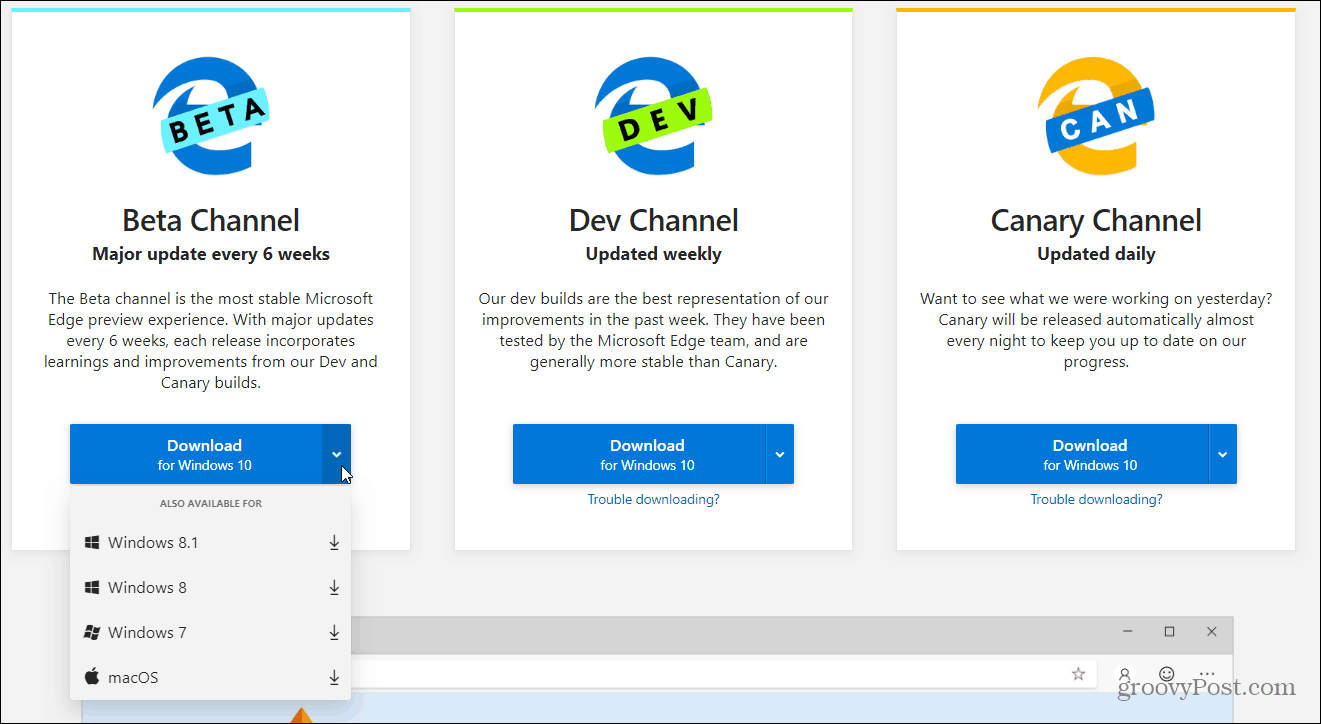 Once the installation is complete, it gives you the option to get started by importing your data (bookmarks, autofill data, and history) from Google Chrome. Or, you can start from scratch with a new fresh instance. 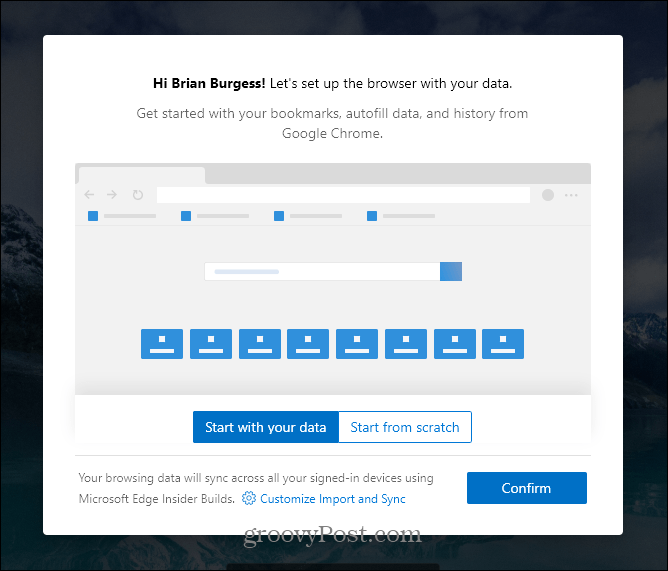 You can also click on the “Customize Import and Sync” link to choose exactly what data imports over. This also lets you choose other browsers like IE or Firefox and allow browsing data to sync between devices. Note that browsing data will sync between machines you’re signed in with your Microsoft account. 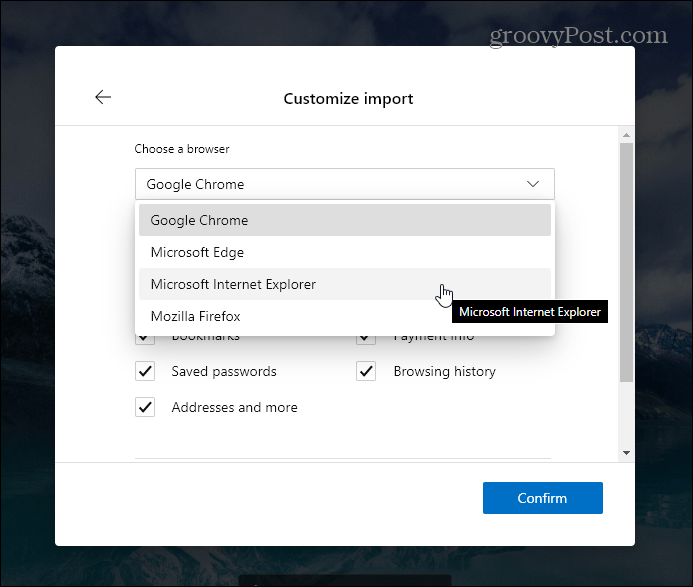 Then choose the new tab page layout to look (you can change it later in Settings) and click Done. 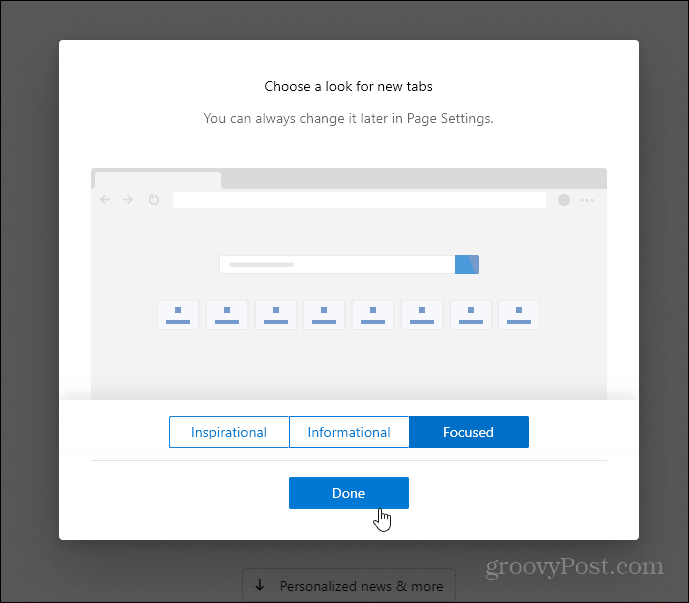 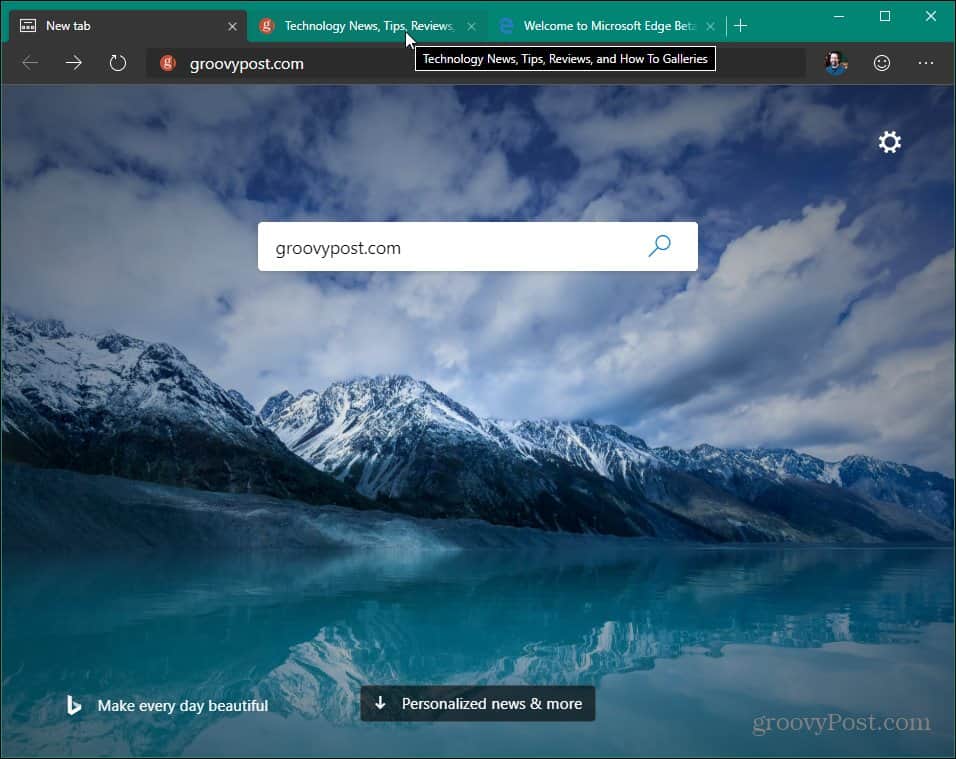 Keep in mind that while this is the most stable version of Chromium Edge Microsoft has released, it’s still a beta. If you run into problems or want to give feedback on something you do or don’t like you can. Click the smiley face in the top-right corner of the browser. 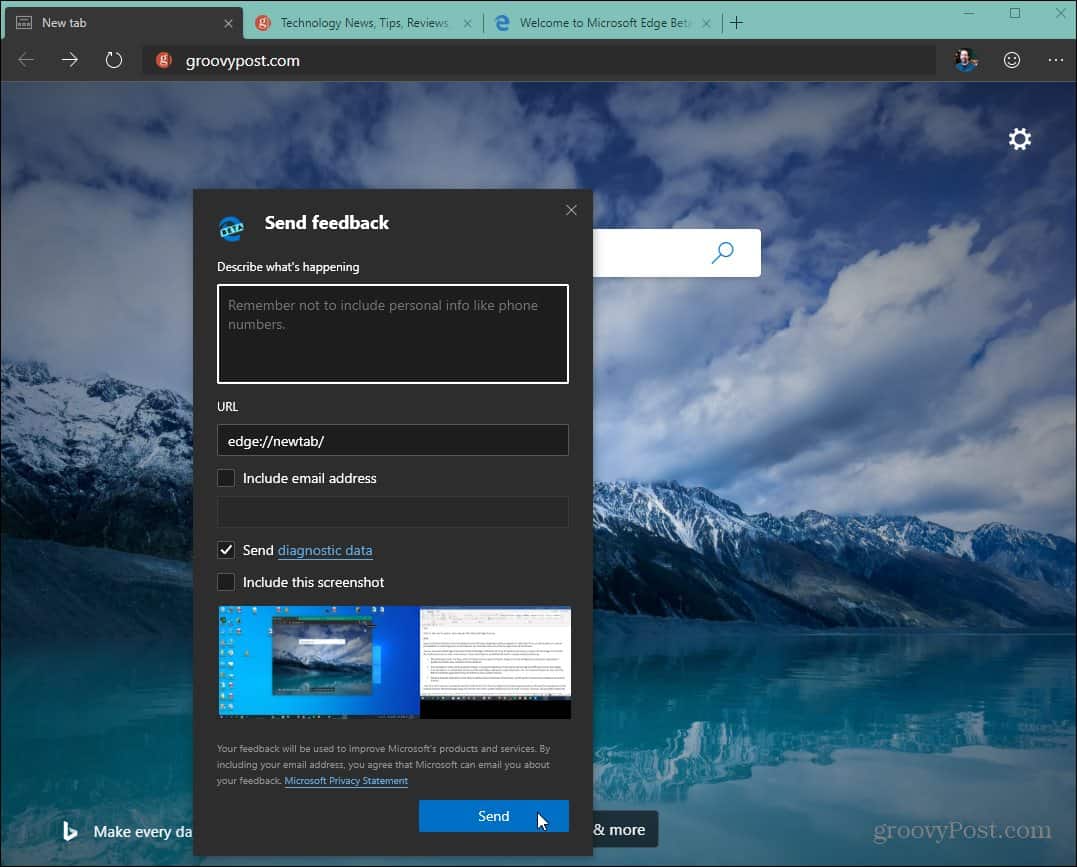 The new Chromium-based Edge is the future of Microsoft Edge on Windows 10. Since it’s based on Chromium, it works a lot like Google Chrome. But Microsoft has put its own twist on the browser. Some of the features and abilities Microsoft is touting include the following:

A few of us here have been running the early Dev builds and have had a great experience. In fact, you can install Chrome extensions and use web apps with it. In addition, Microsoft has stripped a lot of the tracking and other bloats that Google plugs into Chrome. The result is a faster experience, less load on system resources, and better battery life.

If you’re an early adopter and want new features early, you can join either the Dev (updated weekly) or Canary (updated daily) channel. Just keep in mind that those builds will include more bugs and instability.