One of the new features Google touted at its Nexus event last month was the ability to stream Spotify content to the new Chromecast. Here’s how to do it.

One of the new features Google touted at its Nexus event last month was the ability to stream Spotify content to the new Chromecast. Here’s a look at how to do it on either an iOS or Android device.

For this to work, make sure you have the latest version of Spotify installed on your device. You can find the links for the Spotify app for Android and iOS below.

If you’re new to Google’s latest streaming dongle, check out our guide on how to set up the new Chromecast.

Note: You need to be a premium Spotify subscriber to play music through your Chromecast Audio device. Also, you will need to make sure your devices are connected to the same Wi-Fi network.

Launch the Spotify app on your iPhone or iPad and find the track or album you want to listen to. Then tap on Devices Available at the bottom of the screen. 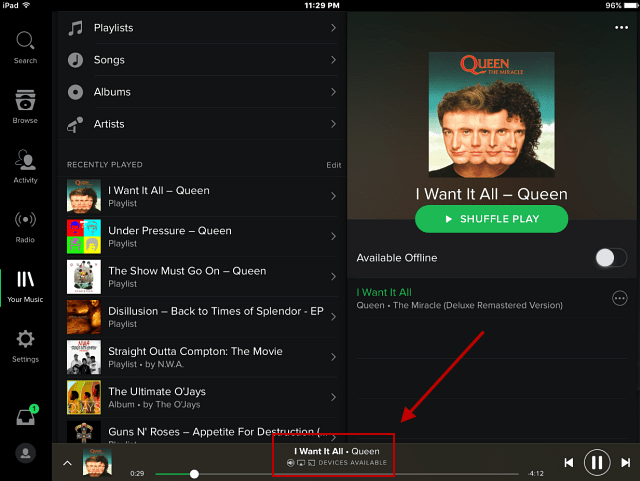 Then select your Chromecast from the list and enjoy your tunes on your TV or speakers. 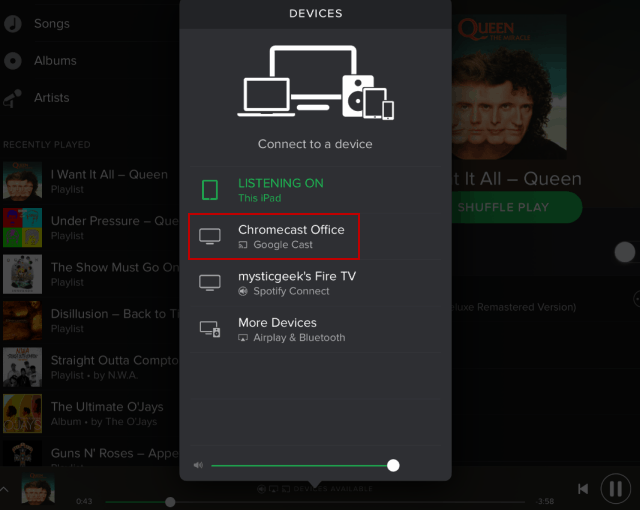 The process is the same on Android; it just looks different. First, start playing your track and tap Devices Available at the bottom. Then select your Chromecast from the list. 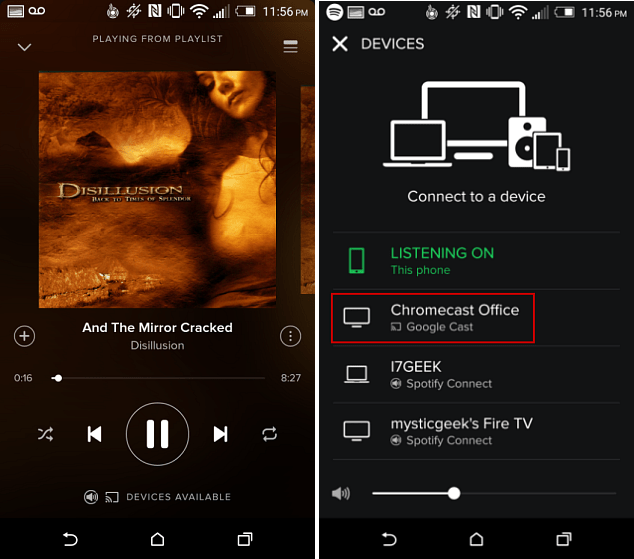 At the time of this writing, Spotify only works with the new Chromecast devices. So if you still own a first-generation Chromecast, you’ll need to wait a few more weeks until it gets a firmware update to allow streaming.

I’ve only used this on the video Chromecast that’s hooked up through my AV receiver, but it’s quite responsive and works faster than the first-gen Chromecast.

It’s also worth noting that you can use your phone or tablet to control playback and flip through songs. If you’re playing it through your TV, you get a cool album view on the big screen.

Give it a shot, and let us know what you think of the feature in the comments below.