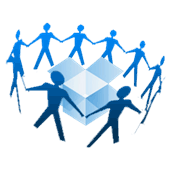 By IT I mean, Information Technology.  Move over Microsoft, let me introduce you to a new offering from Dropbox called Dropbox for Teams.  A new product which takes the Dropbox service we have all come to love and adapts it for the corporation.  Is it any good?  Well, my prediction is in Q1 2011: Dropbox for Teams or the “Dropbox Shared Plan” will save your company at least $10,000 and prevent one stress-induced heart attack (at a minimum). Yeah really…  Stay with me, I’ll explain.

If you read groovyPost with any degree of regularity, you already know that we’re huge huge fans of Dropbox—we all use it personally and collaboratively and it works like a dream. So you can imagine my excitement this morning MrGroove shot me an email outlining his “discovery” that Dropbox is now offering Dropbox Teams for the business as an early access release.

Update: This review is old! We’ve since taken another look at Dropbox for Teams new features, including more storage, Active Directory integration and phone support. Read the updated Dropbox for Teams review to get the scoop.

Immediately my head started to spin thinking about all the practical legacy “IT GUY” applications Dropbox could bring to the small, medium and large businesses including the Corporate environment.  Think about it.  With today’s strategy, unless you want to spend a bazillion dollars with EMC or some other storage vendor, your business / company is probably using Windows File Sharing.  And if you’re really groovy, you might be using Microsoft DFS to virtualize the share naming space.  Even with all that, don’t ya love it when you try to open a document and it says “Sorry, this file is in use… Would you like to open in read only mode?”  How many mass emails have you seen where people are asking who the hell has CLIENTS.XLSX open, and could they PLEASE close it so vital changes can be saved (and how many times has that person been out to lunch)?

Or perhaps you have multiple locations at your company where the employees need to share files from a single file server?  Well for one, it’s hella slow so your pimpin’ IT guy says easy, I’ll just enable DFS file replication right?  Wrong – Microsoft in their brilliance forgot to add file conflict resolution or collision…  and that’s where Dropbox for Teams comes in!

Dropbox for Teams, in their own words,

combines the synchronization, sharing, and security features of traditional Dropbox with new administrative and group capabilities that make it perfect for businesses.

They do so by adding the following features on top of the familiar benefits of personal Dropbox accounts:

Those are just the features that are new and/or improved with Dropbox for Teams. The true beauty of Dropbox for Teams is that it brings all the goodness that is Dropbox to a more collaborative setting that is suitable for enterprise level networks. What about that $10,000 I told you it would save? Oh yeah, I guess it’s time I mention the pricing…

The base account for Dropbox for Teams is $795 a year for five users and 1000 GB of data. Each additional user is $125 and comes with 200 GB more storage. That sounds steep at first, but that includes Dropbox Packrat(more on this groovy feature a bit later), which is a $39 value per user if purchased individually. If you were to purchase five Dropbox Pro 100 accounts individually and add Dropbox Rewind for each one, you’re looking at $1,195, albeit with 500 GB (which you may or may not need).  But that’s not the savings I’m talking about.

The true savings comes with what you don’t have to buy when you get Dropbox for Teams.  Let’s count them off shall we?

Let’s talk about each of these 1 at a time.

See what I’m talking about!  Speaking to just one of these – Dropbox’s native file collision mitigation which doesn’t exist in Microsoft DFS or Windows File Sharing as mentioned earlier—is a true lifesaver. Aside from the hours of on-the-clock time it’ll save you, your also avoiding the costs of paying for a third-party file locking application to work on top of DFS. PeerLock Server, for example, costs $1,399 per license—and if you’re going to be collaborating, you need at least two licenses.

Backup Software?  Again, Dropbox for Teams saves you from investing in costly server backup systems, tape robots and offsite storage by including Dropbox Rewind. As mentioned above, Dropbox Rewind isn’t exclusive to Dropbox for Teams, but it is even more useful when applied to a corporate setting.  Dropbox Rewind automatically saves unlimited versions of each of your files, allowing you the end-user to rollback to any previous version with a few clicks of a button.  No more sheepishly emailing the systems admins guy asking him to undelete your master spreadsheet only to find out the tape already went offsite…  This would have been a godsend at my old job, where we kept folders stuffed with endless ver1, ver2, ver3, ver4, etc. of each file. Honestly, I’m not sure how this is going to work out for Dropbox financially, since they’ll have to harbor an indefinite amount of data in order to keep unlimited versions of each file—but that’s their problem, not yours.  My guess is Amazon is giving them a good deal on storage.

Although not an area where there is any significant cost-savings, you’ll still have to be diligent about keeping your local network and local copies of Dropbox files safe using EFS encryption or some other crypto technology. But, Dropbox has long been as secure as cloud storage can be (that’s a debate in itself, though). Dropbox says that they use the same methods as banks and the military to securely transmit AND store your data, which includes SSL encryption for transmissions to/from the Dropbox server, AES-256 encryption for files stored on the Dropbox server and layers of protection even from Dropbox employees who can only view metadata when fielding customer support tickets. If you want to learn more about the security measures used by Dropbox, read about Amazon S3, which is the service that Dropbox uses to store your files.

Dropbox for Teams is certainly exciting—I’ve wondered for a long time why more businesses don’t user Dropbox and now there are even less excuses not to. The new features are robust enough to truly constitute a new enterprise class of service (they aren’t just repackaging their service for corporate customers) and what made Dropbox groovy in the first place is all there, too. Dropbox for Teams will make life easier internally as well as externally, since you’ll be able to share large files and folders without wreaking havoc on email servers. What’s more, it sounds like the Dropbox crew is already cooking up more groovy features, which makes Dropbox for Teams even more promising.