You don’t have to sync everything in your Dropbox account to all your computers. Here’s how to use the Selective Sync feature to manage synced data on your PC.

If you are using Dropbox at work and home, there is a good chance you don’t want to download content from all folders. Some of your Dropbox folders could contain personal data or items that inappropriate for your particular workplace. Or maybe you don’t want large media files syncing to a computer with low storage space. Whatever the reason, here’s how to manage the Selective Sync feature on your PC.

To avoid problems that can arise from this, you can use Dropbox Selective Sync. It will keep your data backed up in the Dropbox cloud but prevents a particular computer from downloading the files you choose.

What is Dropbox Selective Sync?

By default, Dropbox is set to sync all of your folders. You can change this using the “Selective Sync” feature. Selective Sync does exactly what it sounds like.  It lets you select which folders from your Dropbox cloud storage you would like to download to a computer synced to your Dropbox account.

As said, this can come in handy for work, but it could also be useful for numerous other situations — such as school. Or, perhaps you have a Dropbox folder with 10 GB of data in it. And you don’t need to sync that; you can turn off the one overstuffed folder.

Set Up Selective Sync in Dropbox

To get started, launch Dropbox on your computer. Click your profile on the bottom-left corner and click Preferences from the menu. 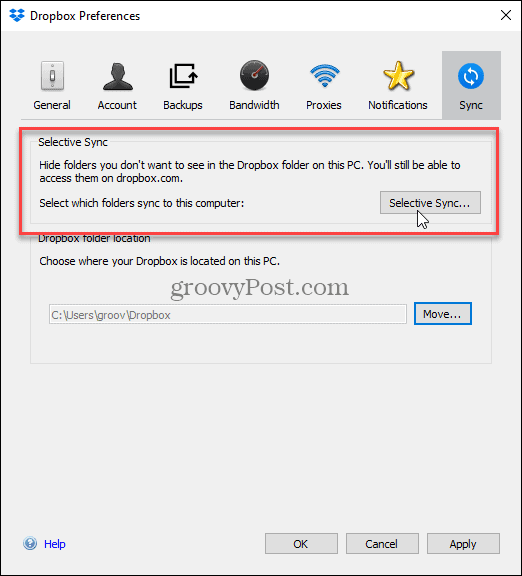 Now go through all of your Dropbox folders and uncheck the folders you don’t want to sync to this PC. Any folder left unchecked will remain in the Dropbox cloud and won’t download to the computer. If a folder is already synced, un-checking, it will delete it locally from your computer, but it will persist online in your Dropbox account. 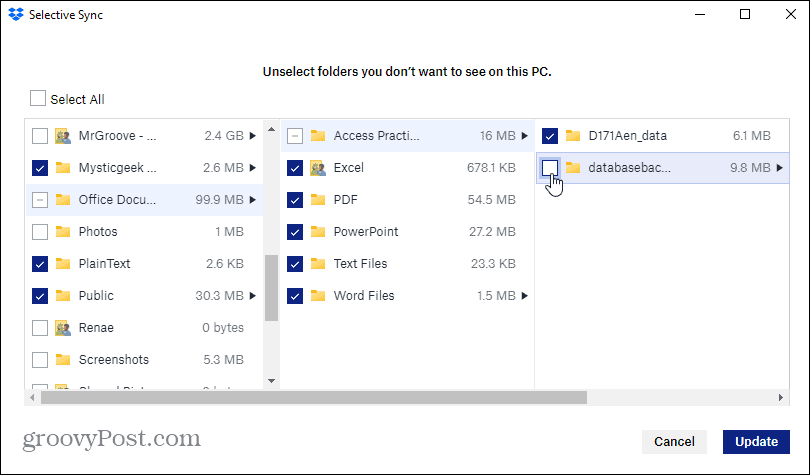 When you are finished unchecking folders, click the Update button in the lower-right corner of the app. 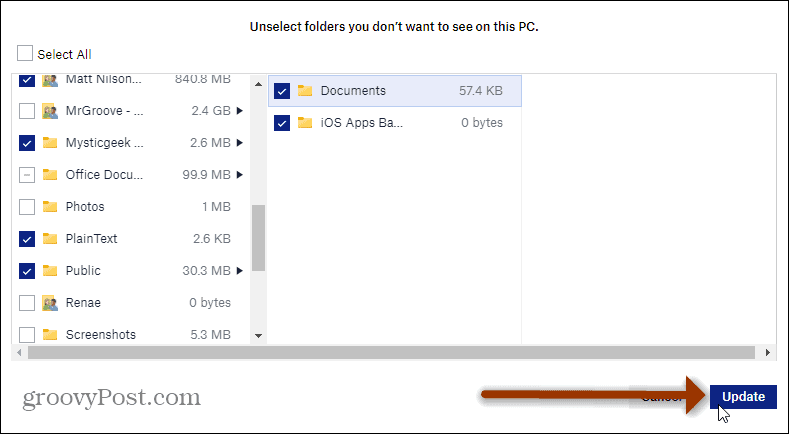 Then confirm you want to make the changes by clicking the Update button again to the verification message. 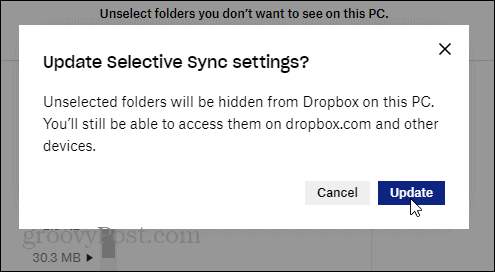 Next, you’ll be brought back to the “Dropbox Preferences” window. Click the OK button to close out of it. 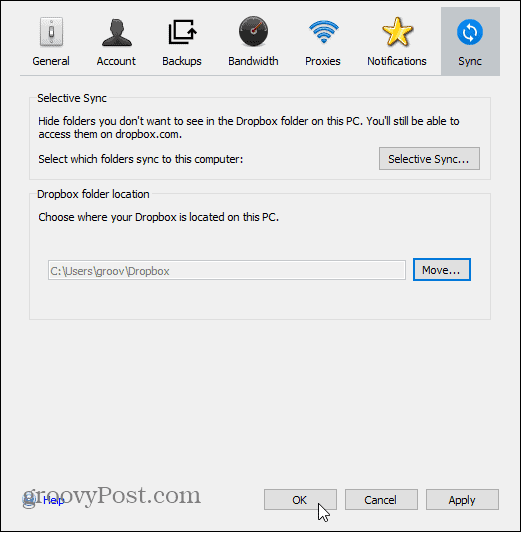 That’s all there is to it. You’ll then see the changes to the folders you selected or unselected syncing in the Dropbox app. 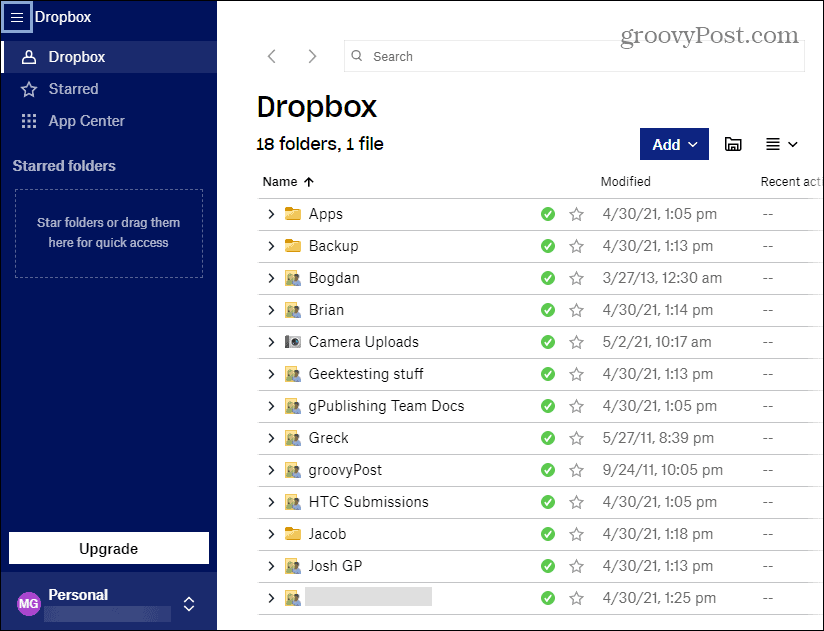 And for more on Dropbox, check out these 10 tips and tricks for the service. Also, you can add Dropbox to the ‘SendTo’ context menu and secure your stored data by enabling 2FA.