You already know that we here at groovyPost love Dropbox. But did you know that Dropbox also offers corporate accounts for businesses? Dropbox for Teams takes everything that’s groovy about Dropbox and throws in a few perks that make it enticing for businesses.

Back in October 2010, we caught wind of a corporate cloud storage solution quietly being rolled out by Dropbox. Now, two years later the folks at Dropbox are giving its Dropbox for Teams offering a bit more spotlight, commensurate with the growing interest in cloud storage for enterprise and small business. Our initial, enthusiastic Dropbox for Teams review was getting a little bit dusty, so today we’re revisiting Dropbox for Teams to see what ’s new since its launch. 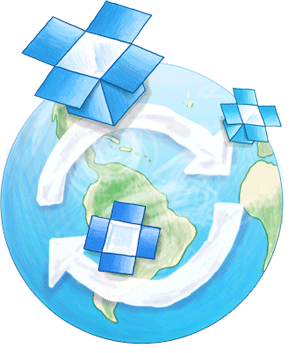 Our previous review of Dropbox for Teams is a good place to start if you’re unfamiliar with the service, but the short story is this: Dropbox is one of the most popular (and in our opinion, the best) personal cloud storage services. Dropbox lets you sync all your files across the web, your desktop (Windows, Mac or Linux) and mobile devices (iPad/iPhone, Android, BlackBerry). It does so with so much simplicity that it almost feels like magic. As a backup and mobility solution, it just works. But it’s also incredibly handy for collaborating and sharing. At groovyPost, we use Dropbox to share common files among our team members, who hail from both coasts in the U.S. and parts of Europe. Dropbox’s stock features can also be useful for more traditional, on-site in-office teams. Namely:

These features, of course, are available to all Dropbox users. And if you’re considering Dropbox for Teams, these are the core features that you’ll be after. But if you are looking to implement Dropbox in a business setting, there are a few perks that are only available for Dropbox for Teams accounts.

As you would expect, Dropbox for Teams gets you a “bulk” discount that ends up saving you a significant amount of money when compared to buying the same number of accounts individually. When we first reviewed Dropbox for Teams, the price was $795 a year for up to five users sharing 350 GB of storage. Since then, they’ve more than doubled the amount of storage to 1000 GB. Each additional user is $125, which also gets you 200 GB more storage.

When you compare that to five individual Dropbox Pro accounts, you are looking at a saving of $200 a year. Dropbox for Teams undercuts Box.net Business by about $100 (*Box.net Business starts at 3 users sharing 1000 GB, which works out to only $540—so if you only need three users, Box.net saves you money). SugarSync undercuts them both on a per user and per GB basis, but their business accounts start at three users. I wasn’t able to determine how much it costs to add a seat to a SugarSync account, but it’s likely less than the base $99.99 per user price that’s baked in to the base account.

Learn more about Active Directory and Dropbox for Teams.

Normal Dropbox users can draw on the Dropbox Help Center for forum/FAQ/ticket-based support. But Dropbox for Teams users get VIP treatment via phone support. Hopefully, one would never need to draw on Dropbox’s technical support (after several years of use, I have never had a need to contact Dropbox for help), but for businesses that can’t afford to wait several hours for a response, Dropbox phone support may come in handy.

For free and Pro accounts, Dropbox saves all previous versions of your files for 30 days. If you have a paid account, you can pay for Packrat as an add-on service.

With Dropbox for Teams, you automatically get Packrat for no additional cost. As with Pro accounts, backed up historical file versions don’t count against your quota.

One of the features that we were looking forward to in 2010 was the ability to customize file/folder permissions on these group shared folders. For instance, you could allow some users to read/write, some users to read only and some users to write only. This might be handy, say if you had a shared folder for students to turn in their assignments. Students could have write-only access (so they couldn’t read other students’ papers). The professor could have read/write (as the owner) and teaching assistants could have read-only (for printing/grading, etc.). This feature, however, has not yet been implemented—though it is on the roadmap. 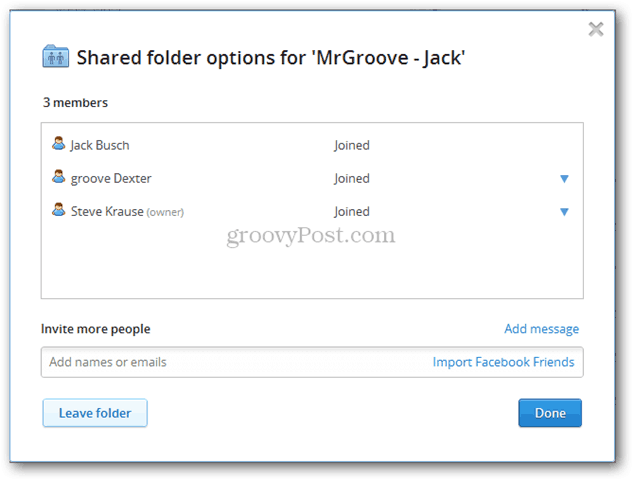 Dropbox for Teams does give you more bang for the buck per GB, centralized account management and a hotline to Dropbox tech support. But it doesn’t do anything special for that other all-important facet of business computing: security. When it comes to protecting your data, Dropbox is reasonably secure. I trust it with my personal information and photos as much as I trust Gmail or my online bank. In fact, Dropbox’s security practices are touted as equivalent to the standards adhered to by banks and financial institutions. Even so, Dropbox for Teams may not be right for your business.

The limitation isn’t with Dropbox as a business, it’s with the technology itself. Cloud storage is too new for it to be addressed by the major privacy and data destruction regulations. Easy accessibility of data for business purposes is a double-edged sword. While it means you can have all your records and documents synced across your laptop, desktop, phone and web archive, it also means that you have that many more vulnerabilities. Long story short, Dropbox is not appropriate for storage of confidential data. Dropbox’s help documentation states that it is not currently HIPAA, FERPA, SAS 70, ISO 9001, ISO 27001, or PCI certified, though it does comply with the U.S. – E.U. Safe Harbor Framework and the U.S. – Swiss Safe Harbor framework.

Overall, Dropbox for Teams could be a groovy solution for your small business. Not only does it make your files accessible anywhere, it’s also a killer backup solution that could potentially save you hours of time migrating data or recovering from system crashes. While there are some downsides, particularly with regard to handling sensitive data, Dropbox can make a world of difference for the right type of business.