If you’re a OneDrive user, sync a lot of data, and on a slow or metered network connection, you can set limits to lower speeds to improve performance.

Microsoft’s OneDrive client, by default, doesn’t limit the speed that which your content is downloaded or uploaded. However, if you’re syncing a lot of data and you’re on a slow or metered network connection, you can limit yourself to a lower speed.

Note: This new feature currently only affects the desktop version and not the UWP OneDrive app that Microsoft released earlier this month. It’s also only being pushed out for Windows 10 users at the time of this writing. However, it will also be rolling out to Windows 7 OneDrive users over time.

To get started, right-click the OneDrive icon on the taskbar and select Settings. 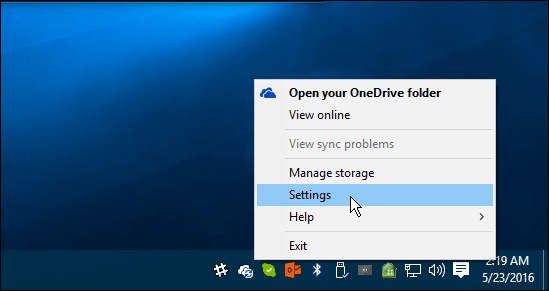 Then select the Network tab, and there you can change the upload and download rates (in kilobytes per second) to something that works better for your situation. Click OK when you’re done to save the changes. 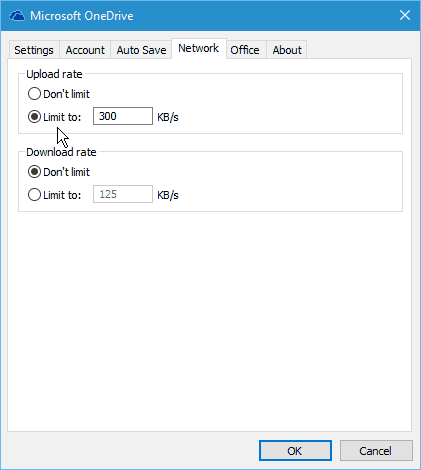 Everyone’s situation will be different, so there isn’t a “perfect setting” for this. You’ll need to do a bit of trial and error with it. After making the changes, do a speed test to get an idea of the rates that work best.

For a quick and easy speed test, you can use the new Fast.com from Netflix that we covered last week. Or, if you would prefer additional diagnostic info, head to a popular and reliable service, SpeedTest.net.

Depending on your situation, you can utilize the selective sync feature to limit the amount of data transferred between your computer and OneDrive. For instance, you might not need to sync large amounts of media files like movies, pictures, and music.

For more on that, please read our guide: How to Choose which OneDrive Folders Sync in Windows 10