Microsoft released the new Universal OneDrive app for Windows 10. It’s cleaner than the web UI but still doesn’t include placeholders like in Windows 8.

Initially, I experienced trouble installing OneDrive on my Windows 10 laptop. It turns out you need to be running the most up-to-date commercial Windows 10 Build 10586.314 or later to use it.

The new OneDrive app is improved and optimized for Windows 10. It features an interface that is friendly to both touch and traditional mouse and keyboard. OneDrive integrates nicely with the upcoming Windows 10 Anniversary Update changes this summer, such as the new Dark Theme. A minimized hamburger menu on the left provides quick access to options such as Search, Account, All Files, Photos, recently accessed files, shared files, and the Recycle Bin. The interface works pretty much like the web-based OneDrive, so users should feel at home. 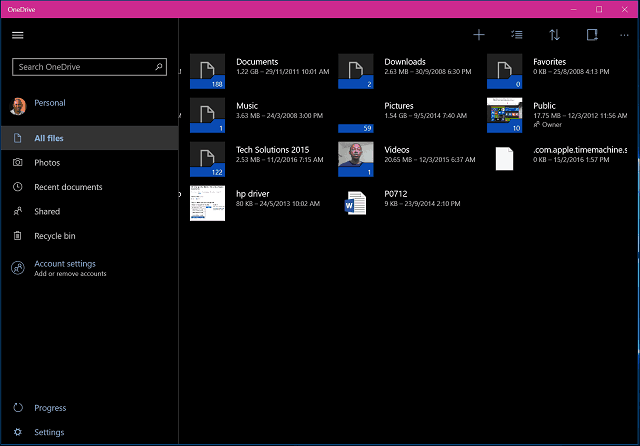 The top right-hand corner of the user interface provides access to tools for managing your files. For example, you can add a file or folder, enable file selection mode, sort your files, create a new folder, or view files as thumbnails. 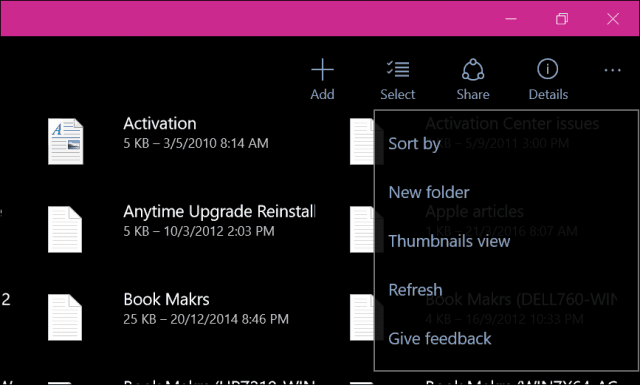 As a file manager, OneDrive works pretty well. I can launch files stored on my OneDrive on-demand, and they download pretty quickly. Searching for files takes a little time, but it works well. 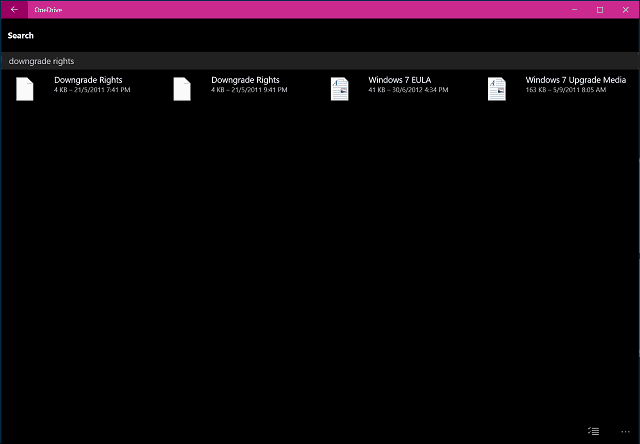 Users have access to OneDrive’s sharing functions, such as inviting other users to collaborate on documents, sharing a link, sending files directly, or view files shared with existing contacts. 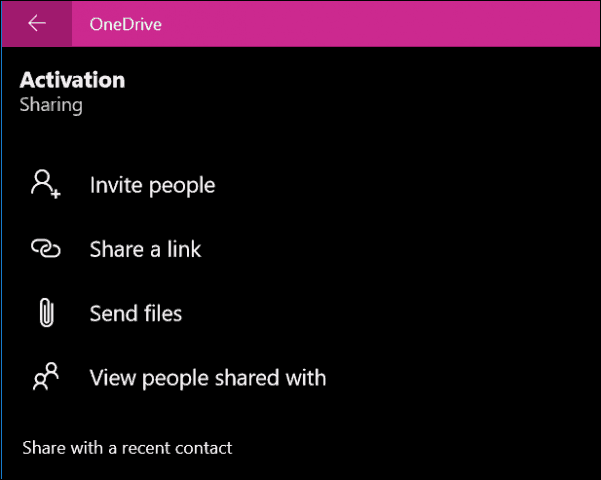 Overall, the new OneDrive app provides a clean and modern interface that’s easy to navigate and manage your data. In fact, you might find it more elegant than the web interface. In addition, the integration with Microsoft 365 and optimizations for touch make it a welcome return. Not to mention the fact that if you subscribe to Microsoft 365, you get 1 TB of OneDrive storage space.