Good news for Microsoft enthusiasts. You can now link your Microsoft account with Movies Anywhere. Here’s how to do it.

Microsoft has finally joined forces with the Movie Anywhere service, which allows you to sync your digital movie collection between services and devices. Movies Anywhere is a free service, and it has already supported movies you’ve purchased from Amazon, iTunes, Vudu, Google, and Fandango. However, Microsoft was a glaring omission.

In fact, earlier this year, I wrote that if Microsoft didn’t join Movies Anywhere, its Movies & TV app would fail – similar to how its Groove Music Pass service was killed off. Microsoft actually made the news available earlier today but pulled the article for some reason. Perhaps the company wasn’t ready to make the official announcement. However, the cat was out of the bag, and the ability to link your Microsoft account is now live.

Linking your Microsoft Account with Movies Anywhere is as easy as linking other services you use. Launch the Movies Anywhere App on your phone or tablet and log in. Then select Manage Retailers from the main menu. 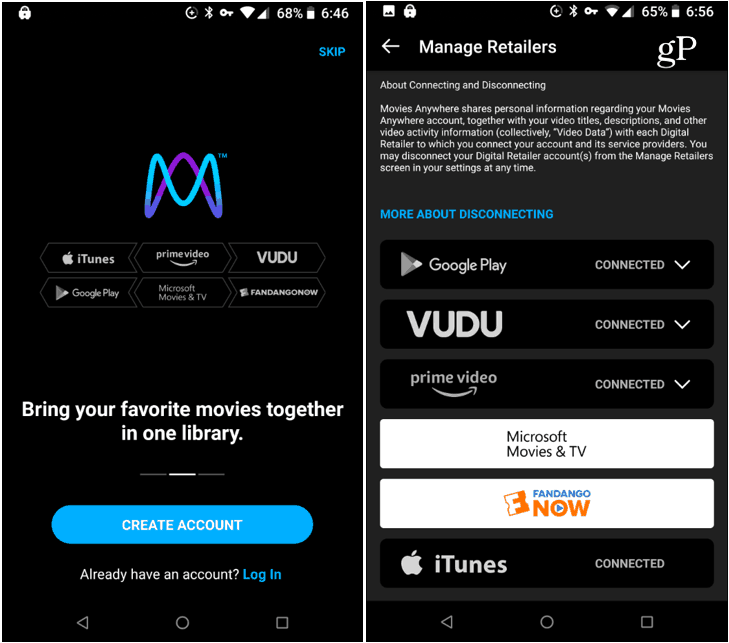 Or, head to Movies Anywhere via a browser on your computer and log in or create an account if you don’t have one already. Click on your profile in the upper-right corner and choose “Manage Retailers” from the menu. Then scroll down a bit, and you will see Microsoft Movies & TV on the list of companies. 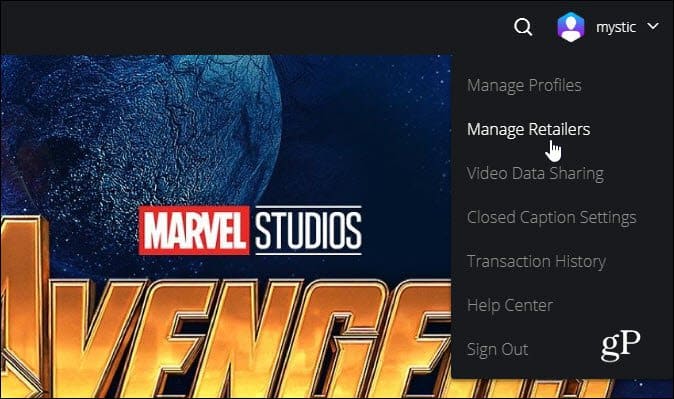 Like with other supported companies, this allows you to sync all eligible purchased movies from Microsoft Movies & TV with iTunes with Amazon with Google Movies…etc. For example, you can buy a movie on your Windows 10 PC, and it will sync to your video library on your iPhone or Fire TV so you can watch it. And, it goes the other way, too. Movies you’ve purchased from iTunes or Amazon Prime Video will show up under the “Purchased” section of the Movies & TV app on your Windows 10 PC and Xbox One. 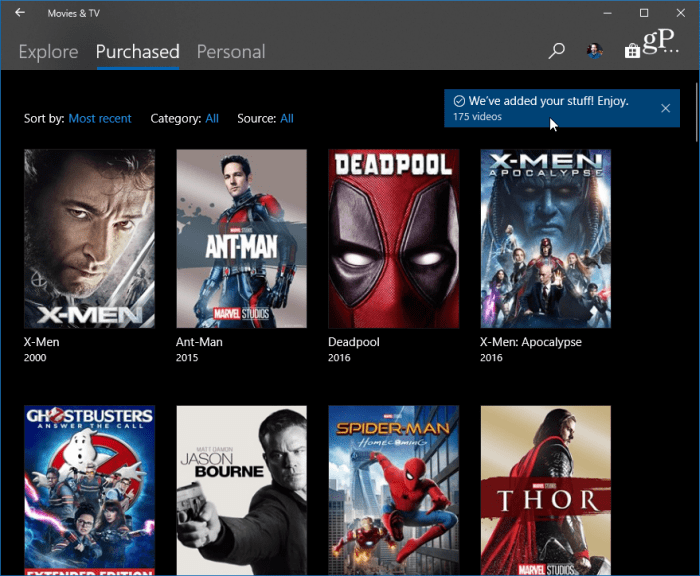 After linking your account, the movies you purchased from iTunes, Google, or Amazon will show up in the Movies & TV app for Windows 10 and Xbox.

Another benefit of this partnership is you can now watch the movies you’ve purchased from the Microsoft Store on your iPhone, Chromecast, Fire TV, Android device, or other supported platforms. The Movies & TV app isn’t available on other platforms, but the Movies Anywhere app is. Just launch it, and you should see the titles you’ve purchased from the Microsoft Store.

Now, if you’re new to Movies Anywhere, there are few caveats. First off, not all major movies studios are supported. Out of the major studios, Paramount, Lionsgate, and MGM are still holding out. But it does include major studios like 20th Century Fox, Universal, Sony Pictures, and Warner Brothers. Also, at the time of this writing, Movies Anywhere is still only available in the U.S.

Still, this is great news for Microsoft faithful, who have been holding off on purchasing movies from Microsoft. It revitalizes the Movies & TV app for Windows 10 and provides an incentive to watch movies on Xbox One. Now, if only there were a similar syncing service for TV shows.