Movies Anywhere is a movie locker to watch movies from a central place regardless if you bought the flick from Google Play, iTunes, or Amazon.

Buying digital copies of movies online is a simple affair. However, watching those movies typically requires you to be in the same ecosystem you bought it from. The most obvious example would be iTunes. But now, a bunch of big Hollywood studios has joined forces to create a new digital movie locker called Movies Anywhere. This would allow you to watch movies from a central app on virtually any platform regardless if you bought the flick from Google Play, iTunes, or Amazon.

Karin Gilford, General manager for Movies Anywhere, said in the announcement, “Movies Anywhere means that consumers never have to remember where they purchased a film or which device they can watch it on because all of their eligible movies will be centralized within their Movies Anywhere library and available across platforms through the Movies Anywhere app and website and also available at their connected digital retailers. And as Movies Anywhere continues to add more studios, retailers, and platforms, the entertainment possibilities are endless.”

This new service has evolved from Disney Movies Anywhere, which lets you view your content across devices and platforms but is limited to Disney properties like Star Wars, Marvel, and Pixar. Movies Anywhere will include movies from major studios like 20th Century Fox, Universal, Sony Pictures, and Warner Brothers.

Using the free Movies Anywhere app or website, you can access eligible movies by connecting your Movies Anywhere account with your iTunes, Google Play, Amazon Video, or Vudu accounts. The app works on most major platforms like Android, iOS, Windows, Roku, Chromecast, and it is browser-based. So, if you bought a movie on iTunes and wanted to watch it on Android, if the title on Movies Anywhere, you can. 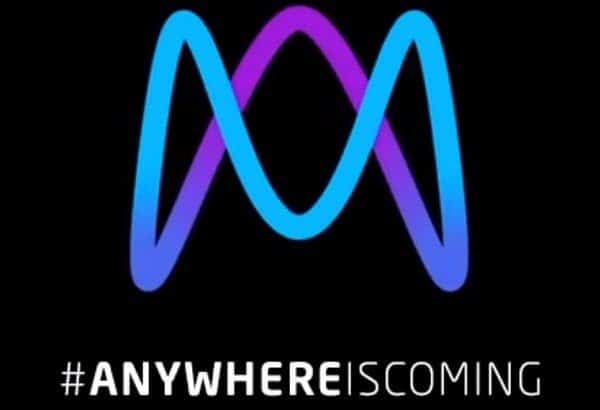 Initially, the Movies Anywhere library consists of just over 7,300 titles which means not every movie you’ve bought will be available right away. But keep in mind that more content will become available as new studios get on board, like Paramount and Lionsgate, and as existing studios get comfortable with this service and make titles available.

There is also a special promotion to help celebrate the launch. If you link two or more accounts to Movies Anywhere, you will get free copies of five different movies from each partnered studio. At the time of this writing, the site is still in a holding pattern with an animation and hashtag #AnywhereIsComing. But it should be live at some point today — hopefully by the time you’re reading this.

This new service looks to replace the failed UltraViolet technology popularized by VUDU. It should help solve the problem of accessing your content across different services and devices. Let’s hope this works as advertised and the Hollywood studios don’t screw it up.

Have you started using Movies Anywhere yet? Leave a comment below and let us know if you like it or not so much.