Vudu to Go is a cool video service that lets you convert your Blu-ray and DVDs at home and store them in the cloud to watch later on multiple devices.

Update: Vudu to Go is no longer supported. To get your movies on digital these days, you purchase the DVD or Blu-ray and enter in a code or scan the barcode with your phone and have it available for streaming.

Vudu is an interesting on-demand streaming video service from Walmart. It’s similar to other streaming services like Amazon Instant Video that let you purchase or rent movies and TV shows. But it also has another cool feature that lets you convert your Blu-ray and DVDs at home and store them in the cloud to watch later on multiple devices. Plus, with the Vudu app, it’s easier than ever to convert physical discs to digital. Then watch them on any device with Movies Anywhere.

Vudu to Go (no longer supported)

Download and install Vudu To Go on your computer. As a heads up, it requires Adobe Air. If you don’t have it, the installer will grab the latest version for you. 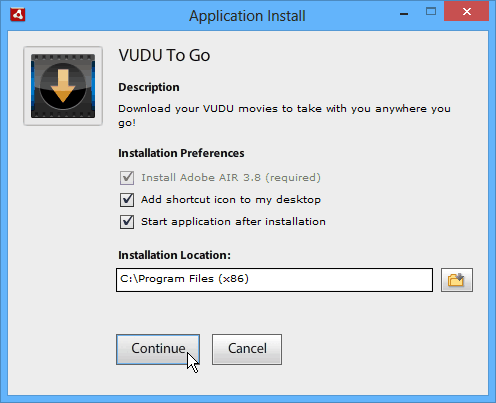 Sign in to your account and select the Disc to Digital tab. Then pop in your DVD or Blu-ray disc. When you first sign up for Vudu, the first disc is free; then it is two bucks per DVD in standard definition or $5 for HD. If you’re going to do 10 or more in bulk, you get 50% off. 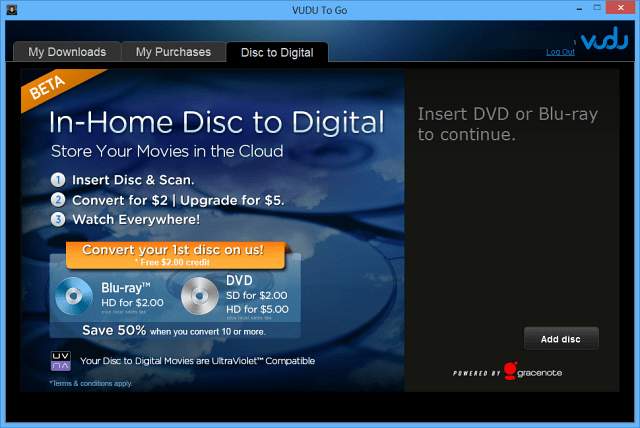 When you pop in the disc, Vudu will analyze it and see if the title is in its database of movies. If so, it adds it to your account, so there’s no actual lengthy disc conversion that takes place. 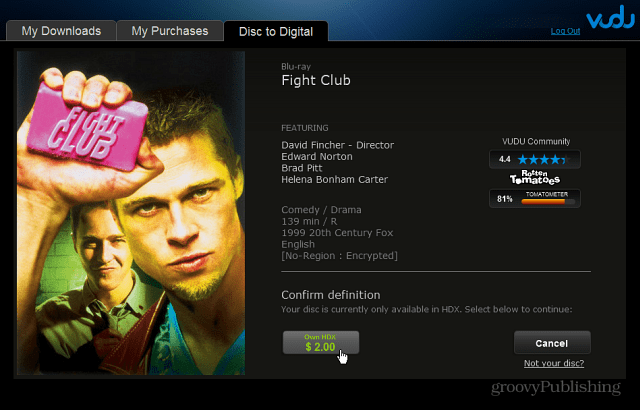 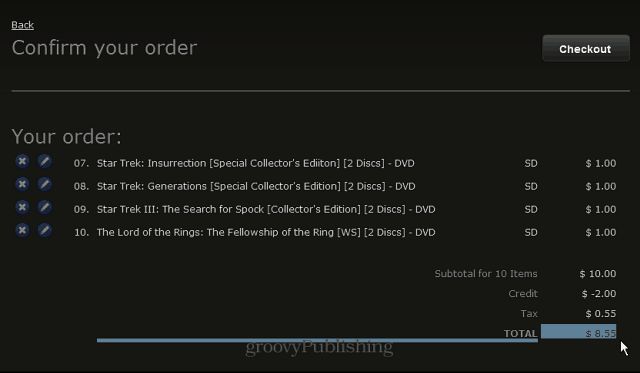 Another cool incentive Vudu gives you is 10 free movies when you create a new account. You can’t pick the titles, they add them to your library, and while it’s not the greatest selection, they’re free, so why not? 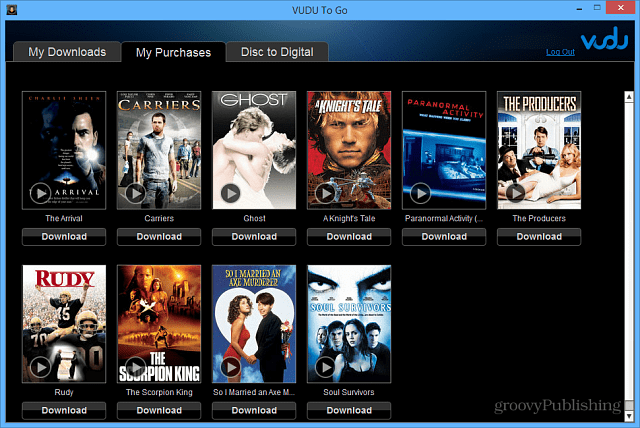 While testing the service out, several DVDs in my collection weren’t available. For example, I have a lot of live concert DVDs, and none of them were recognized. When I tried the Trekkies DVD, it advised me to bring it to a Walmart store – which I haven’t tried yet. If you don’t want to use this feature from home, you can bring your discs to Walmart and have them do it for you. 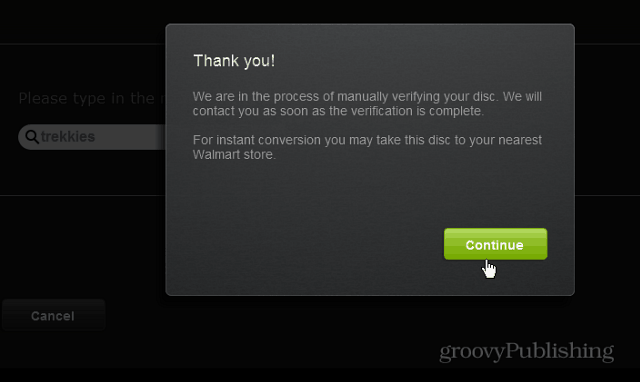 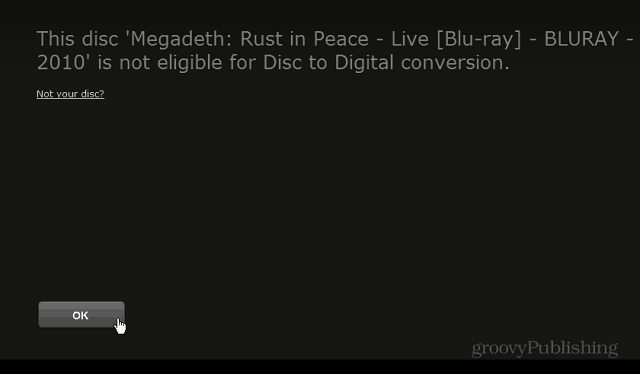 The player on Windows and other devices is mediocre; it just has the basic playback controls. Streaming high-quality video formats over WiFi via the mobile app has many stuttering and buffering on smartphones and tablets. Of course, your mileage will vary depending on the quality of your WiFi router and network speed. I experienced many buffering timeouts on Xbox 360 and Roku over WiFi, so I recommend hardwiring them in if you can. 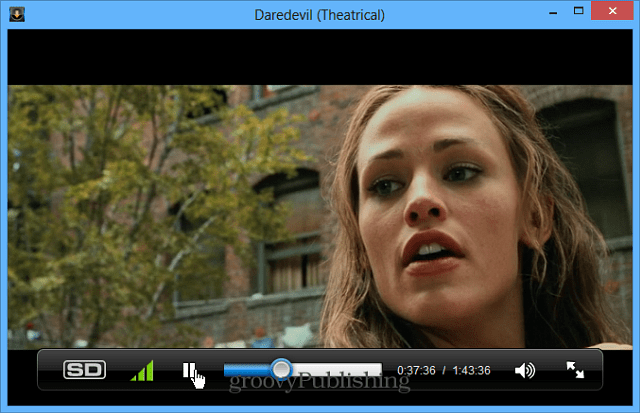 The same goes for the mobile devices; when streaming in high quality over WiFi, there seemed to be a fair amount of buffering. 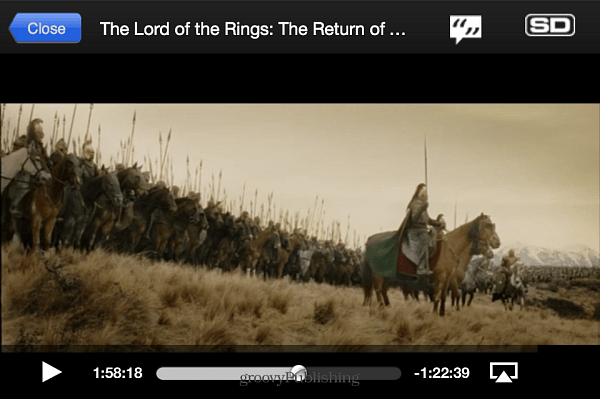 There’s a Vudu app for Xbox 360, Roku, Android, PlayStation 3, some Blu-ray players, Vudu-enabled HDTVs, and a few other set-top boxes at the time of this writing. While there isn’t an app for Vudu on Apple TV, you can use the iOS app on your iPhone or iPad and stream the content via AirPlay. Once developers and Google start taking the Chromecast seriously, it would be nice to see it for that too. 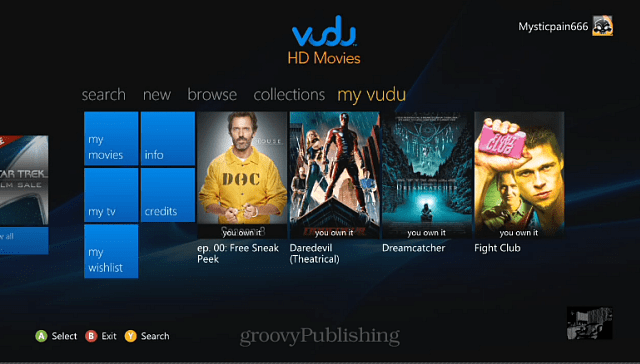 What I like best about this service is I don’t need to go through the long, tedious process of ripping my discs to MKV, for example. Then storing them on external drives, NAS, or my home server. Also, since it’s available on most mobile devices, it’s easy to access movies on the go. Of course, it would be nice to see a Vudu app for Windows Phone and Kindle Fire.

Unfortunately, not all of the DVDs and Blu-rays in my collection are compatible. So if you’re a music enthusiast like me or have a special interest in documentaries, you’re going to have to deal with that. But if you have popular titles, this service is worth taking a look at.

You don’t need to pay a subscription fee either. You pay for movies you rent or purchase and the discs you add from your collection via the Disc to Digital feature. I only had to pay a bit over eight bucks and now have 20 movies in my Vudu collection to get started. If I find I don’t use the service enough or playback issues don’t improve on mobile devices, it only cost me the price of one month of Netflix or Hulu Plus…not bad!