Microsoft rolled out the latest update for Windows 10 this week, but some users aren’t getting it yet. No worries. Here’s how you can install it yourself.

This week Microsoft released the latest major update for Windows 10 dubbed the Fall Update or version 1511. Unfortunately, some users have complained that they do not see it via Windows Update. If that’s what’s happening to you, here’s how to upgrade your PC manually using the Media Creation Tool (MCT).

Update 11/24/2015: OK, Microsoft has once again added the November Update back to MCT. These instructions will now work as described below. For more, read the official statement from Microsoft regarding the issue: Windows 10 November Update Restored to MCT and Windows Update.

Update 11/22/2015: Microsoft has yanked the November Update from the MCT. The company did this quietly on Saturday, so for the time being at least, you won’t be able to update to Version 1511 Build 10586 using this method. For more information, read our article: Microsoft Pulls Windows 10 November Update.

Why am I Not Getting the Windows 10 November Update?

The first thing to point out is that not everyone will see this update at the same as Gabe Aul posted on Twitter. So if you can be patient, the update should arrive via Windows Update in the next day or two.

Microsoft has provided a few scenarios on why you might not be seeing the update yet on its November Update FAQ page shown in the shot below.

Whatever the reason is that you do not see the November update, you might not want to wait. If that’s the case, no worries, it’s easy to upgrade manually.

Note: As always, before going through with this type of major system upgrade, make sure to take sensible precautions and backup your files and create a system backup. Also, this will NOT perform a clean install and wipe out your apps or data. It will just update you to the new November update.

Download the Media Creation Tool from Microsoft – just scroll down the page a bit to download it. 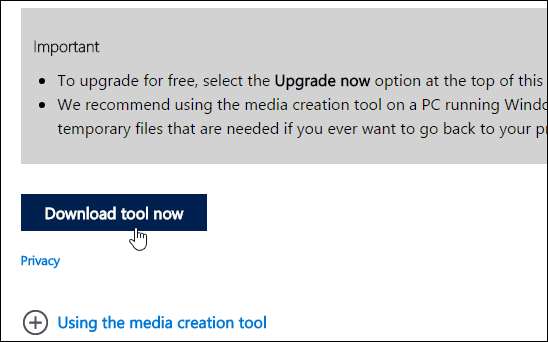 Next launch the MediaCreationTool.exe file you just downloaded. 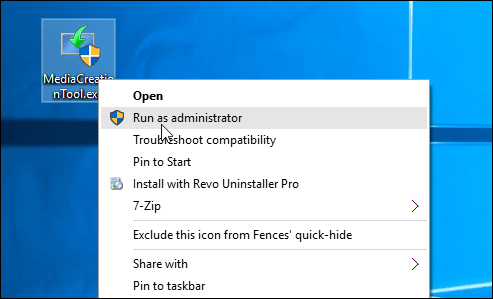 When the wizard comes up, the default selection will be Upgrade this PC now (which is exactly what you want to do) and select Next. Don’t choose the second option as that’s for creating media for doing a clean install. 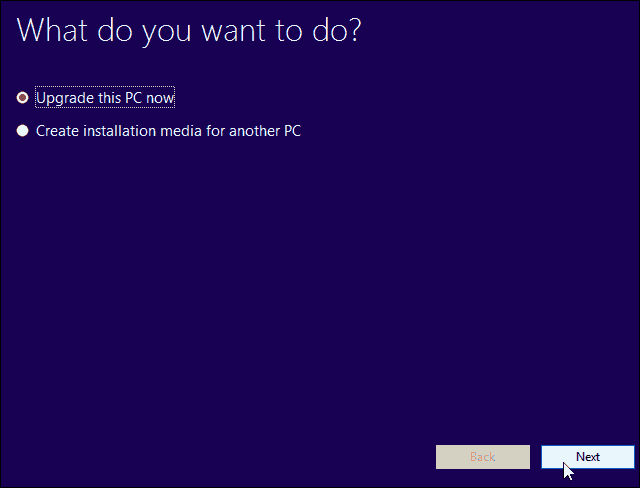 Continue following the wizard and accept the license terms. Wait while the tool checks Microsoft servers for the latest version of Windows 10 – which is the November update, and downloads the bits. The amount of time it takes to download and install the update will take a good chunk of time, so grab a coffee or beer while you wait.

Your system will restart and go through the upgrade process. When it’s all done, launch the Run dialog from the hidden quick access menu and type: winver and hit Enter. 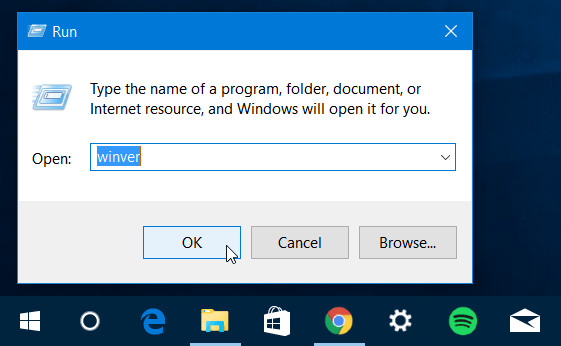 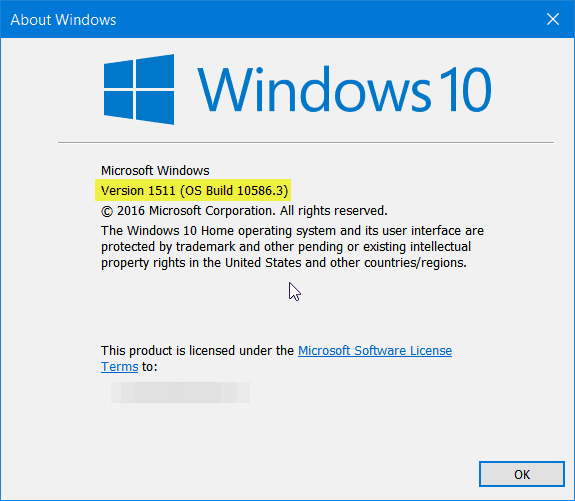