Microsoft today released its latest big update for all Windows 10 users. Here’s a look at what’s new and what you can expect from Windows 10 Fall update.

Microsoft today released its latest big update for all Windows 10 users. This update is what we would previously refer to as Service Packs, but now that Windows 10 is operating as a service, the company is referring to version 1511 or build 10586 as the November update.

Members of the Windows Insiders program have been evaluating new builds for this update since the initial July release of Windows 10, which was codenamed Threshold 2 (TH2).

There is a decent amount of improvements in this update. There isn’t a single new blow away feature, but instead are hundreds of tweaks and enhancements that that make Windows 10 more secure, reliable, and make Windows 10 feel more well-rounded and complete.

An updated color scheme will make a lot of users happy. When Windows 10 was initially released, it looked bland with just a white title bar. Now you can add color to it to make it feel more like the Windows you’re used to. To set it up go to Settings > Personalization > Colors. Then turn off the Automatically pick an accent color for my background option. That will bring up a palette of accent colors you can choose. Also, notice in the screenshot below that system icons received a design overhaul, too. 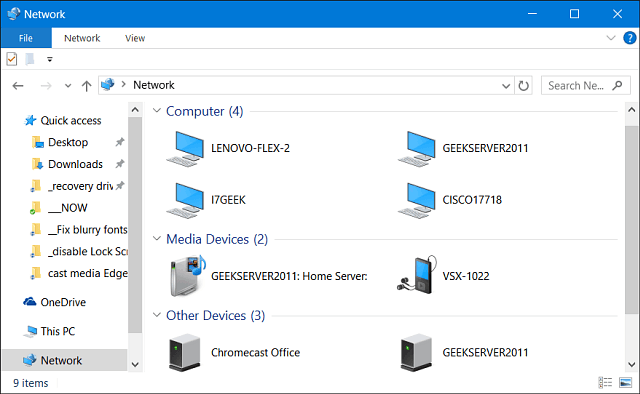 Title bars get color and are less bland. System icons also have received a makeover for a more tight modern look.

Improved context menus have a new consistent modern look and are spaced out better for easier use on touch-based devices. 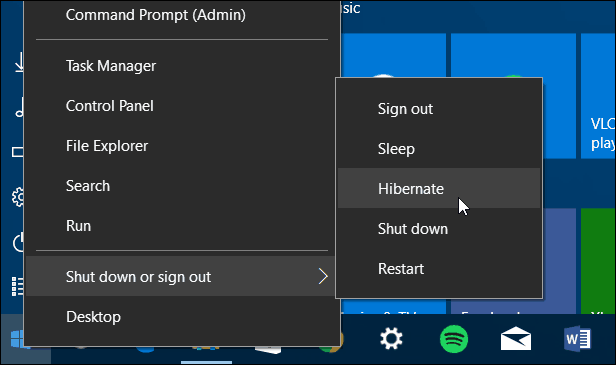 Start menu improvements include the ability to show more tiles (up to 2048) and create a fourth column. With the new context menus, you have an improved way to manage tiles i.e. resizing and pinning items. 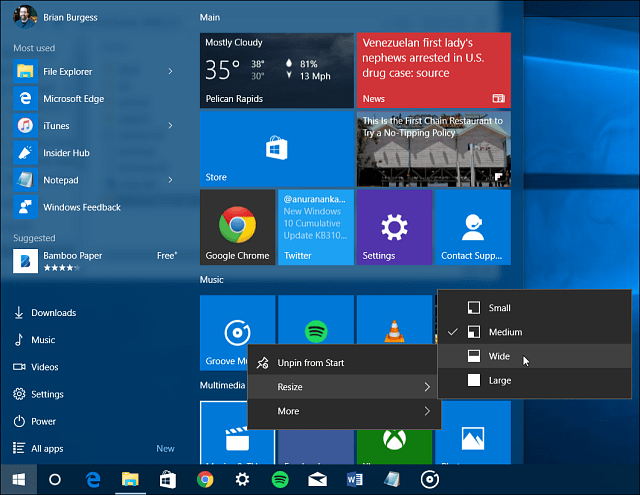 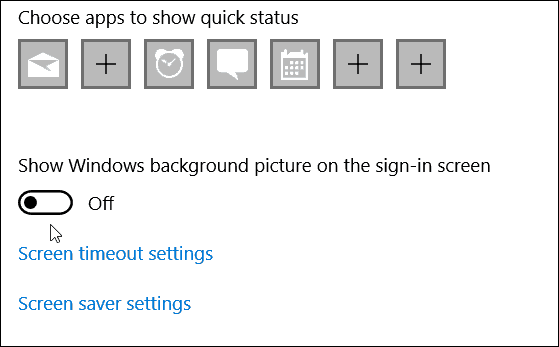 Installing apps to external storage devices is finally available. This lets you put larger sized apps (like games) on an SD card or another external drive and save space – a perfect solution for users with an SSD with lower storage capacity. 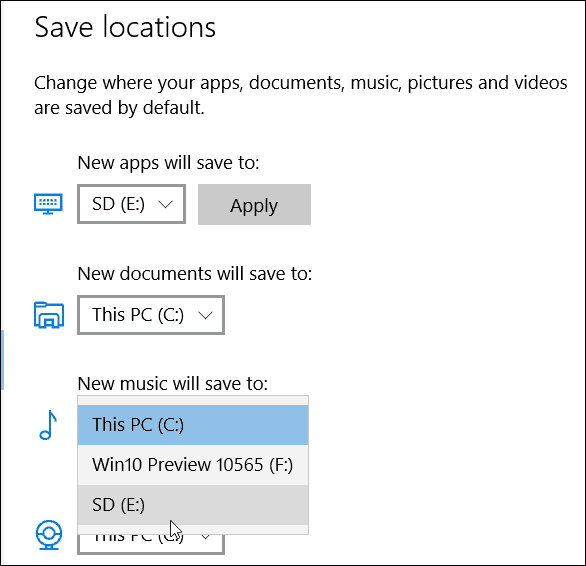 Microsoft Edge gets new features but unfortunately, the one we all want the most – extension support – isn’t one of them. The new features that are available, though, are syncing Favorites, Reading list items between PCs, tab previews, and casting media from sites like YouTube or Facebook to Miracast or DLNA devices. 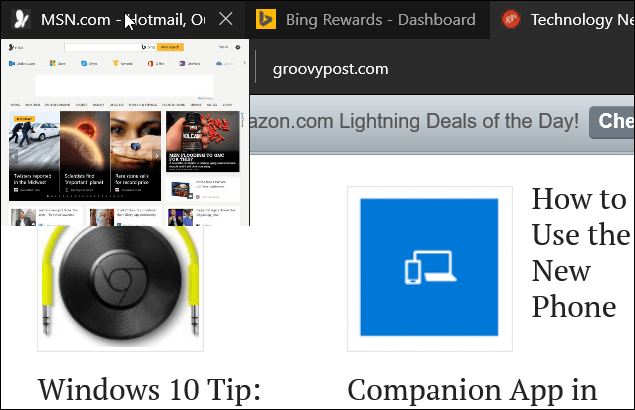 Cortana gets a large number of improvements in this update. You can now use it with local accounts as well as your Microsoft account. Cortana can also keep track of your booked events like concerts and movies via email confirmations. It will also provide you a reminder two hours before the event start time. Ask Cortana is a new feature that allows you to highlight text while reading a PDF in Microsoft Edge. And, if you’re a person who uses a pen with Surface, Cortana understands your inked notes and digital annotations. 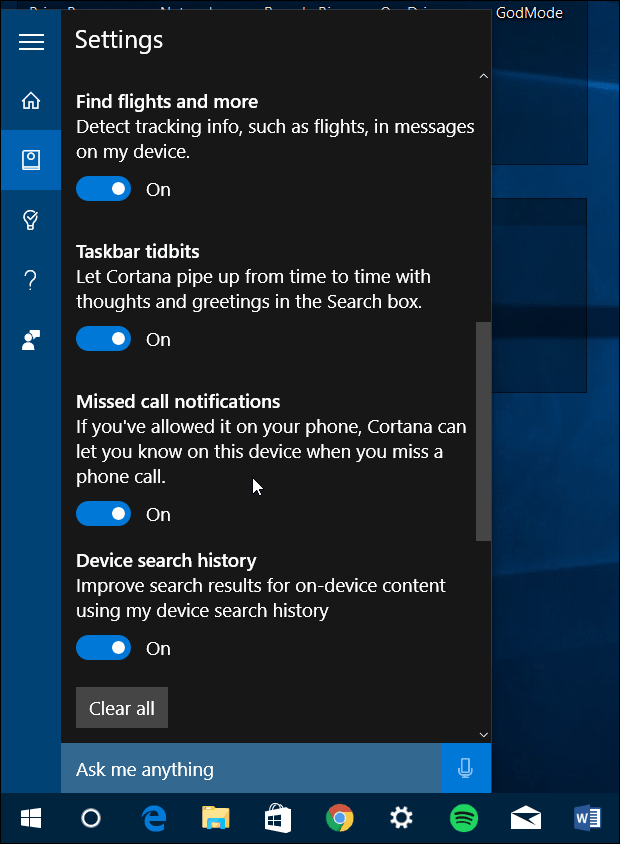 A ton of new app updates will be in this build and improve upon the built-in apps and those you’ve downloaded from the Store. 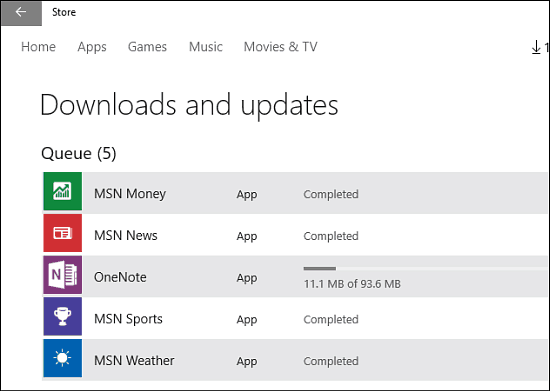 How Do I Get the New Windows 10 November Update

Getting the new Update is simple. Just head to Settings > Update & Security > Windows Update. Or, if you don’t care to get a jump on it, the update will install automatically, just like previous updates. This update will install like previous cumulative updates you’ve received in the past, of course, this will be larger and take longer to install, and restart is required. 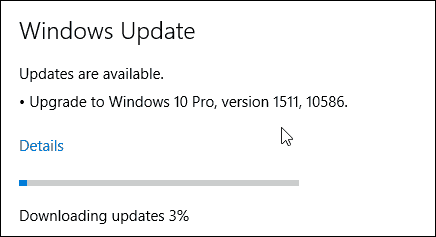 This latest new update is rolling out in stages, and not everyone is going to see it at the same time as Microsoft exec Gabe Aul posted on Twitter.

Update 11/13/2015: It’s the day after, and several users have said the update hasn’t arrived yet. If you fall into this boat, you can update manually using Microsoft Media Creation Tool.

If you aren’t running Windows 10 yet but are ready to make the jump, make sure to read one of the following articles to get started:

When you do an upgrade, you’ll be going directly to the latest version of Windows 10 which includes the latest update. You shouldn’t need to worry about upgrading, and then updating the upgrade.

Over the coming weeks, we’ll be taking an in-depth look at some of the new features and improvements.

What is your opinion of the new features offered in this update?

Let us know in the comment section below. And if you’re having trouble with the update or want to talk more about the fall update with other Windows users, head over to the Windows 10 Forums.