Microsoft introduced a new Hero image with Windows 10. It looks good but if you find that it’s too dark or aren’t a fan, you might want to get rid of it.

Microsoft launched Windows 10 with a little pizzazz back in July. Leading up to its big launch of the new OS, the company worked with San Francisco graphic designer Bradley G. Munkowitz to create a new Hero image. Establishing it used special lighting effects that became the default image you see when you start up your Windows 10 device or PC.

It looks good, but if you find it’s too dark or aren’t a fan of it, you might want to get rid of it. 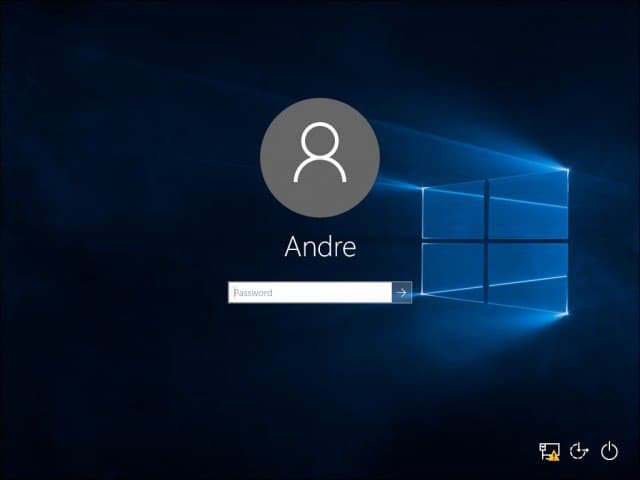 The default Windows 10 Sign in screen with Hero image.

The initial public build of Windows 10 (10240) did not have a built-in option to disable it. However, some third-party solutions became available. Unfortunately, they did not work as intended. We detailed our experiences trying to use one of them. Thankfully, Microsoft started listening to the complaints and added an option to disable it in the November Update within the Personalization settings. Let’s take a quick look at how to do it.

To disable the Hero image, go to Start > Settings > Personalization. 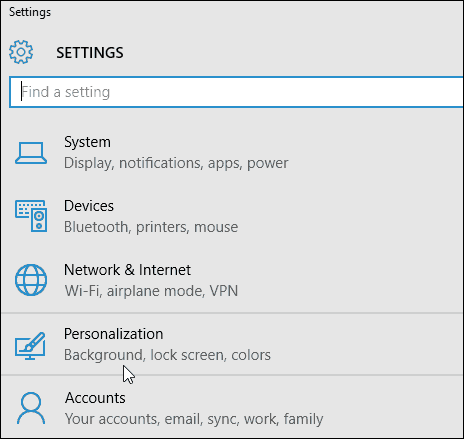 Next select Lock Screen from the left pane. Then scroll down and toggle off Show Windows background picture on the sign-in screen. 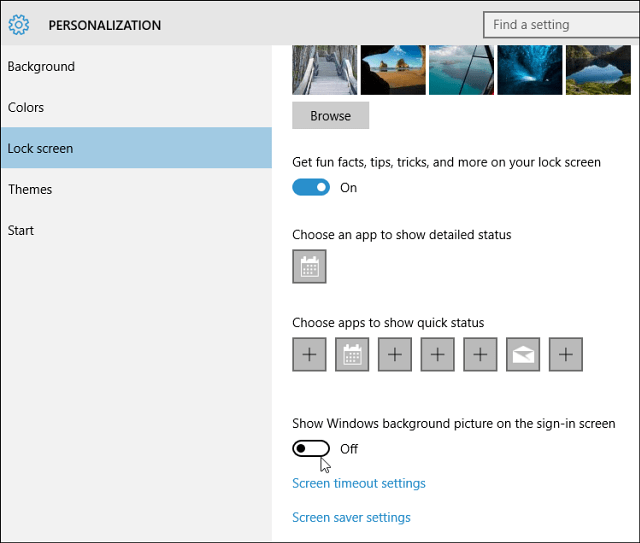 That’s all there is to it! To verify it works, just hit Windows Key+L to lock your PC, and you’ll see the background image is gone. Instead, you’ll see a simple solid blue background. 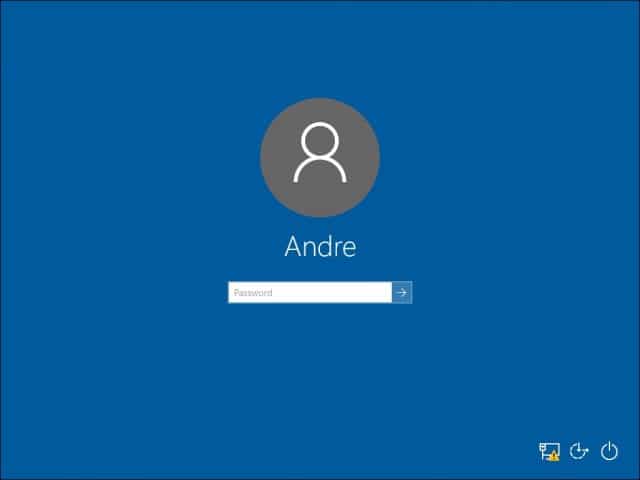