The Aero Shake feature started with Windows 7 and is still enabled on Windows 10. But you can turn it off. Here’s how.

One of the features of Windows 10 that has actually been around since Windows 7 is called “Aero Shake.” It allows you to quickly minimize all open windows except the currently active one you have open. Click and hold the window’s title bar, shake it back and forth and everything will minimize except the window you’re shaking. You can also select the window you want to stay open and use the keyboard shortcut Windows Key + Home and the other screens will minimize.

While this can be a handy UI feature, it can also be annoying. Sometimes you accidentally shake a window and everything disappears from the desktop. Then you have to go and relaunch what you were working on. It doesn’t seem to be as sensitive as it was on previous versions of Windows, but it still can be an annoyance. If you aren’t a fan of the feature, you can turn it off. Here’s how.

On current versions of Windows 10 like version 20H2, turning off the feature is simple, but you need to disable the Windows Snap feature, too.

Click the Start button or hit the Windows key and click on Settings. Or use the keyboard shortcut Windows Key + I to open Settings. 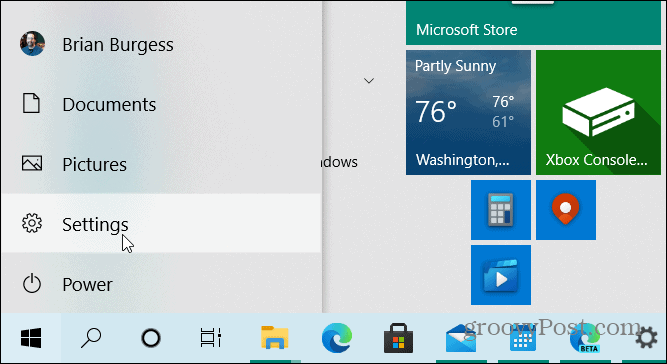 When the Settings menu opens up click on System.

On the “System” page click on Multitasking from the menu on the left. Then on the right turn off the “Snap Windows” switch. 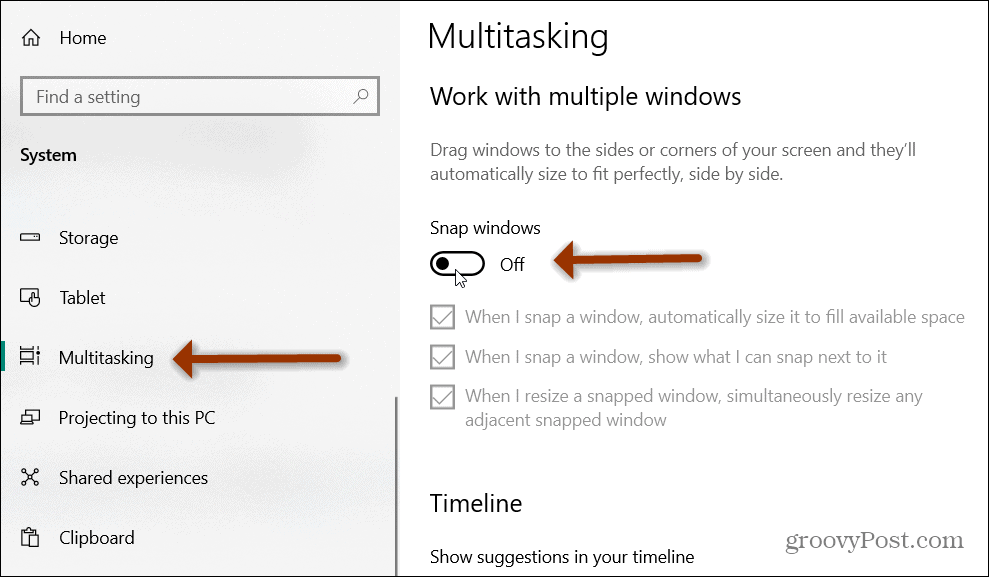 That’s it. When you test out the Aero Shake feature it will no longer work. However, if you rely on the Windows Snap feature, you might not want to disable it. Or, when you need it just go back into Settings and turn it back on. Or, refer to hacking the registry to turn off Aero Shake. The directions are for Windows 7 and 8, but it still works on 10.

Starting with Windows 10 build 21364 (which is in beta at the time of this writing). You will be able to turn off Aero Shake in the Settings menu.

Go to Settings > System > Multitasking and under the “Title bar windows shake” section turn off the switch for “When I grab a windows title bar and shake it, minimize all other windows. 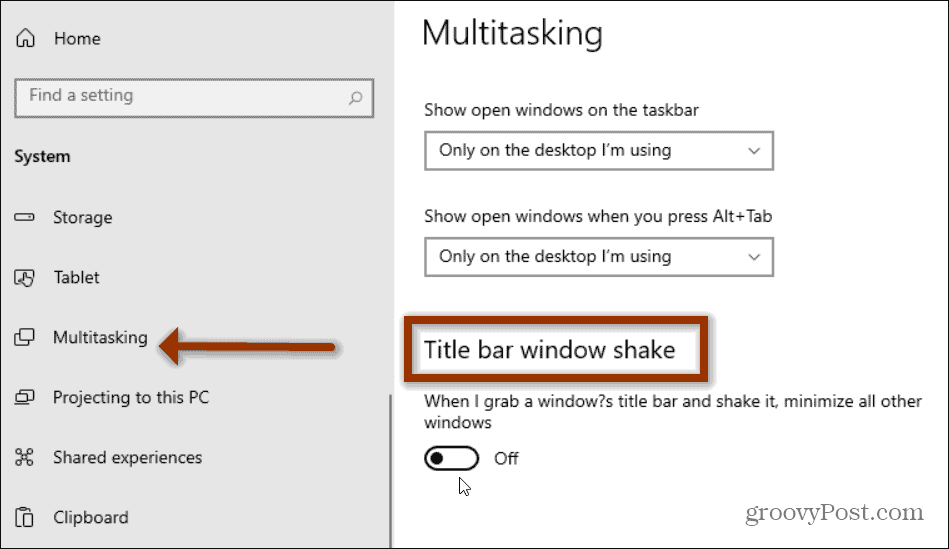 That’s all there is to it. Luckily, Microsoft will be releasing a future update that will make the process easier. And for more on getting rid of annoying Windows 10 features, check out how to disable the News and Interests taskbar widget.