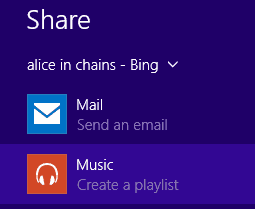 Bing is more than a search engine and is deeply integrated into Windows 8.1. Here’s a cool way to create music playlists with Bing search and XBox Music.

Bing is more than just a search engine and is deeply integrated into Windows 8.1. For example, if you do a search, Bing looks on your local drive, SkyDrive, and the Internet to give you several results. Another feature that is, in my opinion, greatly improved is Xbox Music. And using them together allows you to create music playlists in an interesting way.

To use this feature, pull up the modern version of Internet Explorer 11 and use Bing to search for a band or artist. Then hit Windows Key + H (or swipe from right to left) to bring up the Share charm and select Music. 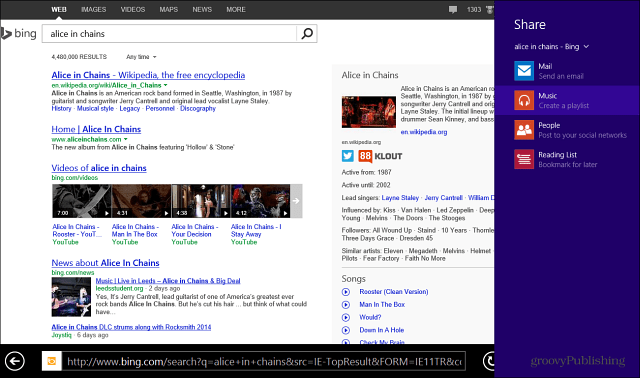 Now wait while the music you’re looking for is found. 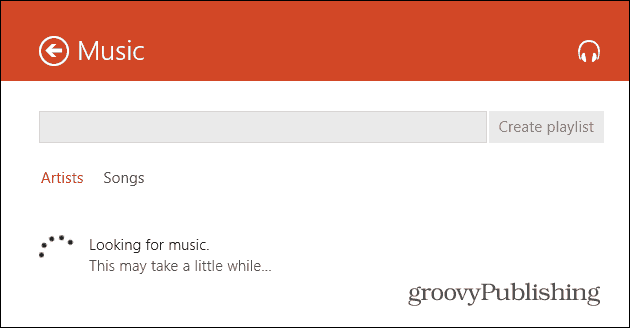 After the music is found, select the correct band or artist from the list and click Create Playlist. 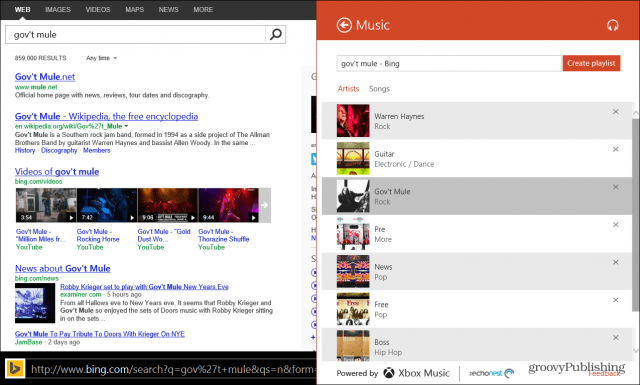 After a few moments, Xbox Music will open and you’ll see the playlist you searched for listed. 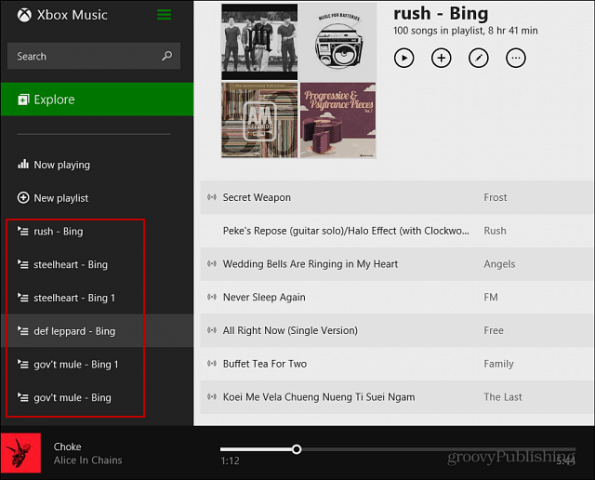 A couple of cool things to mention is that after creating music playlists from search, you can use it like you would any other playlist you’ve created – rename it, move songs up and down – and they sync between all systems you have Xbox Music installed on. In the screenshot below, is an example of the Android app. You can spot them by the artist’s name with “Bing” next to it.

The playlists also sync to the online version of Xbox Music. Also, if you have an Xbox Music Pass, you can download the songs to your system to play offline. 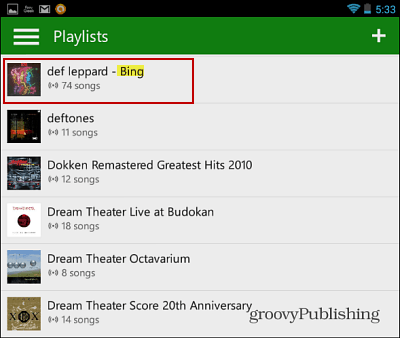 I find this comes in especially handy when using the modern UI on a touch based system, but you can, of course, use any PC running Windows. It’s a good way to quickly create a playlist for music discovery.

While I was testing this, it worked fairly well, but it’s not perfect. It can take a while to search, and switching from Internet Explorer to Xbox Music would sometimes stagger. That’s is why I have a few playlists with bands listed more than once because when I was first trying it out I wasn’t sure if it was working.