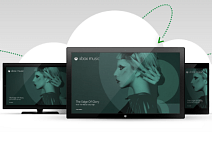 Microsoft made its Xbox Music service available on the web yesterday at music.xbox.com. While not as feature rich as the native Windows app, it provides more ways to manage your music.

Microsoft made its Xbox Music service available on the web yesterday for Xbox Music Pass subscribers. While it doesn’t offer the full featured experience of the Xbox Music app, it’s a good start and allows you to manage your playlists and listen to music in a lot of places.

Xbox Music On the Web

To check it out, head to music.xbox.com. To use it you’ll need to be a Music Pass subscriber, but new users can check it out free for 30 days. The caveat being that you will need to input your credit card information and unless you cancel, the service will automatically renew at $9.99/month.

The interface looks a lot like the newly designed Xbox Music app on Windows 8.1 – currently available as a public preview. Not all the features that are available in the app will be in the web version though.

Here’s a look at the web interface in Albums Collection view. 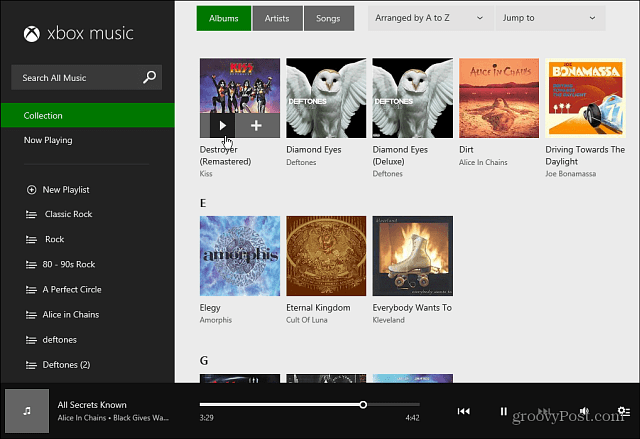 Here’s a look at the Xbox Music app on my Surface RT. A lot more features in the native app. 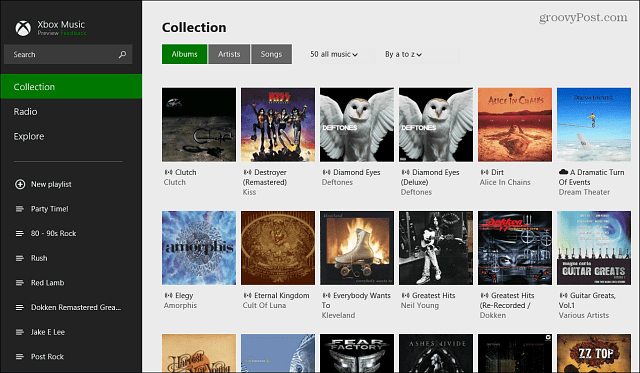 One of the things I was looking for on the web version is the cool Explore feature which gives extra info about musicians and groups from the Music Store. The Web version also lacks the Radio feature, a Mini Player, and there’s other minor quirks that crop up – like playback options not being consistent. 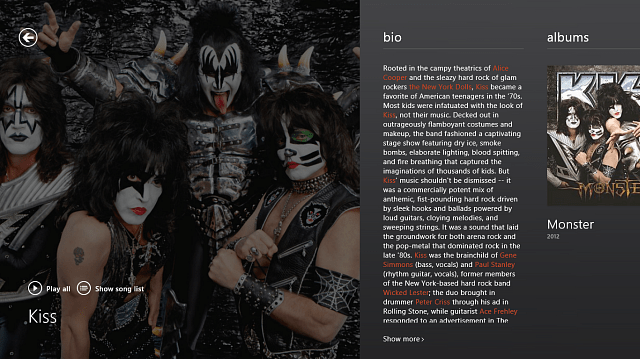 The Explore Artist feature gives you a bio, more albums, and a list of similar artists. Unfortunately this groovy feature isn’t in the web version.

With a Music Pass subscription you get access to all of your songs with the Xbox Music app on Windows 8/RT devices, Windows Phone, Xbox 360, Xbox One, and of course via your web browser – but not every device’s browser – here’s the requirements:

I was out of luck using Xbox Music Web on my iPod touch and Nexus 7. 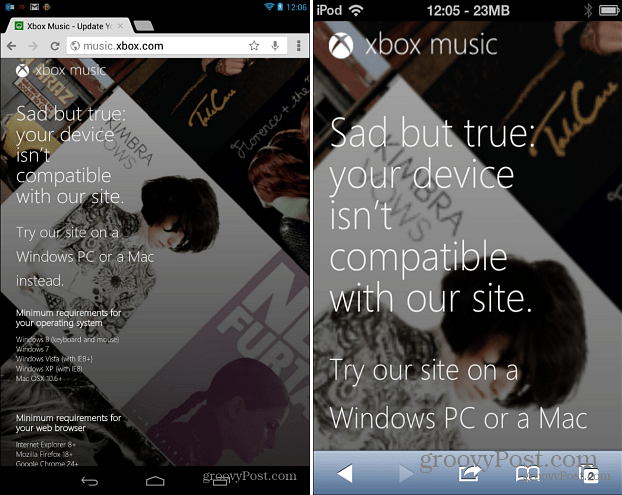 I haven’t had a whole lot of time to play with Xbox Music on the web, but from the experimenting that I have done, I find it lackluster out of the gate. Presumably more features will be added as it continues to develop, just as the entire service has done over the past year. I would definitely like to see the Radio option added at least.

What’s your take on Xbox Music? Do you use it or subscribe to the Music Pass? Leave a comment and lets us know.