Roku channels are being updated all the time. Staying on top of the best free Roku channels ensures that you have access to a nearly unlimited number of movies or TV shows to binge watch.

Whether you’ve owned a Roku device for a while, or you just bought a new one, you should know that Roku channels are being updated all the time. Staying on top of the best free Roku channels ensures that you have access to a nearly unlimited number of movies or TV shows to binge-watch.

If you’re new to Roku, make sure to learn all about Roku TV before you start browsing the list below.

If you’re ready to start sifting through everything from old TV classics to the latest popular series or blockbuster movies, then let’s get started!

If this is your first time using a Roku streaming device, then you should know where to look for additional channels.

When your Roku first launches, it’ll start at the Home screen, which you can see below. 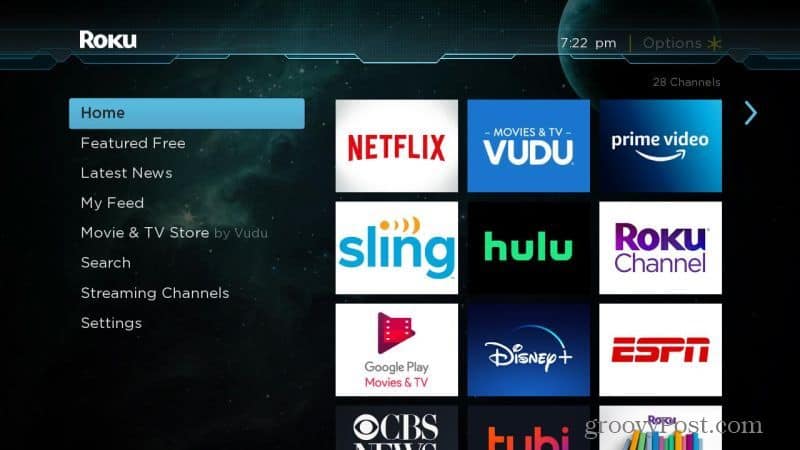 To find additional channels beyond the ones that are installed by default on your Roku, use the Roku remote to scroll down to Streaming Channels. Press OK on the remote to select it. 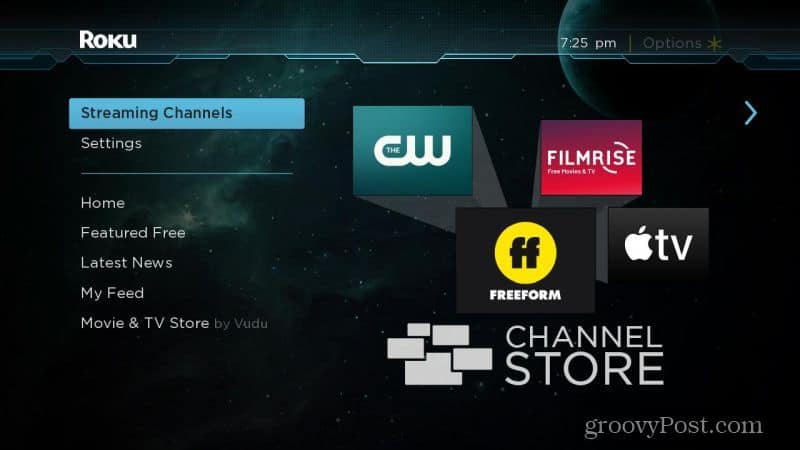 On the Channel Store, you’ll see the Featured menu where some commonly used channels are listed. 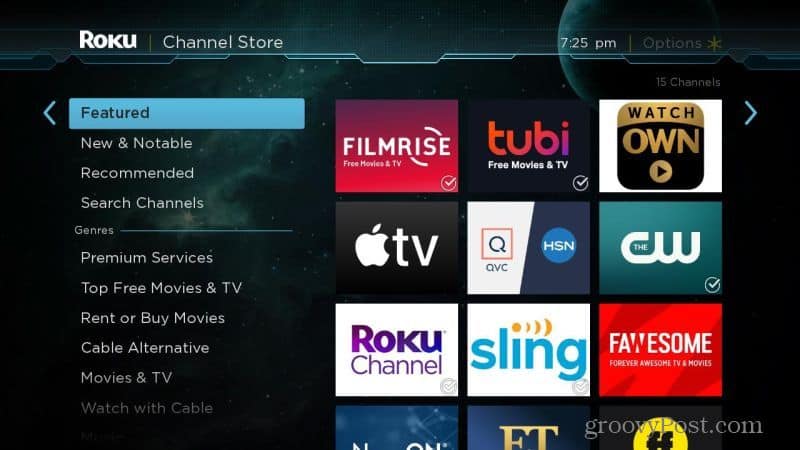 You can see the most popular free channels by selecting Top Free Movies & TV.

This is where your channel-hunting adventures begin. There are hundreds upon hundreds of channels filled with content you can watch. Much of it is free, but there are certainly lots of channels you need to pay for, or already have a cable subscription for.

Note: You can also control your Roku with the mobile-based remote, or the Roku remote app on your Apple Watch.

The following are some of the best free Roku channels you’ll want to add. They all have lots of entertaining, binge-worthy, and sometimes wonderfully quirky content.

This channel has a mix of both free and premium content. You’ll find categories like News, Hit Movies & TV, What’s Cooking, Sports Fix, and more. 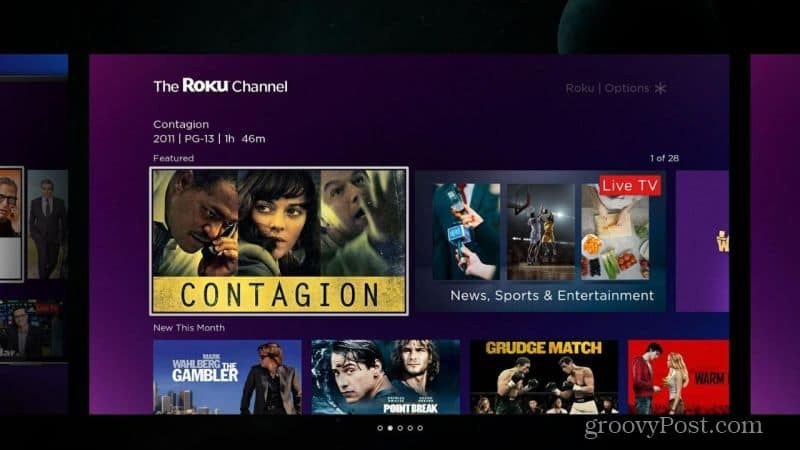 Movies on the Roku channel range from older ones like Interview With The Vampire to more modern ones like Fury. There’s a Live TV channel guide you can use to find free news, shows, and content streaming free from multiple stations.

There are family movies, reality shows, and even vintage sitcoms like I Dream of Jeannie and Highway to Heaven. If you’re just getting used to your Roku, this channel isn’t a bad place to start.

Netflix isn’t technically “free”, since you need to pay a monthly subscription. However, technically if you watch many hours of content on this channel every month, the value proposition is almost zero. 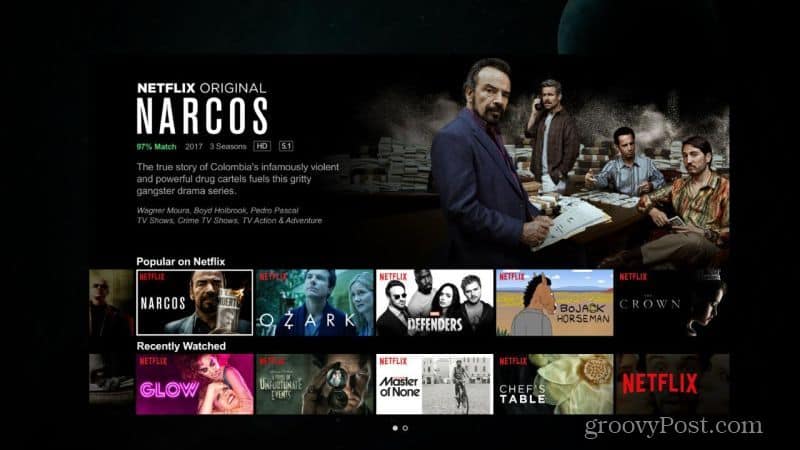 Log into your Netflix account on this channel to access original Netflix series and movies, binge watch entire seasons of TV shows and sitcoms, or find documentaries about things you care about.

The nice thing about the Netflix channel is that Netflix frequently updates its offering, so you’re rarely hard-pressed for something good to watch.

Hulu is another subscription-based service but does offer a limited free account. 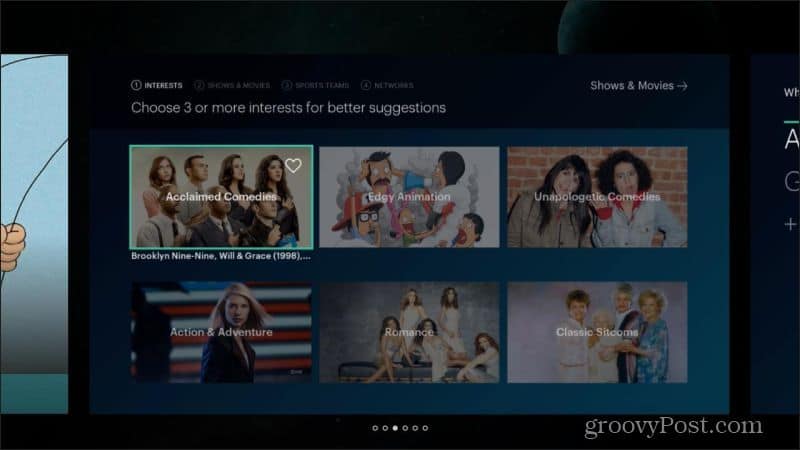 Hulu is well known for the place to watch entire seasons of old and new TV shows you might have watched, or want to watch again. On the Hulu channel, you’ll also find exclusive original shows and movies, plenty of kids shows, and many of the more popular movies that you might not find on other channels.

When most people think of Plex they think of the Plex media center. However, late in 2019 Plex launched its own streaming service. 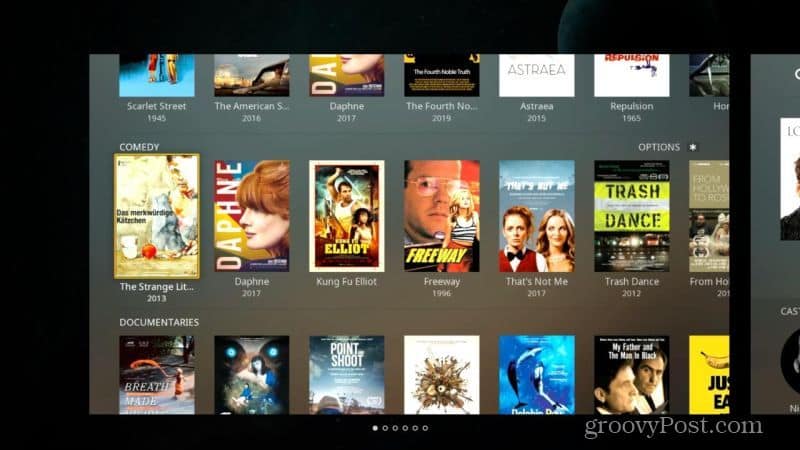 The main categories of content you’ll find on the Plex channel include Movies & TV, Web Shows, news, Podcasts, Music, and of course Your Media. Your Media is where you can connect to the media you’ve stored on your own personal Plex media server.

Redbox was around long before streaming services. The population of DVDs triggered the advent of those DVD movies vending machines you could find outside stores around the country. 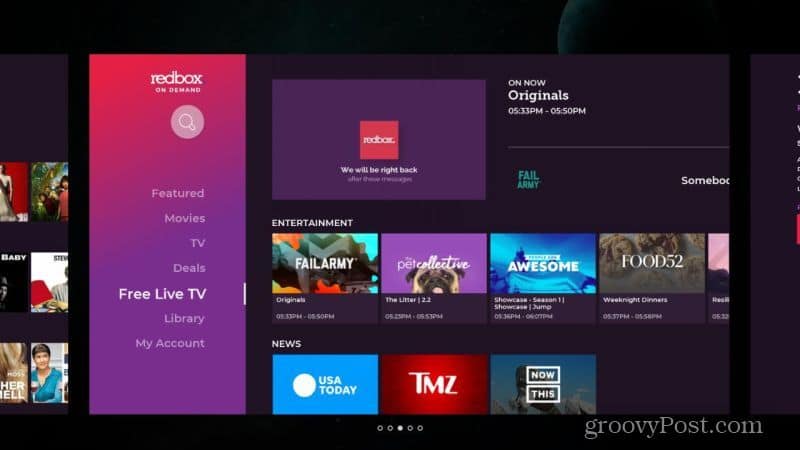 These days there’s Redbox On Demand, which is another channel on Roku as well. This doesn’t sound like a free service, but this pay on-demand service also includes a Free Live TV section. This free section is filled with content across categories like news, sports, movies, TV, and major genres.

The selection isn’t significant but they are all free.

Pluto is an interesting take on free streaming content. The content is laid out in a TV Guide-style grid with streaming selections listed by the time frame. 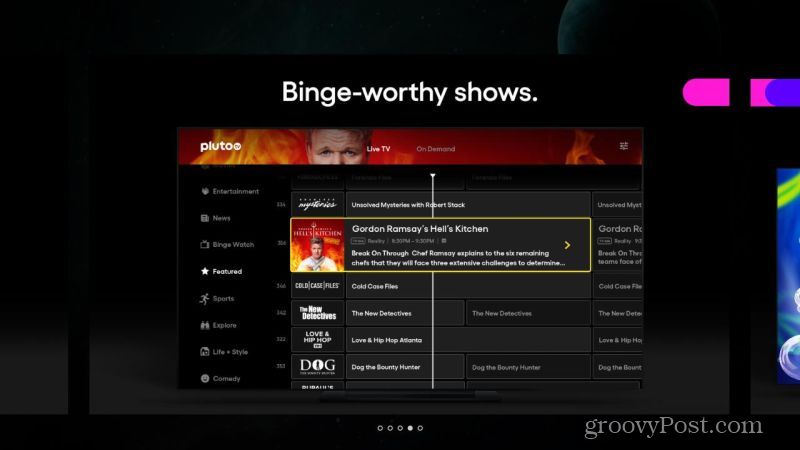 Some of the TV stations you’ll find here include CNET, IGN, Nick, Comedy, CMT Westerns, and many others – all specifically tailored for Pluto TV viewers. So sit back and channel surf just like you used to when you had cable!

The Tubi channel is a great one to try if you’re looking for movies and TV shows of the quality you’d find on more popular services like Netflix. 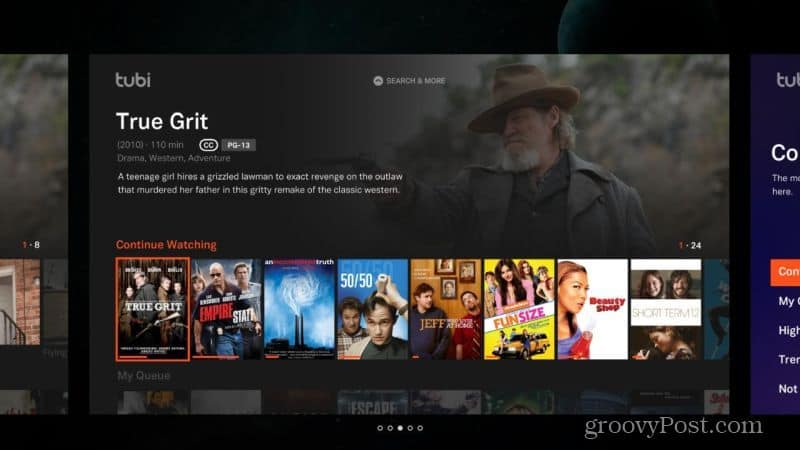 It’s a great place to turn when you run out of things to watch on those more popular channels. You can also explore free content on popular cable channels you love, including A&E, FOX, Lifetime, and more.

If you’ve ever searched for free movies online, you’ve likely come across Crackle pages for specific movie streams. This isn’t a surprise considering how many free movies you can find there without any subscription required. 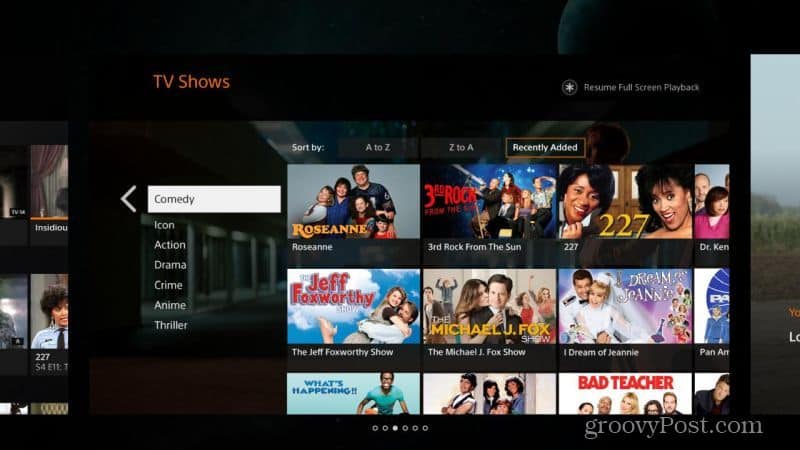 Watch old and new TV shows and movies that span all genres like documentaries, thrillers, dramas, horror, and you’ll even find Crackle Original movie offerings too.

If you’re an adult who has never really stopped watching cartoons, then you know that Adult Swim was a channel made for you. 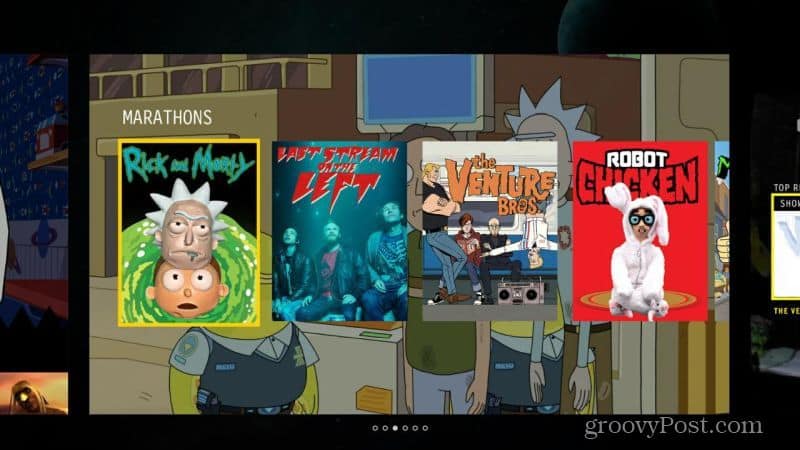 Adult Swim shows are essentially evening cartoons on the Cartoon Network. The target audience of these shows that often feature sexual themes, strong language, and often violence, is clearly the crowd over 18 years old. This Roku channel features popular adult animation series like Rick and Morty, The Venture Bros, and Robot Chicken.

Another well-known station that a log of people love is the CW network. This network was originally a joint venture between WB Entertainment and CBS. 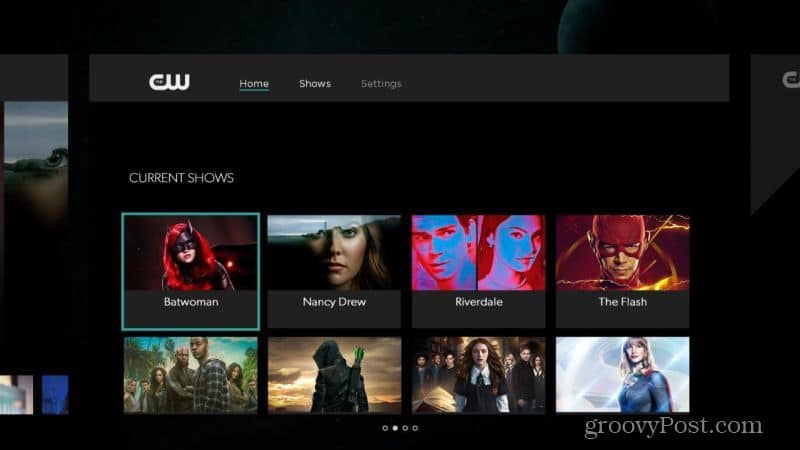 Some it’s biggest hits, and shows you’ll find on this Roku channel, include: Riverdale, Nancy Drew, the DC Legends of Tomorrow series, Supernatural, Charmed and many more.

Speaking of stations, on Roku you’ll also find a channel to stream hit shows from the ABC network. 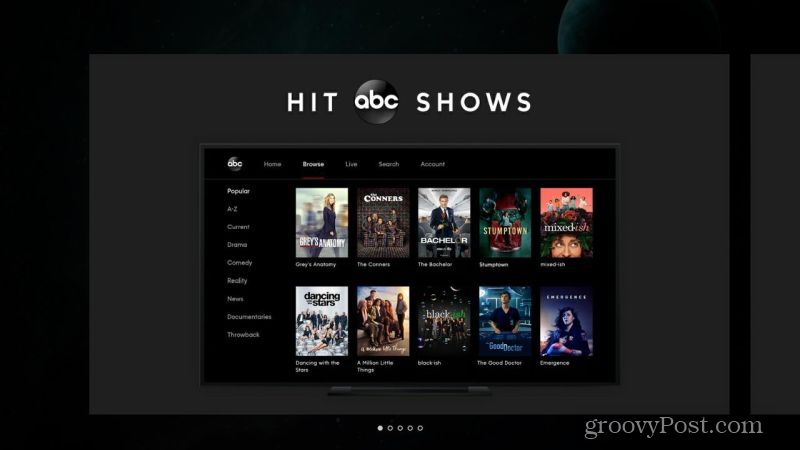 Some of the most popular shows you’ll recognize here include The Bachelor, Grey’s Anatomy, Shark Tank, Modern Family, and more. If you’re looking for a single Roku channel to binge on your favorite shows, this is the one.

The Public Broadcasting Station gets its funds from a wide array of sources. A large component of that is from the public itself, including individual donors and entire private foundations. So, it’s surprising how much of its programming is so professionally made that it’s built a significant audience of fans. 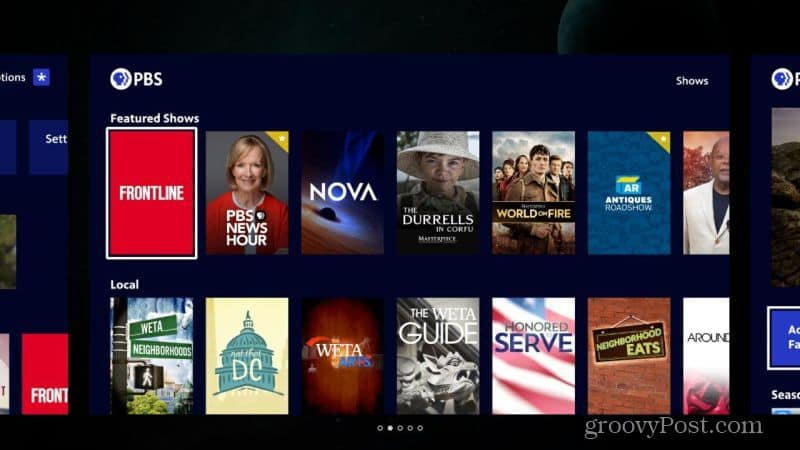 On the Roku channel for PBS, you’ll find PBS’ top shows like NOVA, Frontline, and various Masterpiece original movies. Best of all, when you add the channel you’ll need to register online (for free) and include your zip code. With this information, the Roku PBS channel will serve up your local PBS station content, including news.

The Freebie TV channel on Roku is centered around movies that TV shows that offer something for everyone in the family. 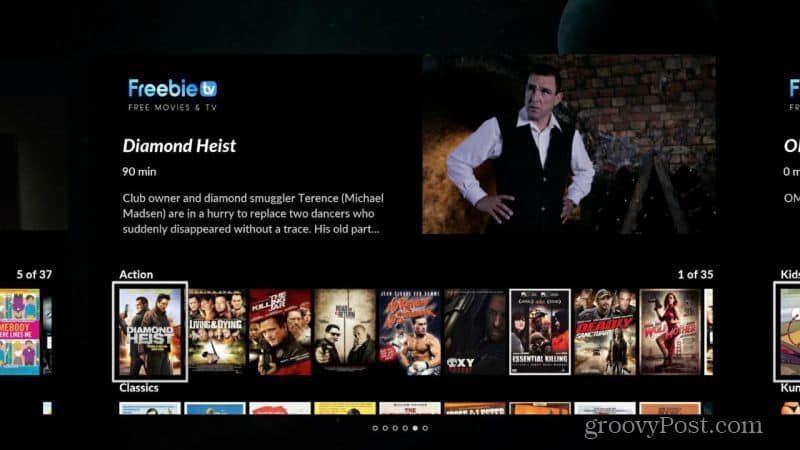 Each genre doesn’t have a lot of titles, roughly a couple of dozen each, but overall you’ll find a few hundred titles. In addition, there are even popular YouTube video channels to stream. Keep in mind that much of the content here is ad-sponsored.

Are you ever nostalgic for old Western films? Who isn’t? 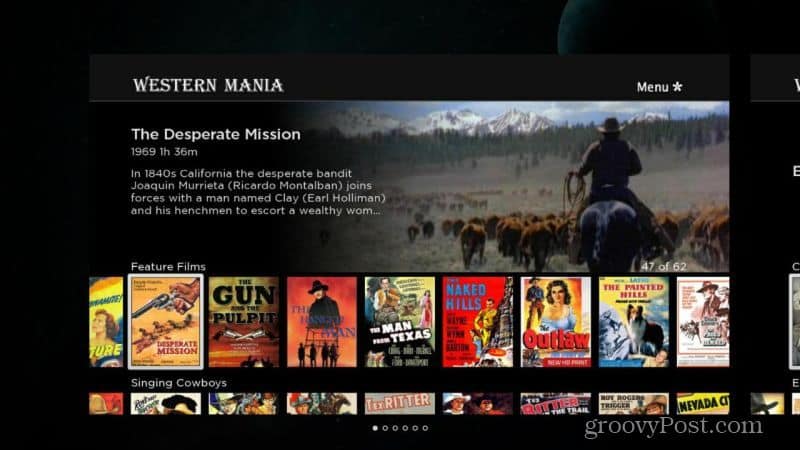 On this Roku channel you can browse and binge on the old Westerns you grew up on as a kid. Binge on Bonanza, The Cisco Kid, The Rifleman, and many more.

This is one of those Roku channels that once you start watching you won’t be able to stop. 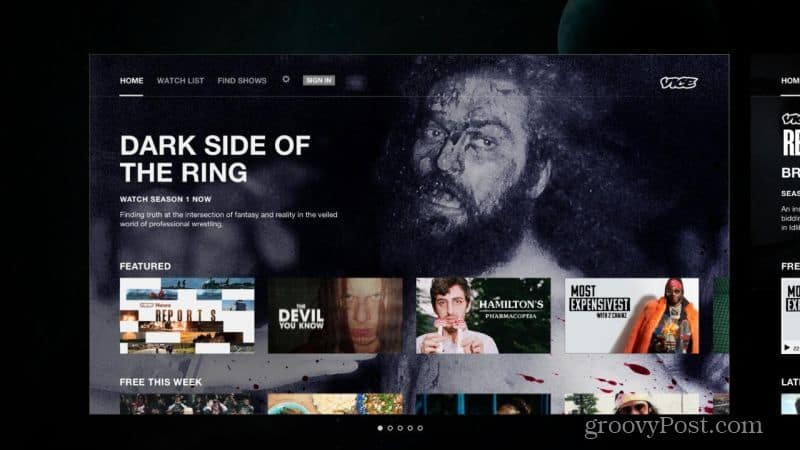 Vice programming is very different. Think documentaries across all sorts of topics including crime, celebrity, culture, fashion, and subjects that don’t even fit into a single category. If you’ve ever wanted to find content to stream online that will make you feel both enlightened and entertained at the same time, this Roku channel is for you.

This Roku channel gives a whole new meaning to the word “classics”. These are shows from another era. 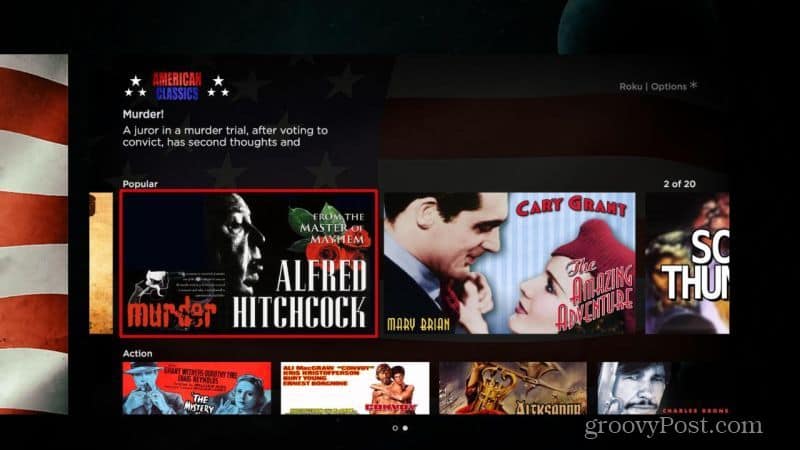 Think John Wayne, Cary Grant, Audrey Hepburn, and more. You’ve heard the quotes. You’ve seen references to these in modern movies. Now watch the golden age of Hollywood in all its streaming glory right on the American Classics Roku channel.

Filmrise is another service that doesn’t require a subscription to stream all of the free content found there. 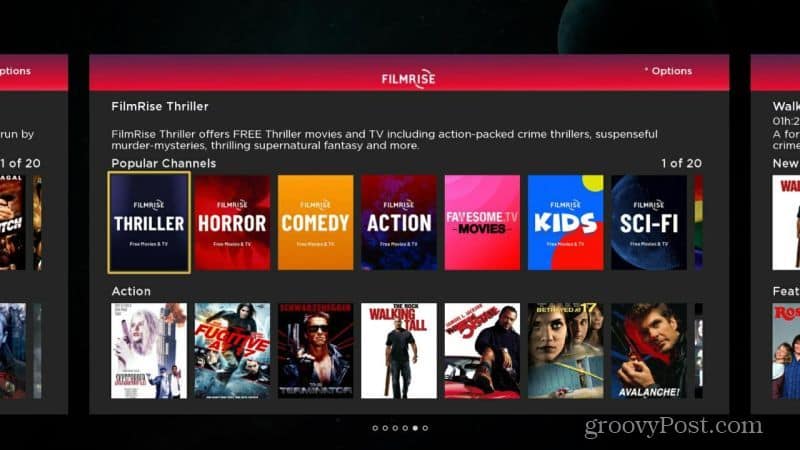 Best of all, the library of content is extensive and includes both awesome movies and TV series. You’ll find popular comedies, romances, horror films, action movies, documentaries, and more.

Are horror movies your thing? How about a Roku channel dedicated entirely to the movies that frighten you? 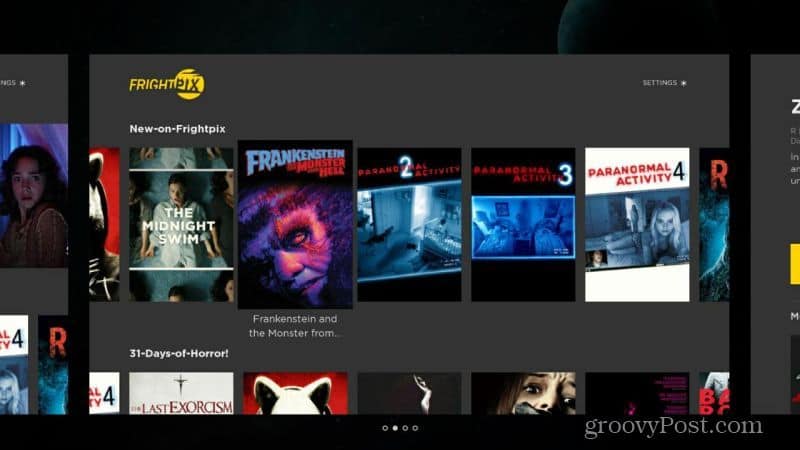 This channel is ideal for the horror film buff. Not only will you find modern films like Train to Busan, Temple, or VHS. You can also enjoy older horror films like Prom Night, Phantasm, and Friday the 13th.

While not all independent films are really worth watching, there are quite a few that are surprisingly good to watch. In fact, some are shockingly good. 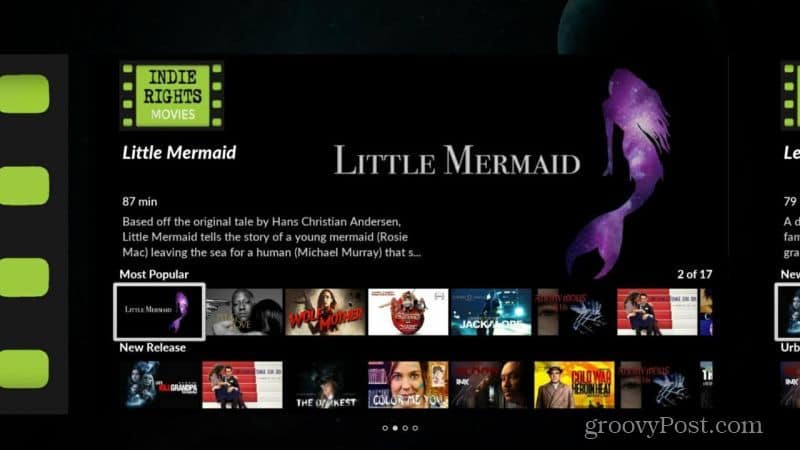 At the Roku Indie Rights channel, you can watch award-winning independent films and series. Judge these films for yourself. Pick from horror films, drama, comedy, and quirky films that you won’t forget for long after the end of the film.

Believe it or not, this long list of the best free Roku channels is only the tip of the iceberg. If you want to search through many more, just select from your favorite category in the Roku Channel Store. 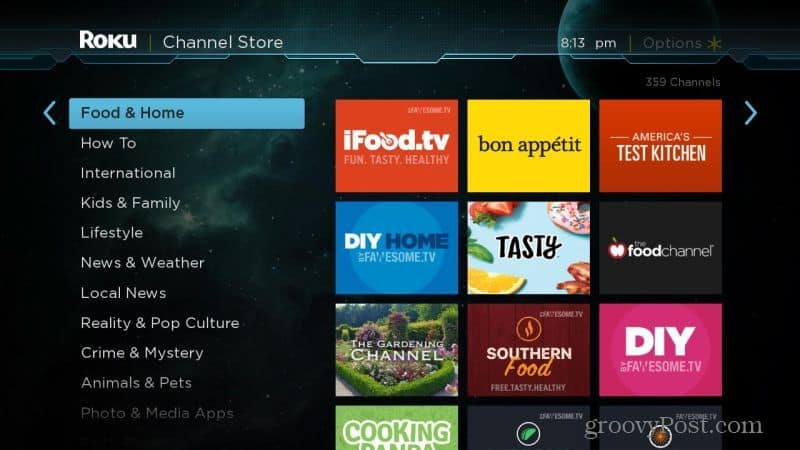 Once you select any of the channels, you’ll have the option to add the channel. If you’ve set up a pin code to protect your account, you’ll need to type it. Once done, you can open the channel from your Roku home page.