Plex is cool multimedia server and client software that’s gaining attention. Here’s how to install the server software and get started streaming online and local media to your mobile devices.

Plex is a cool multimedia server and client software that’s gaining attention. It’s quite versatile and has a lot of features that others don’t. Here’s how to install the server software and start streaming online and local media to your mobile devices.

The neat thing about Plex is that after setting it up, you’ll be able to stream local media over your network and have a plethora of streaming Internet media too.

Here I’m setting up the latest version of Plex Media Server on my Windows 7 64-bit Ultimate system. Then I’ll show you how to get started streaming your media to mobile devices and set-top boxes to your HDTV.

First, download Plex Media Server for Windows. It will work on any modern system running XP SP3 or higher. Remember to download the Media Server; the Plex Media Center will only play your content and not deliver it. 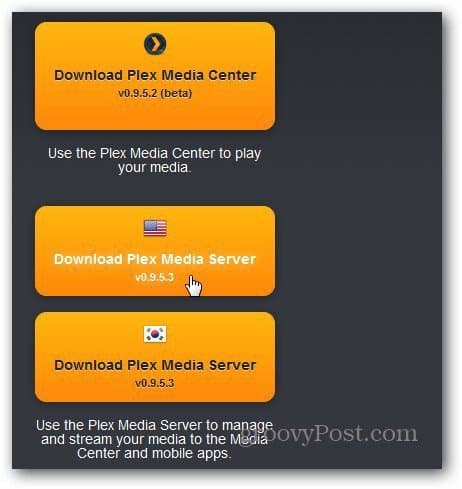 Now install the Plex Media Server. Installation is straightforward following the wizard. You’ll need to install some components if you don’t have them already – Bonjour, Microsoft Visual C++ Runtime Libraries. 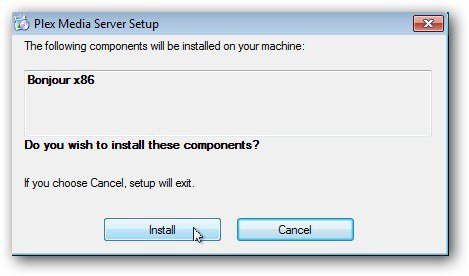 After working through the install wizard, you’re ready to start setting it up. Make sure Run Plex Media Server on Exit is checked and click Finish. 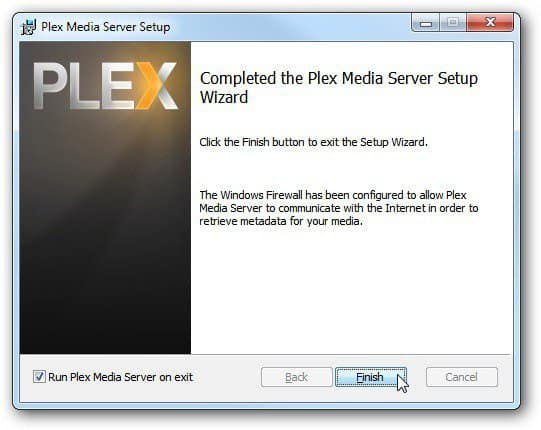 The Plex Media Server icon lives in the Notification Area of your system tray. 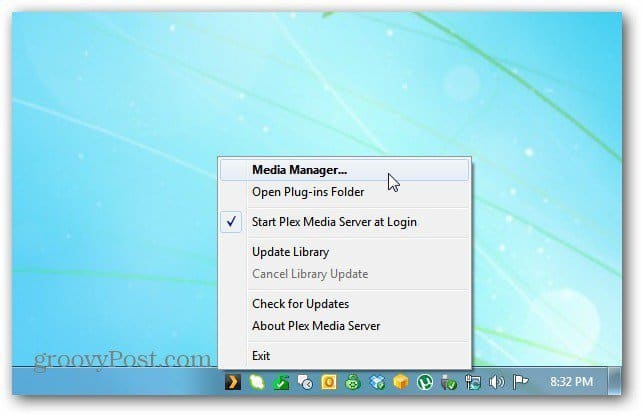 It opens in your default web browser. Here you can start adding your Photos, TV Shows, Movies, Music, and photos. 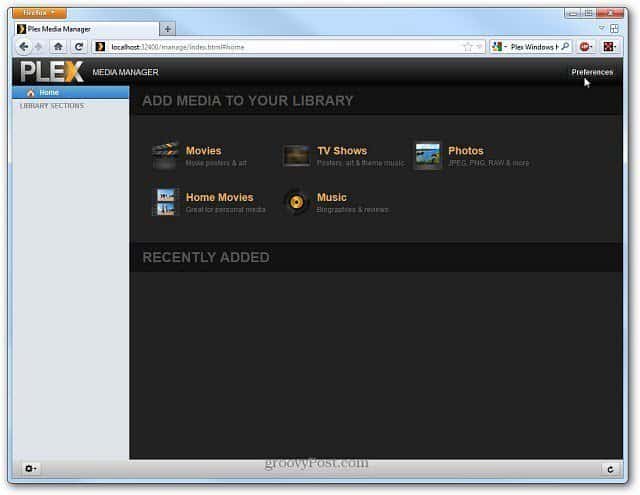 Click Preferences and give your server an easy-to-remember name. 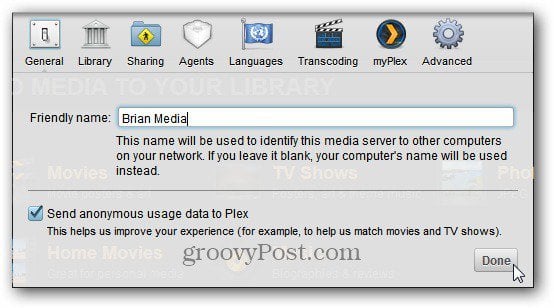 Then start adding music, movies, videos, and photos from your local computer to the server for streaming. 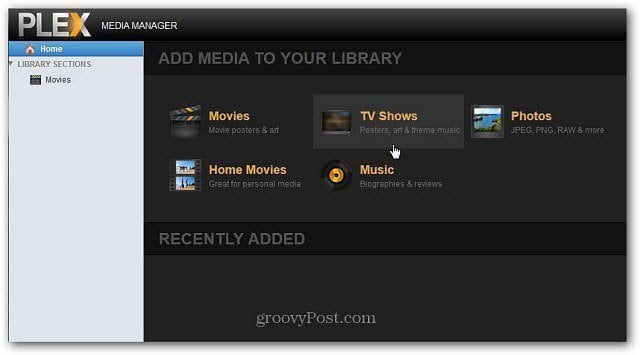 Here’s an example of adding a DVD Movie that I backed up as an MKV file. For this tutorial, I’ll be focusing on streaming Internet content. I’ll show you how to organize your entire multimedia collection with Plex in a future article. 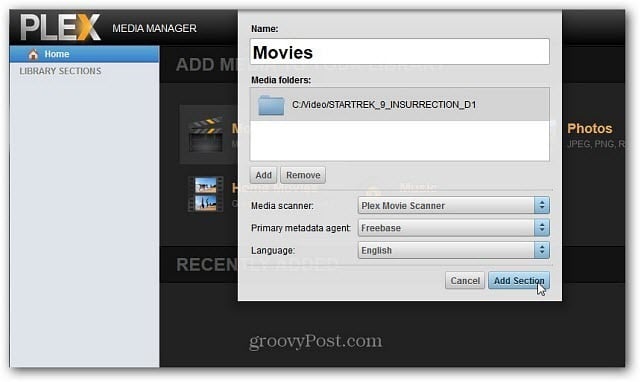 Now sign up for “My Plex.” Signing up for this service provides a social element to share media with other people with a “My Plex” Account. It lets you queue videos from websites to watch later on your mobile devices. 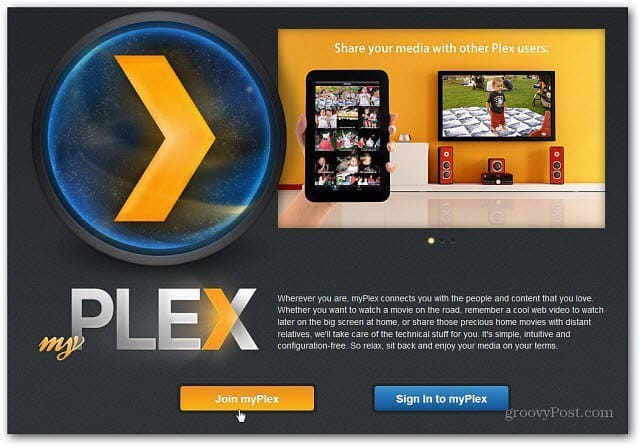 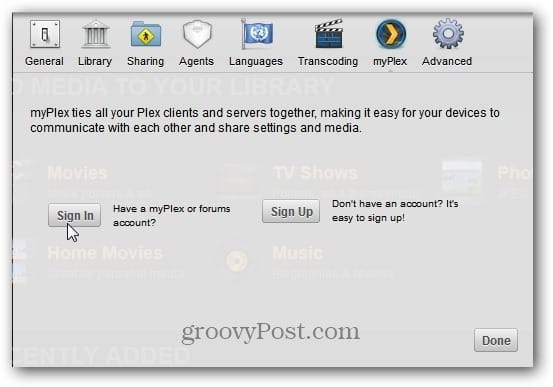 After Signing in, check Publish Server to My Plex. 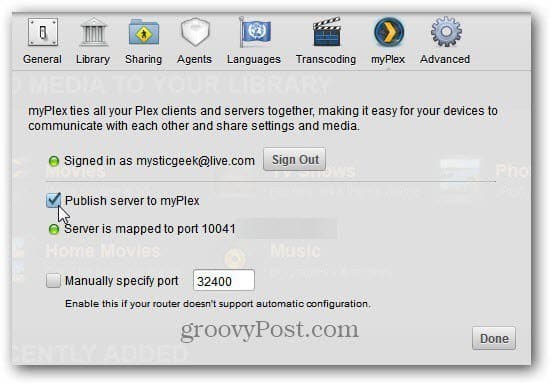 Plex works with Linux, Mac, and PC. Then you can serve local movies, music, photos, and streaming Internet channels to several devices. Client devices can be Linux, OS X or Windows, or Apple iPad, iPhone, or iPod touch. Android Smartphones and tablets, Windows Phones, and  DLNA devices like the PS 3 or Western Digital TV.

After you have your Plex media server running, you can access it by installing the client software (Plex Media Center) on supported set-top boxes and mobile devices. Here’s a look at a few of the many devices Plex Media Center can be installed on.

There are thousands of online channels you can stream via Plex. 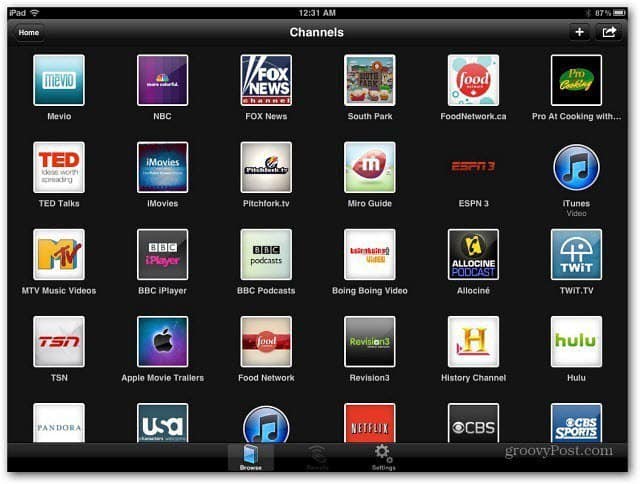 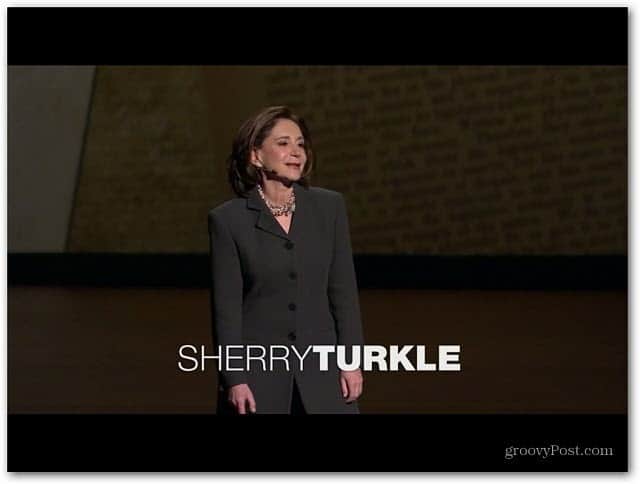 Here I have Plex installed on my iPod touch. It lets you set it up as a Plex remote control. Also, an example of the SoundCloud channel for listening to music users has been uploaded to the service. 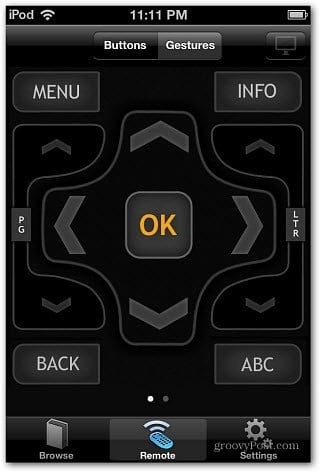 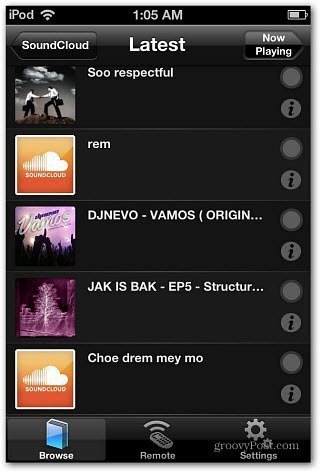 While you set up your computer to act as a server for your media server, the Plex Media Center will playback local and online content. With each client, you can add more channels too. 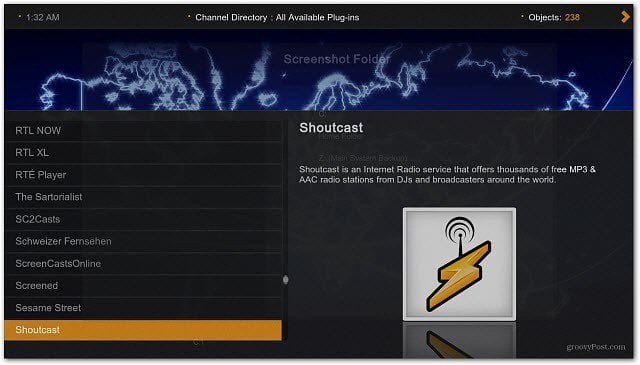 Plex for Roku is a dead-simple way to stream your local videos, music, and pictures to your HDTV over a home network. It was recently made available, and the interface lacks some of the features of other clients, but it gets the job done nicely. 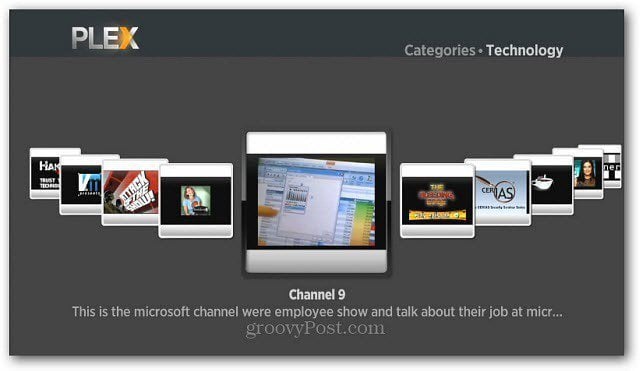 If you’ve been looking for a method to serve up your media throughout the house, online, and share with friends – Plex is a great choice. It’s still in development, and I’ll be bringing you more Plex tutorials soon.

If you’re currently using Plex or have any tips or suggestions, leave a comment below and tell us about it.