Twitter and Facebook are places where, if you’re not extremely careful, you’ll easily find spoilers for your favorite TV shows, movies, and live sports.

Twitter and Facebook are notorious places where, if you’re not extremely careful, you’ll easily find spoilers for your favorite TV shows, movies, and live sports.

Of course, you could always just not use Twitter, but, you don’t have to stay off Twitter and Facebook for hours, days, or sometimes weeks until you watch your show or movie. Instead of that, here’s a look at avoiding spoilers without having to abandon Twitter and Facebook all together.

If you’re using your computer to check Twitter for other things than spoilers, you can download a handy plugin for Google Chrome. Open Tweet Filter is free and allows you to filter out keywords that would be related to what you want to watch. Here’s how it works.

Download and install Open Tweet Filter and restart your browser. Open Twitter and you’ll see the message (shown below) that shows you where to go and configure it. 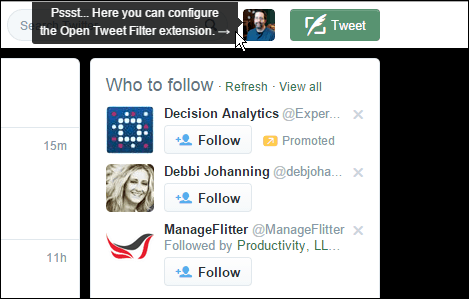 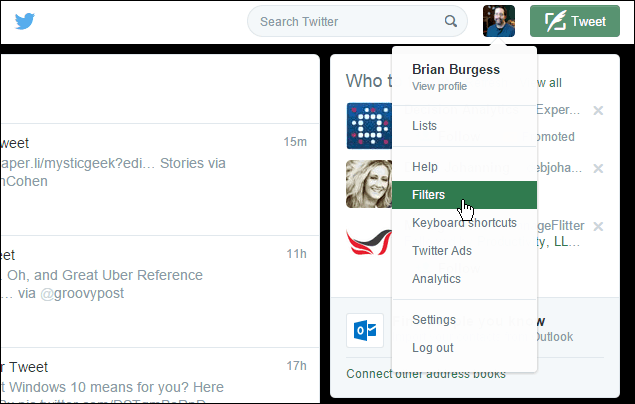 I’m a cord-cutter and don’t have regular HBO, but I do have HBO NOW, but that runs popular shows like Game of Thrones after it has aired live. And I also have a subscription to the Game of Thrones season pass on Amazon. So, if you’re in a similar situation, you want to avoid spoilers if you can.

Type in the words, phrases, hashtags, and people you know can’t keep spoilers to themselves to exclude from your Twitter timeline. In the example below I filtered out the HBO shows like Silicon Valley and Game of Thrones.

This doesn’t mean you will block everything that may come at you as a spoiler, but it’s a good start. 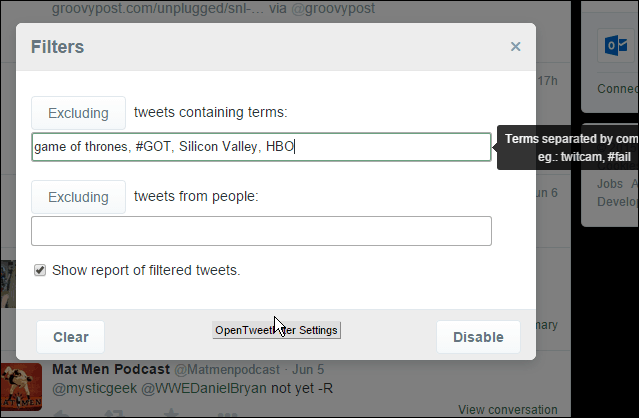 Another thing you can do is mute tweets from accounts that could give you spoilers. Just click the gear icon and select Mute, like I did below on the Game of Thrones account. 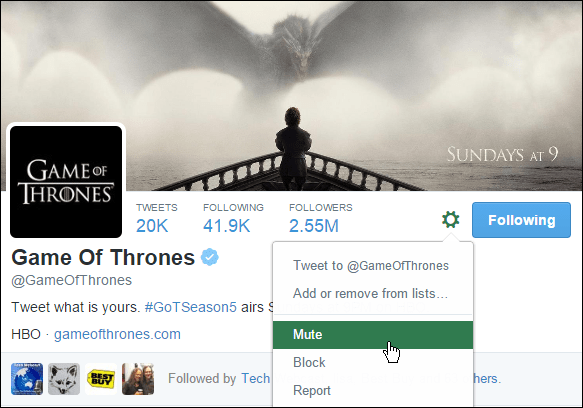 You can also use the Mute feature on Twitter on your mobile device like my iPad Mini with Retina shown below. 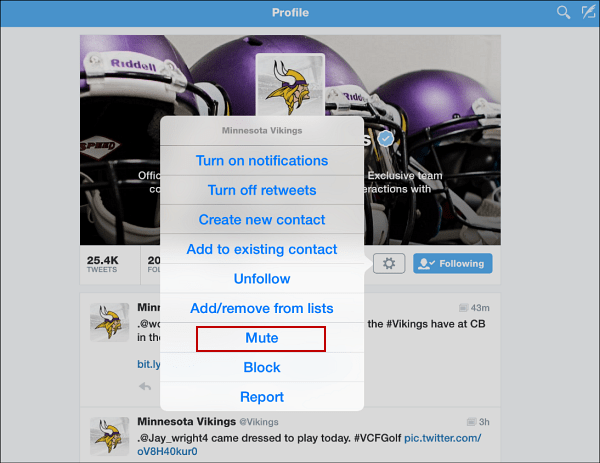 Or via Settings on Android, which in the shot below is an HTC One (M8) with Android 5.0.2

After you have seen the movie, TV show, or live sports game, go back and delete your filters or unmute accounts so you can enjoy conversation about them with other people on Twitter. 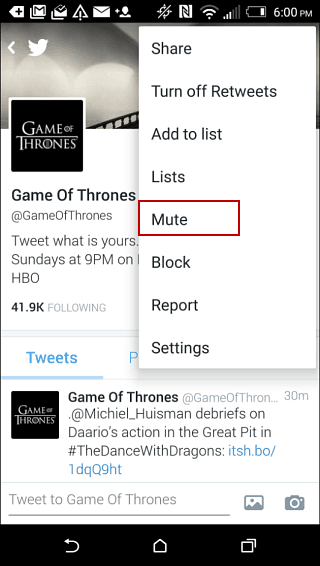 Another extension you might want to try for Chrome is called Silencer. It hides spoilers on Facebook and Twitter. It also has packs you can add that will block keywords for you. For example, it blocks 55 different keywords for Game of Thrones. 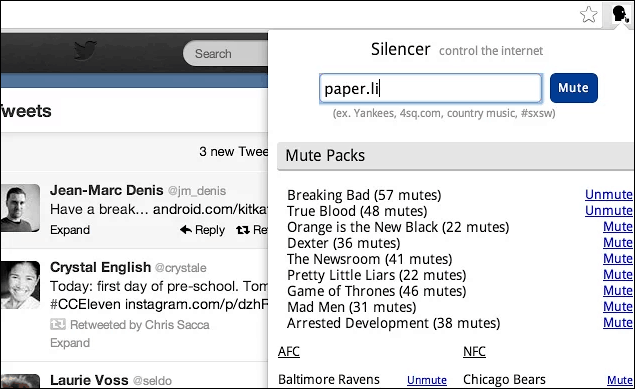