Android 5.0 Lollipop started rolling out to the HTC One (M8) on Sprint and T-mobile, and here’s a look at how to install it and what to expect.

Android 5.0 Lollipop finally rolled out to the HTC One (M8) on T-Mobile and Sprint. The carriers have made the update available for their customers, and the 700MB update is available for download over-the-air which is actually later than expected.

To be fair, HTC’s vice president of product management did announce the Lollipop would be arriving later than anticipated due to some technical issues that seem to be plaguing the Lollipop release. I have the Sprint version of the M8 and was able to download and install the update.

We already showed you how to update the Nexus 7 to Android 5.0 a few months ago, and here’s a look at updating the HTC One (M8) and some of what you can expect.

Update HTC One to Android 5.0 Lollipop

When the update arrives for your phone, you should be able to see there is a system update available in the notifications. If you don’t see it there head to Settings > System updates > HTC software update > Check Now.

Either way, you will see that the Android 5.0 Lollipop update is ready – tap download. 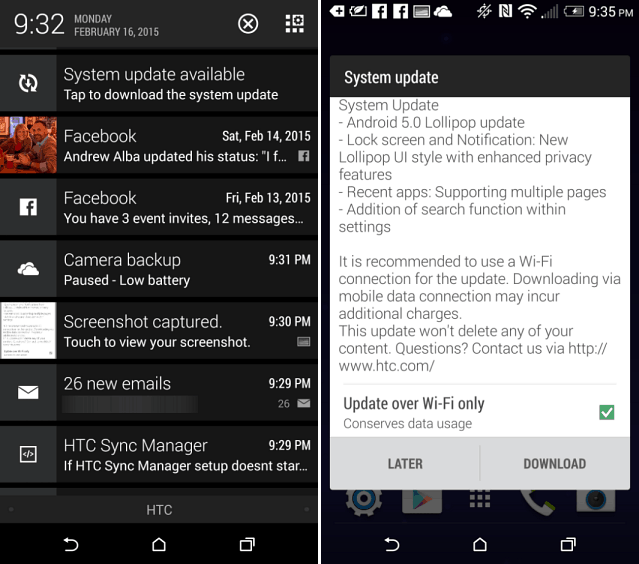 Your phone will reboot a couple of times during the update process and when it’s done you can start checking out the new design and features of Android Lollipop on your HTC One. 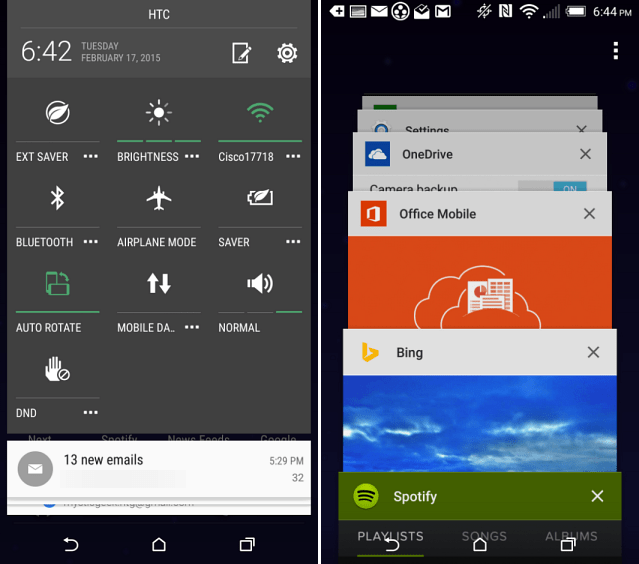 You can see the new version of Android is running by going to Settings > About > Software information. 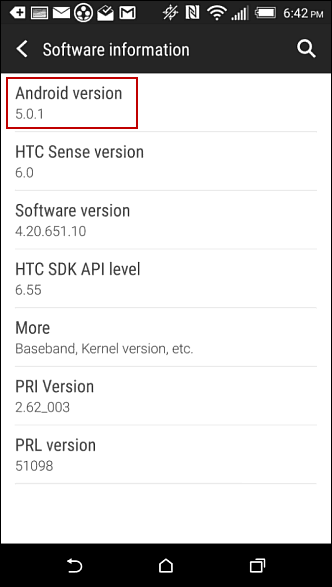 I didn’t have any problems with the update and everything seems to work smoothly so far. I haven’t noticed any problems with any slowdowns in speed like several readers experienced after updating their Nexus 7 (2012) tablets.

When it comes to getting the latest and greatest mobile OS, it seems Android users are content with the version they have now, or that carriers are just late to the game in rolling it out to its users. According to recent developer stats from Google, Lollipop accounts for under 2% of Android devices. In comparison, Android 4.4. KitKat is on nearly 40% of devices and Android 4.1 Jelly Bean accounts for around 44% of devices.

To see everything that the latest version of Android will offer, check out the official Android webpage.

Have you installed Lollipop on your Android smartphone or tablet yet? Leave a comment below and tell us about it.