Microsoft Office 2016 will save your documents to OneDrive by default. But, if you use Google Drive or Dropbox, you can save them to those services, too.

Microsoft Office 2016 provides a comprehensive set of tools built into the suite; this includes Cloud storage specifically targeting its OneDrive service by default. For many people, including myself, Dropbox remains my go-to online storage solution. Many other people use Google Drive or a combination of all three.

Here’s a look at how to add both Dropbox and Google Drive as Save Locations in Office 2016.

The first thing to do is download the free Google Drive plug-in for Microsoft Office.

Wait while the web installer is started and downloads a small setup file automatically to your hard disk.

Then double-click the driveforoffice.exe and wait while it installs. 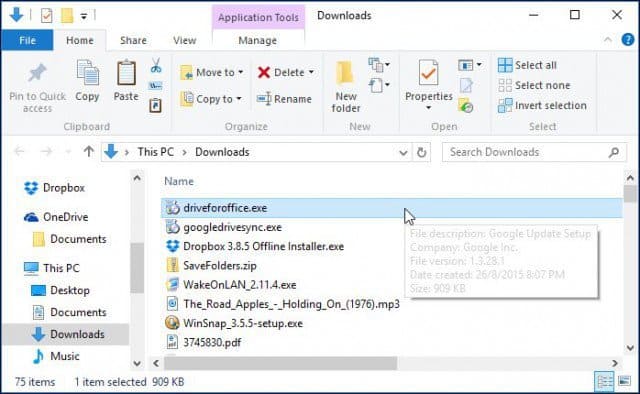 When setup is complete, launch any of the Microsoft Office 2016 applications. A Google Drive for Microsoft Office setup wizard will appear. Click Get Started and sign in to your Google account and complete the wizard. 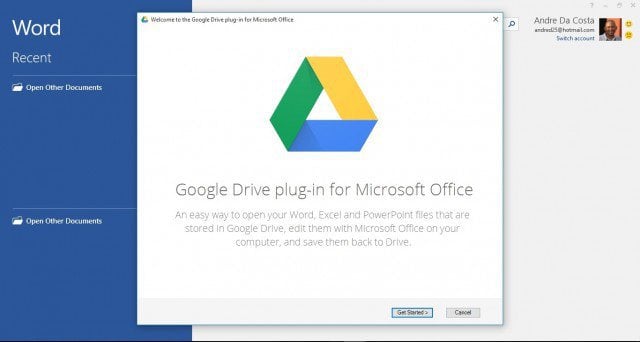 Google Drive will then be added to your list of Save locations on the Office Backstage. 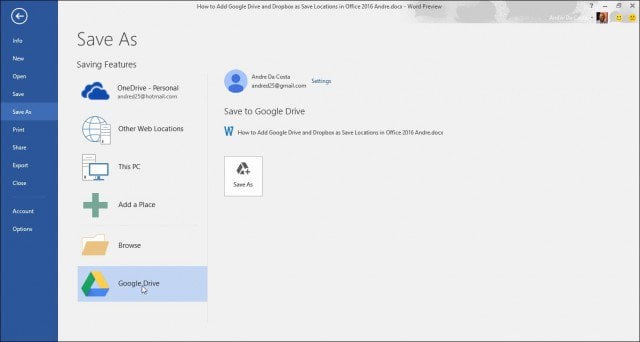 Make Dropbox a Save Location

Unfortunately, there is no officially supported solution for Dropbox as a storage location on the desktop or 365 versions. Office 2016 is still in Preview, but according to leaked documents, it’s set to launch on September 22nd. Third-party scripts only support older versions of Office, such as Office 2013. Dropbox has promised to provide Office 2016 later this year when the new version of the suite is generally available.

It’s worth noting that Office Online, which includes the web-based versions of Word, Excel, and PowerPoint, does have native support for Dropbox as a Save Location. Launch Office Online, and in the lower right corner, under Open from OneDrive, select Add a place, and Dropbox will show up. 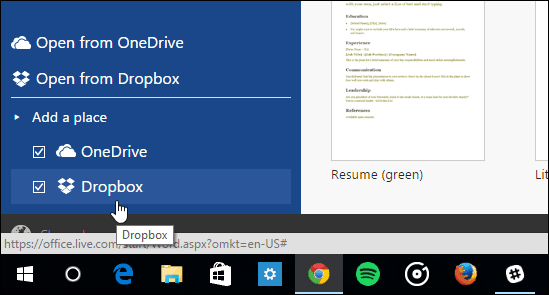 So until the desktop version gets Dropbox support, you will have to save Office files to your Dropbox folder manually by browsing to it or add it as a default Save location. Here is how you do that.

Please note, you need to have the Dropbox client installed; you can download that here.

Launch an Office application like Word, and head to File > Options. 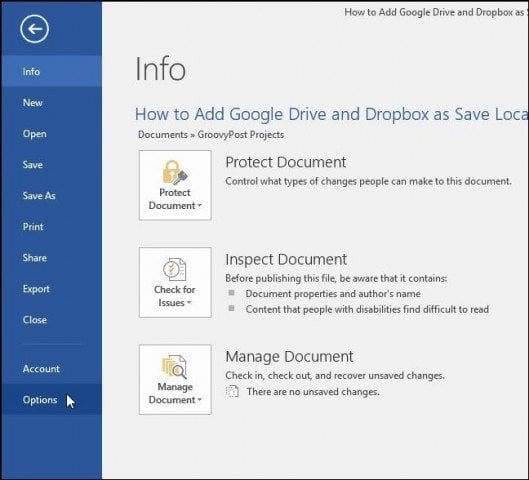 Then go to Save and select the Browse button next to the Default local file location field. 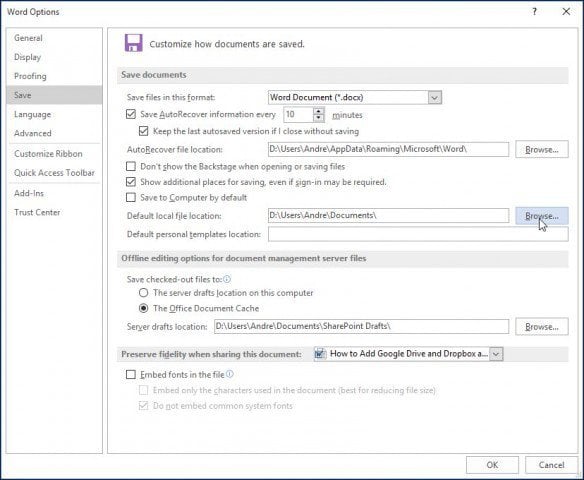 Then browse to your Dropbox, and then click OK. 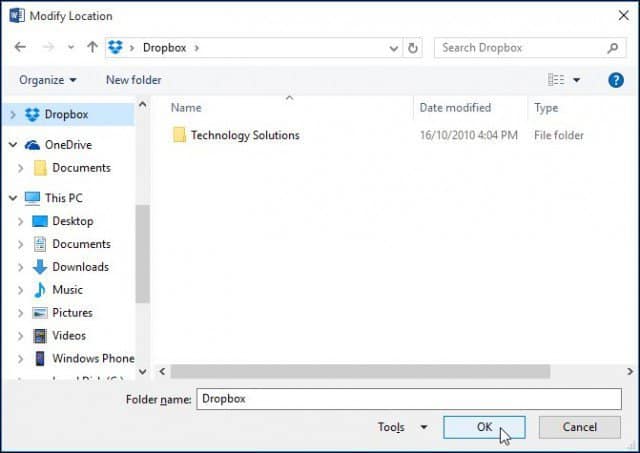 Also, check out our article on how to save Office documents directly to Dropbox.

Using OneDrive might be easier for you since it’s integrated with Microsoft 365. And don’t forget to check out how much space you have in OneDrive left if you’re a Microsoft 365 subscriber (formerly Office 365). you get 1 TB, so you should be good to go. But if you’re using a non-subscription version, it’s important to check your OneDrive space occasionally.

How about you? Where do you generally save your Office documents in the Cloud? Leave a comment and let us know.