Microsoft launched Office 2016 Preview for enthusiasts who want to test out the latest version of the company’s productivity suite and provide feedback.

Microsoft wants everyone to get involved in its next generation products and services, and today it launched the Office 2016 preview that’s aimed for all users. This comes two months after releasing the Office 2016 IT Pro and Developer Preview which was obviously aimed at enterprise customers. 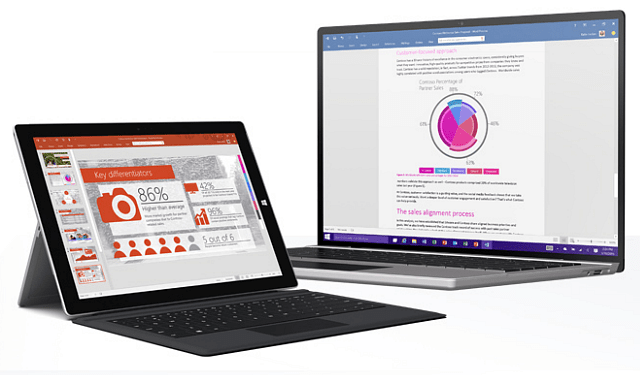 Over the last 12 months, we’ve transformed Office from a suite of desktop applications to a complete, cross-platform, cross-device solution for getting work done. We’ve expanded the Office footprint to iPad and Android tablets. We’ve upgraded Office experiences on the Mac, the iPhone and on the web. We’ve even added new apps to the Office family with Sway and Office Lens. All designed to keep your work moving, everywhere. But that doesn’t mean we’ve forgotten where we came from. While you’ve seen us focus on tuning Office for different platforms over the last year, make no mistake, Office on Windows desktop is central to our strategy.

If you’re interested in testing out the next release of Office, and providing your feedback to Microsoft, you can get started today. If you’re an Office 365 subscriber, all you need to do is go to the Office My Account page and log in. Then go to Language and install options > Additional install options and select the 32 or 64-bit version of Office 2016 Preview from the dropdown menu. 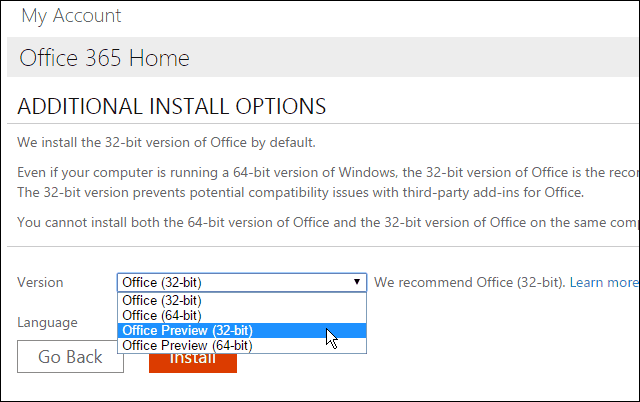 If you aren’t an Office 365 subscriber, you can get it by downloading the 32 or 64-bit version from the direct links below.

Use the product key: NKGG6-WBPCC-HXWMY-6DQGJ-CPQVG (and no, we’e not giving away any secret code here, it’s clearly posted on Microsoft’s site.)

You don’t need to be a Windows Insider and testing Windows 10 preview to participate in the Office 2016 Preview program. And remember, just like Windows 10 preview, Office 2016 is also beta software, so this isn’t for everyone. This preview is intended for enthusiasts and power users, and Microsoft points out that you should test it if you’re familiar with the following:

We haven’t had time to test out the preview yet, but according to Microsoft, there are some notable new features coming. Some of the new features include real-time co-authoring, accessing documents from any device via the cloud, smart applications, easier data analysis, new modern charts and graphs, and a lot more. We’ll have more about this new version as well as tips and tricks in future articles.