Until Plex came out for the Apple TV, the device didn’t have much value to me. Sure the screen savers were cool…Then Plex released an Apple TV app.

Until Plex came out for the Apple TV, the device didn’t have much value to me. Sure, the screen savers were cool, but they didn’t offer much else. That was until Plex released an Apple TV app. It completely changed my living room arrangement overnight and made cord-cutting an absolute breeze. You’ll probably feel the same.

Getting Started With Plex

We have a complete guide on the setup. That article is a bit out of date and uses a Roku as an example, but the basics are the same.

Without digital content, Plex has little value. You could rip it from a DVD or download content from other sources. Plex supports audio and still pictures but is primarily a video content delivery system. Plex likes movies and TV files in separate folders. That’s the only organizational requirement. Plex takes care of the rest. Sometimes it glitches and won’t see media. That’s typical because of the way the file is named. Our Plex server still thinks we’re watching Flash from the 1980s, but at least it knows we’re watching the modern X-Files. 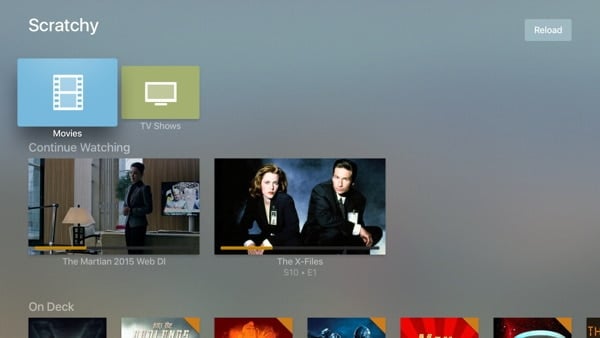 The Plex server system requirements are pretty meager. It will run on most older computers. Its purpose is to track the table of contents for the media and transcode it as necessary. They’ll play natively if you leave your files in the .mp4 format. Otherwise, transcoding takes more processing power. I’m using an ancient iMac at home for this without a problem. The best feature? It’s free! 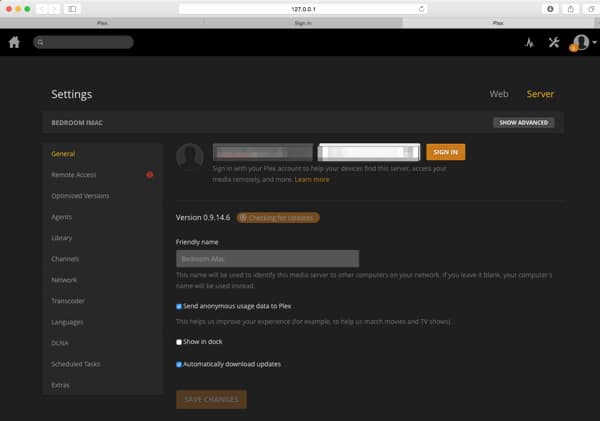 That lets you administer the server remotely from anywhere. That’s it. You can tweak the settings, and for most of us, that’s enough. You can optionally buy a premium account to show your support. If you’re going to use it, you might as well thank the developers. The premium subscription gives you free use of the apps on other platforms too. If you’re using Plex as a babysitter for the kids, Premium includes parental controls. 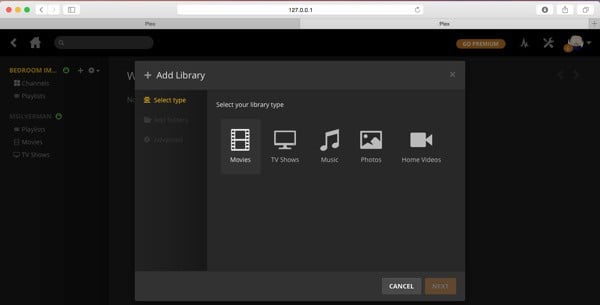 If you’d like to use Plex media when you’re away from home, you’ll need to configure your router to do that. This feature also lets you share your content with your friends (beware of any legal restrictions). They can let you access their server as well. 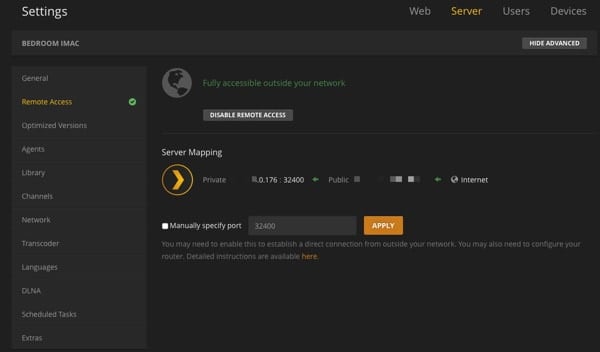 That’s the simple, no-frills server. You can configure it to do lots more, but that’s enough to use it as your own personal Netflix. I added Pandora and Soundcloud to my server.

Why is This Absolutely Awesome?

Until I had Plex on the Apple TV, I had to use a Mac Mini in the living room to access my content. That meant hassles with charging the batteries on the keyboard and mouse as well as navigating a tiny cursor on a big screen. Then we’d have to update the software and plugins every so often. Plus, the power of the Mac Mini is wasted being just a one-trick pony.

Since Plex works on any platform, I can take my shows anywhere without skipping a beat. I’ll start watching stuff on my iPad while at the gym and continue where I left off at home. Other members of the family can get to this content as well. 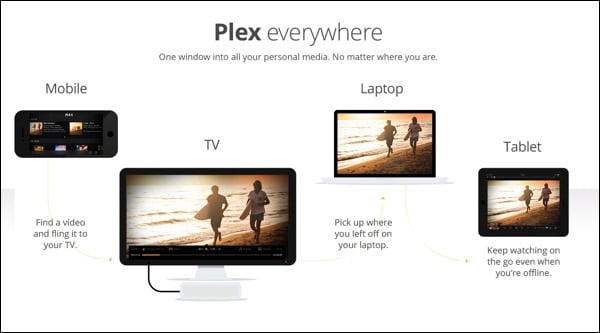 After I ripped all my optical content, I no longer needed my Blu-Ray player. The quality might not be as good, but this is my own Netflix. My nieces, nephews, and other kids who come over expect instant entertainment, and Plex delivers. The server organizes the content with previews and theme music. All I need to do is add the digital files.

When I don’t have content in Plex, that’s where the Apple TV fills in the gap with the other apps like HBO Now or ESPN.

The Ultimate in Cord Cutting

When I dropped cable tv, that was only the start. I still needed a computer connected to my TV. With Plex and the Apple TV, I dropped all that. It’s easier to watch digital content now, and I relax more in the living room.