Netflix released its official app for Windows 8 in the Windows Store. It’s designed to work on ARM processors with Windows RT on tablets like the Surface.

Netflix released its official app for Windows 8 in the Windows Store. If you’ve been using Windows 8 in its different iterations over the past year, one thing is certain, there’s only a handful of quality apps available. According to the details, it will support x86 and x64 and ARM based processors. This means it will work with the upcoming Surface RT Tablet. The app is free, but you’ll need a subscription to Netflix Streaming to use it.

Launch the Windows 8 app store an you’ll find it under the Entertainment category. 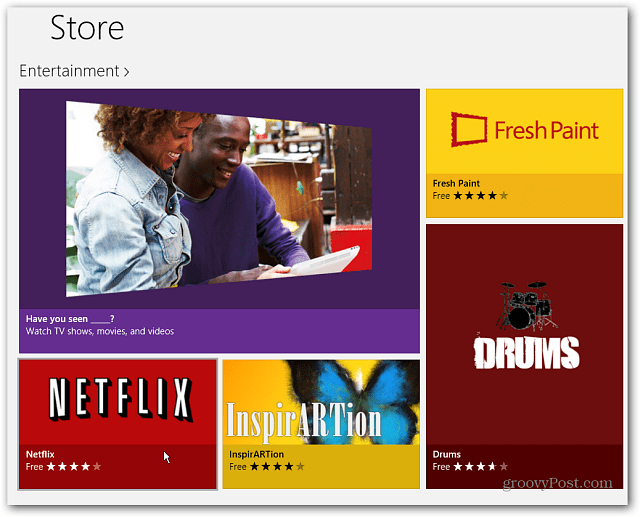 I installed it on a Desktop PC and Dell Inspiron Duo with a touch enabled display. And from first impressions it seems basic compared to other devices like iPad or Xbox 360. After you log in, you’ll find your Instant Queue, recommendations and newly added movies and TV shows. 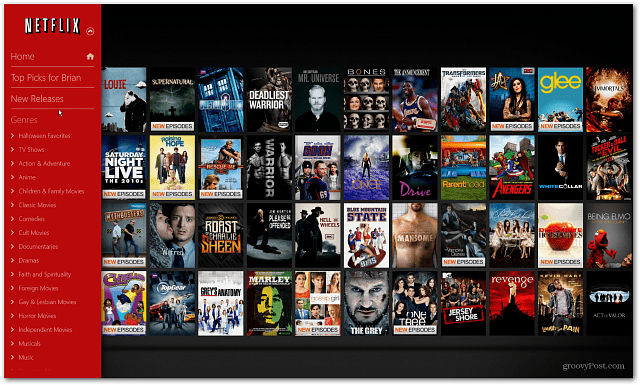 All of your favorite TV shows and movies are still there of course, and the new Windows 8 interface makes it easy to browse through them. 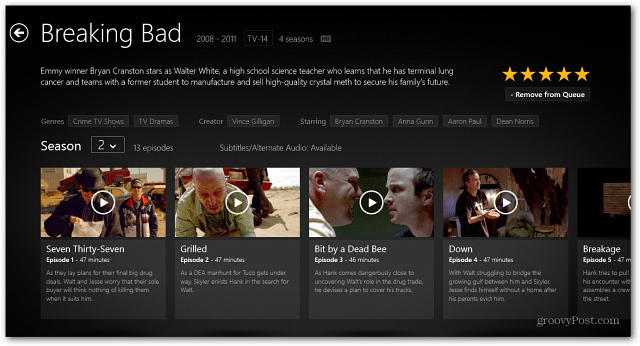 Select a move to get a detailed synopsis and click to start watching it or add it to your Instant Queue. 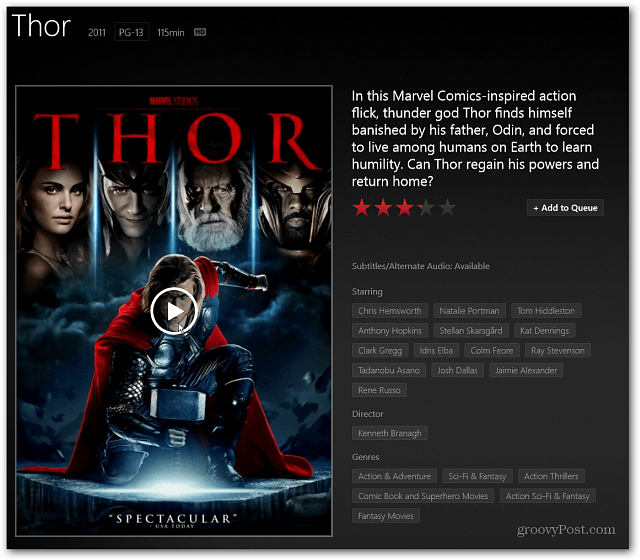 While it works well on a desktop or laptop, it’s optimized for touch screen tablet devices. I find it to be very touch friendly, with big movie and TV cover displays. Navigation of the interface is fast and fluid. Of course you’re able to pause a movie on Windows 8 and pick it up where you left off later on  Android, iOS, game consoles or any of the many platforms that support Netflix. 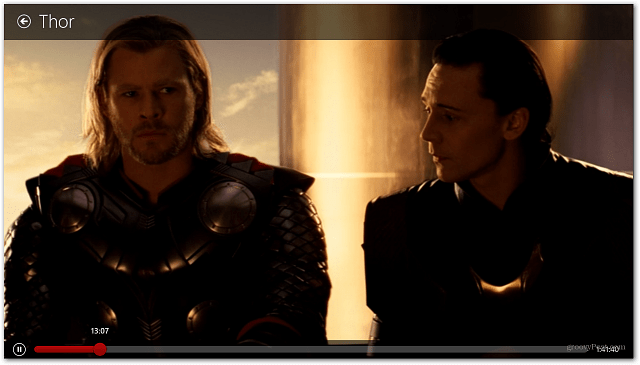 It’s great that Netflix is available on so many different platforms, but annoying that it doesn’t have a standardized interface between them. The Windows 8 app is basic and simple, but for some reason it makes me think it’s not finished yet. But that goes back to how the Netflix UI on each platform varies, and is sometimes crowded…maybe simple is exactly what we need!

If you’re a Netflix subscriber, this is one of the first essential apps you’ll want to download to your new Windows 8 system.