Twitter is rapidly adding exciting new features. This article highlights some of the new ones you should check out and how to use them.

Let’s start with a design change.  Twitter’s default profile icon has been represented by an unhatched egg for many years. As you already know, the app’s mascot is a blue bird. The new icon aligns with other social networks. Twitter has also switched to rounded profiles, popularized in desktop operating systems such as Windows 10 and macOS. Personally, it wouldn’t make a difference either way, but it does remove a unique identifier associated with Twitter.

Twitter features a brand new design, focusing on greater accessibility, gestures, and speed. A hamburger menu provides quick access to your profile, settings, and multiple accounts. Dark themes are a new option available in many apps and operating systems these days (see: Windows 10 dark themes). Twitter includes the option for the first time. Open the hamburger menu, then tap the icon in the bottom left corner to enable it. It’s quite jarring to switch back to the light theme. 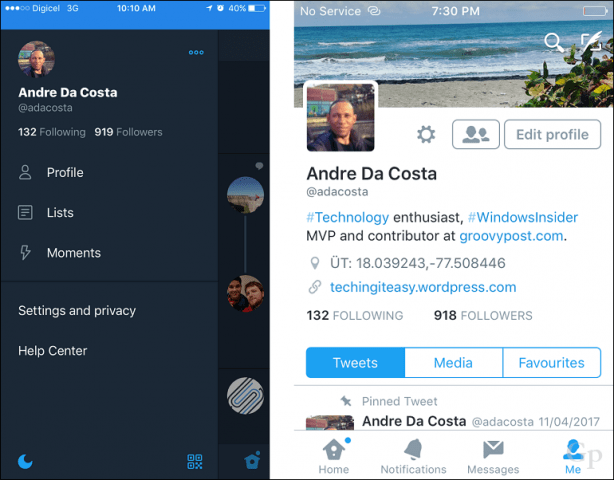 All 140 Characters Are Finally Yours

Twitters 140 character limit has been its hallmark, a stubbornly frustrating feature at times. Yet, those who have invested in using the social network have come to accept it. Twitter recently announced it is taking steps to make it a little more tolerable.

Instead of counting your user handle, i.e., @groovypost, towards those 140 characters, it no longer will. Not much of relief, but it gives you a little more room to express your thoughts. The function is not working with my account, though, so maybe it’s still rolling out. Give it a try, and let us know in the comments. It would be nice if Twitter also removed hashtags from the list of character accounts. The company has already removed quoted tweets, polls, photos, videos, and GIFs. 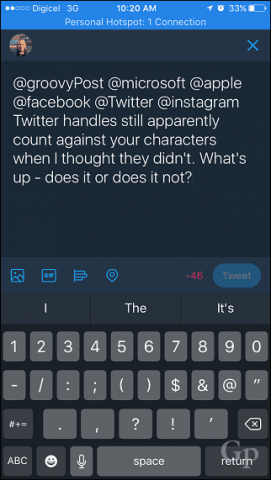 Twitter lets you manage the app’s use of space on iOS devices. A new cache feature introduced in version 6.73.1 lets you manage media and web storage. Users can easily clear either option to free up space. Open hamburger menu > Settings and Privacy > Data Usage, tap either Media Storage or Web storage, then tap the clear button. 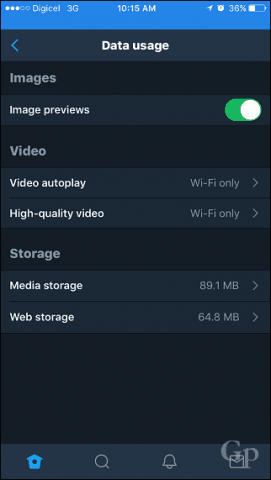 Emoticons continue to be an essential feature of every social networks communication tool. Twitter is now the latest to add support for stickers, which you can paste on your photos. The feature is easy to use—add a photo, tap the sticker menu, then choose from a wide range of emotions. You can also use the opportunity to make quick edits to your photo, such as crop, brighten/contrast, and a range of effects. 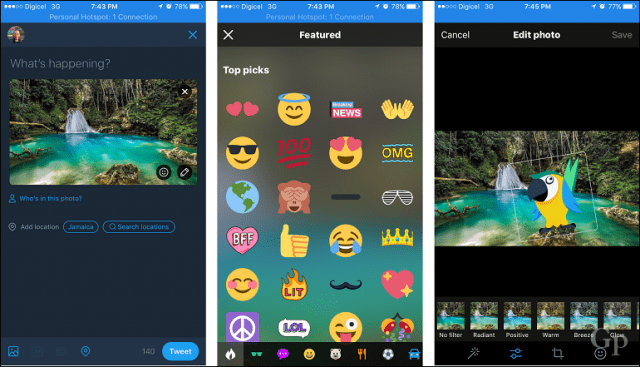 Social networks are becoming the primary information hubs for users. Still, it’s quite difficult to really find the information you want, especially in a feed that’s dominated by those you follow and the content they might retweet. A discovery feature called Explore (represented by the search icon) hopes to make this much easier. The new tab combines popular Twitter features such as trending topics, hashtags, photos, live videos, and moments. 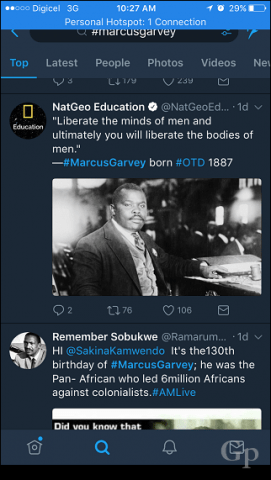 Also, a new feature in Twitter, Moments, let you create slide shows of tweets you consider significant. You can choose moments from your last 25 tweets, liked tweets, or search for a particular tweet, add it then reorder them. 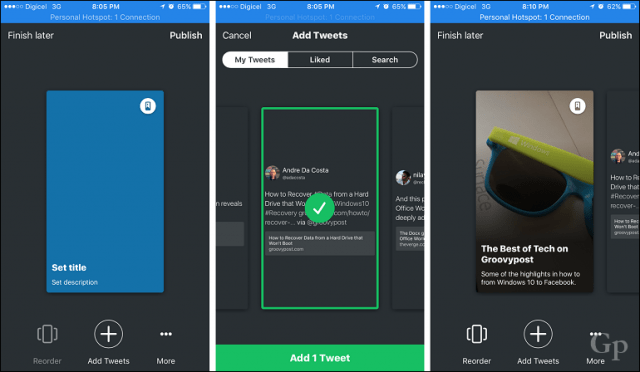 Users can then go through your slideshow of the tweets you selected. It’s a pretty cool feature, but it’s a bit involved compared to your normal 140 character routine. 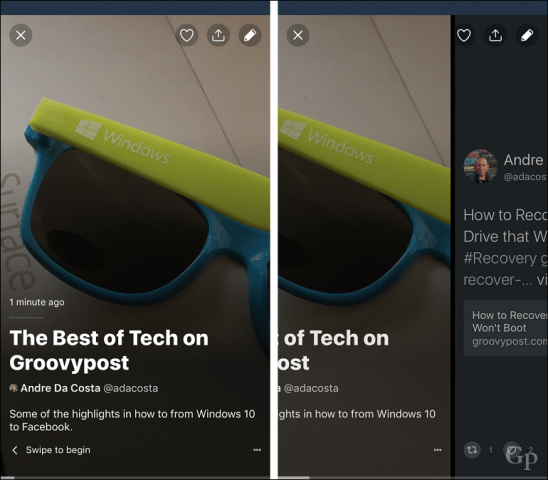 Last year, Twitter discontinued the development of its live video app, Periscope; this includes its once-popular video loop service Vine. Instead, the company has combined them into Twitter itself, making them easier to find and set up. 360 Live video (a la Facebook Live), in particular, is a new feature included, which lets users record video with interactivity. Viewers can rotate, tap or tilt to experience content from the user’s perspective who is capturing it. 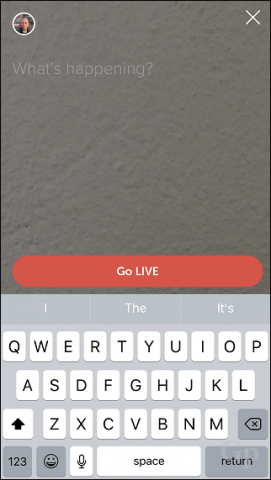 If you’ve used Snapchat before, you know that one of the ways you can add users is using snap codes. Now Twitter lets you do the same when you want people to find you or find friends. Open the hamburger menu, tap the QR code scanner at the bottom right corner. Twitter will generate a unique QR code for your profile, which you can easily share. You can tap the scanner in the right corner to scan an existing QR code profile. 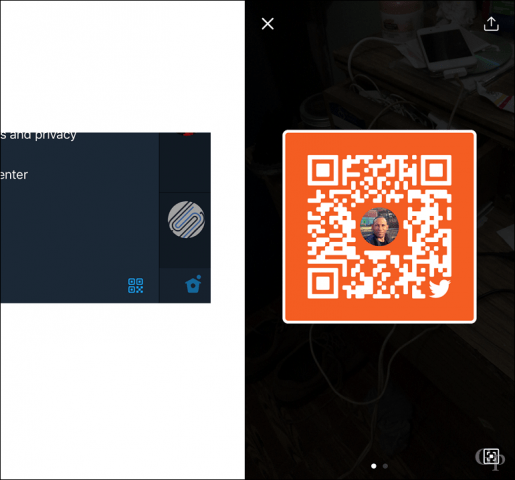 There are many other small service improvements in Twitter, but we thought these user-facing changes are worth highlighting. If you haven’t tried Twitter in a while or don’t know much about its new features, it’s worth checking out. The social network seems genuinely motivated to improve the mobile client, which got left behind over the years. But it looks like things are changing for the better.