One of the new visual features users have been asking for is a dark theme which is already available in some apps like Microsoft Edge and Mail and Calendar.

Microsoft rolled out Windows 10 Build 14316 to Windows Insiders this week. It comes with a ton of new features which are a preview of the upcoming free Anniversary Update that’s coming later this summer for current Windows 10 users.

One of the new visual features users have been asking for is a dark theme which is already available in some apps like Microsoft Edge and Mail and Calendar. But this will give that dark theme throughout all of the OS.

Also, if you’re running Microsoft 365 (formerly Office 365), there are new color themes, including black, in Office 2016 which you can check out here.

To turn on the Dark theme, go to Settings > Personalization > Colors. Then scroll down under “Choose your color” and select Dark. 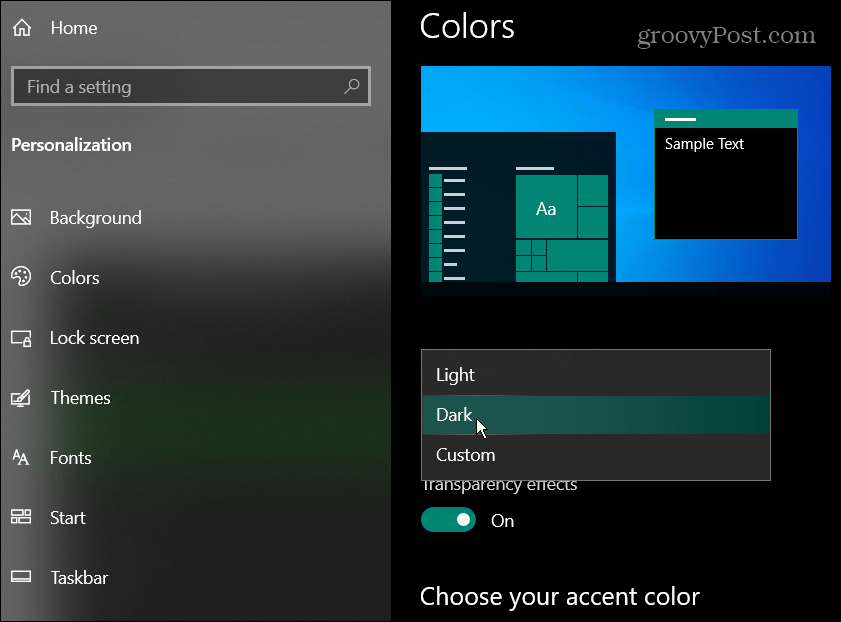 After enabling it, you can choose an accent color that you think looks best. In the example below I switched my background and went for a green accent color. 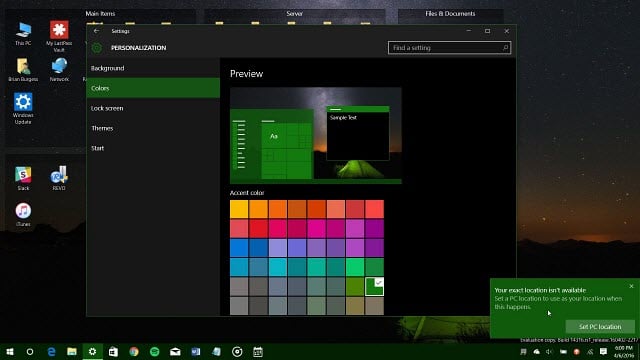 Important: If you are running the latest version of the OS — Windows 11 — you can enable Dark mode on Windows 11, too. 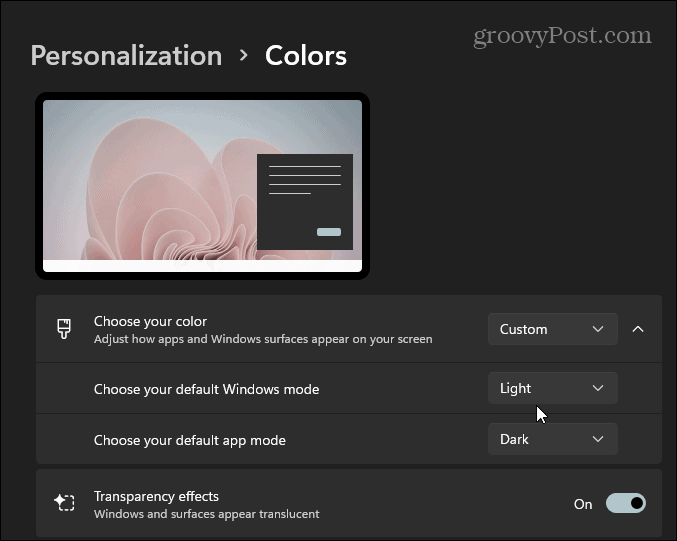 When you switch to Dark mode, apps like the Store, Settings, Alarms & Clocks will change to dark mode, too. With other universal apps, you can switch them into a dark mode in the app’s settings. For example, read our article on how to enable the dark theme for the Windows 10 Twitter app.

Note: Keep in mind that this is a look at the preview version of the upcoming update, and some of this is subject to change by the time the final version is released.

It’s also worth noting that if you’re running Office 2016, you can make it match with its new Dark or Black color scheme.

To get more of an idea of what’s coming this summer in the Windows 10 Anniversary update, check out our article about Windows 10 Preview Build 14316. Of course, if you want to start testing out these new features on a spare system of your own, you can join the Windows Insider program which is free.

Are you looking forward to the new dark theme for Windows 10? Leave a comment below or hook up with other Windows fans in our new and improved Windows 10 Forums.