Twitter recently updated its Universal app for Windows 10. It now included Moments, group direct messages, and quotable tweets. And, if you’re a fan of the dark theme that you can set for other apps like Microsoft Edge or the Mail and Calendar app, you can do it on the Twitter app for PC, too. 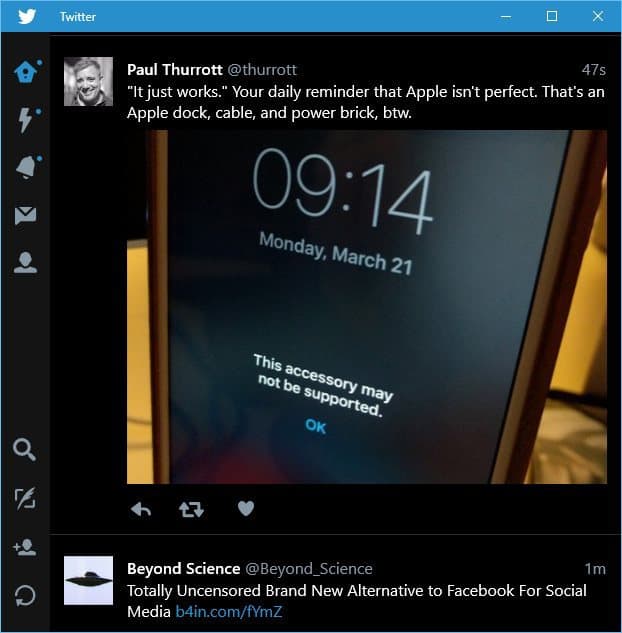 For Twitter on Windows 10 PCs, launch the app and go to Settings. You get there by selecting the “Me” icon on the left toolbar.

Next, select Personalization and switch the theme from Light to Dark and click Save. You’ll then be prompted to restart the app. 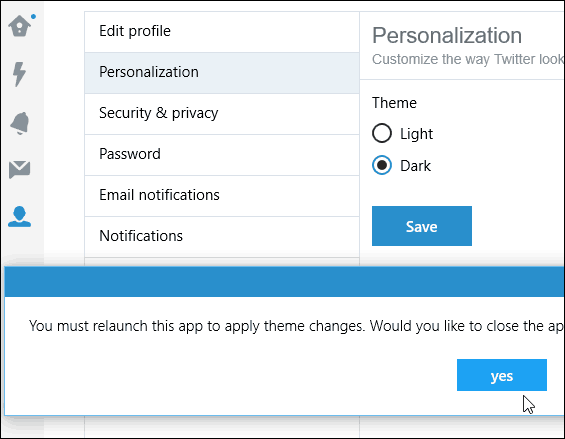 That’s all there is to it. The updates are game-changing, but they make the Twitter app more complete compared to when it was first released.

What’s your take? Are you a fan of the Dark theme that’s available for Windows 10 apps like Edge, Mail, and now the Twitter app? Leave a comment below and let us know your thoughts.