One of the more touted features coming to Windows 10 this fall is Story Remix. It allows you to create movies from your videos, photos, and music.

Microsoft introduced new features coming to the next big update for Windows 10 later this year which the company has dubbed “Windows 10 Fall Creators Update” at this year’s Build Developers Conference. One of the more touted features is Story Remix, which lets you create movies, videos, photos, and music. It’s not a standalone app but an update to the Photos app. Windows Insiders can start using the early version Story Remix beginning with build 16193, and here’s a look at what you can expect later this fall. 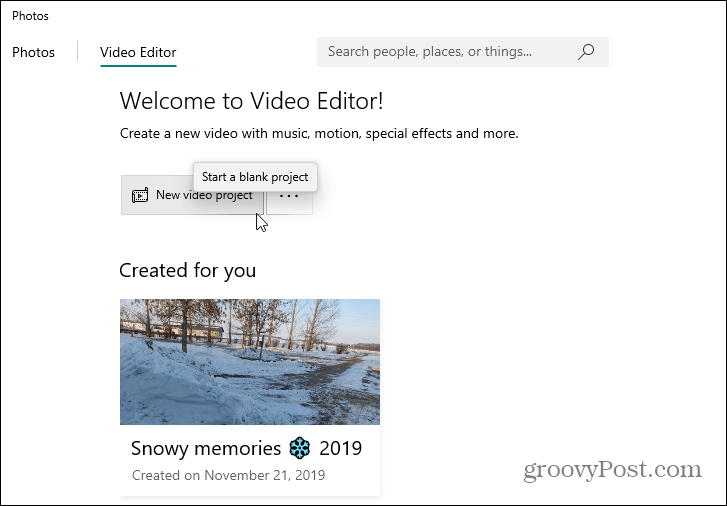 Update: Story Remix is no longer part of the Photos app on Windows 10. There is still a Video Editor, however. It works much in the same way that Windows Live Movie Maker worked but with easier-to-use controls.

To start, launch the Photos app, and right away, you’ll notice a new look at the interface overhauled with the Microsoft Fluent Design System (formerly codenamed Project NEON). First, you’ll need to sign in to your Microsoft account to access your photos and videos stored on OneDrive. Then select the Create tab on the title bar and then Create New Story. 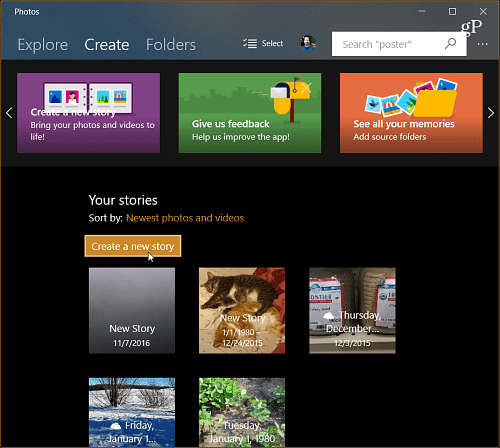 That brings up the New Story wizard, where you can type in a title for your story and then select Add photos and videos button. 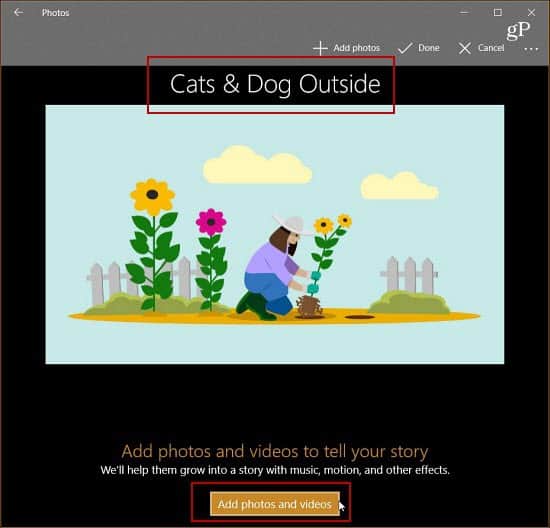 When choosing your photos, one that comes in handy is the new search box. This allows you to find specific folders for the story you’re creating easily. You can also search for specifically labeled photos or search pictures related to people, places, or things. 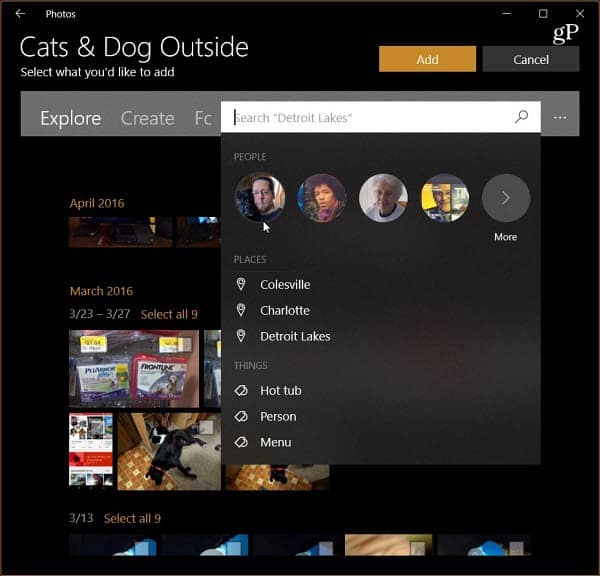 Once you get the results, go through and select the photos you want to add to your Story. 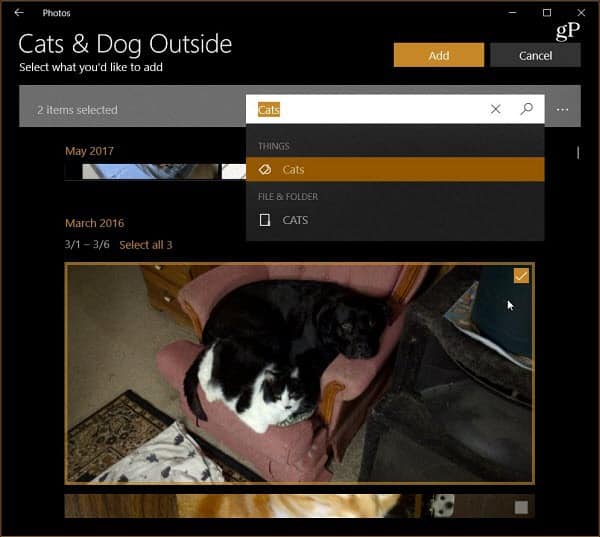 After you added your photos, you can preview your story to see what it comes up with. If you’re not happy with what it comes up with, you can click or tap Remix it for me and preview the new version. When the story is remixed, it will change the order of the photos, how long each one is displayed, and a new music track. 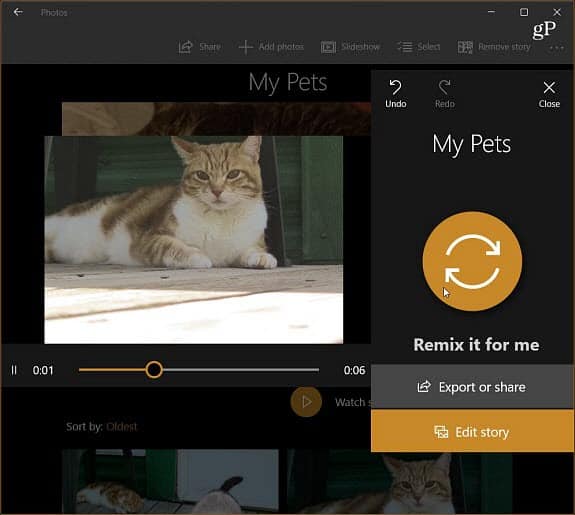 While the automatic mixing feature is straightforward and easy, you can also do your own manual edits. It includes some basic items you can modify, such as the title, duration each photo displays, filters, text, motion, and music. 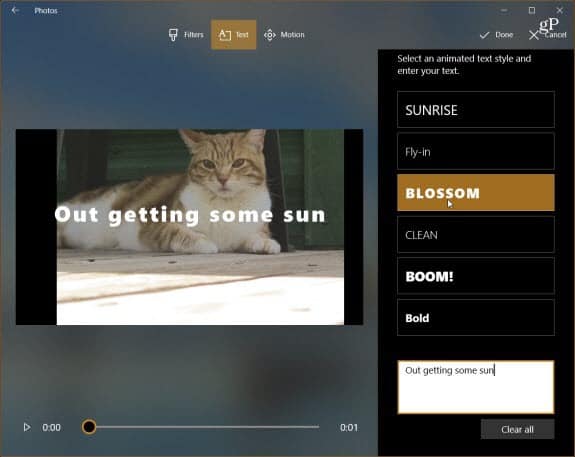 When adding text, there are a few fonts you can choose from and then type what you want to display over the photo.

Motion lets you choose how individual photos are panned over when it’s displayed. 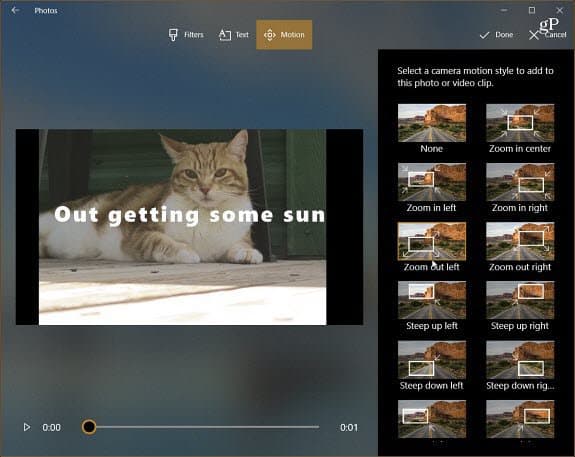 Motion lets you change the way the camera pan and zoom over your photos.

Filters have been a staple of photo apps for years, and Story Remix includes several of the more popular ones that you would expect, and more will inevitably be added in the future. 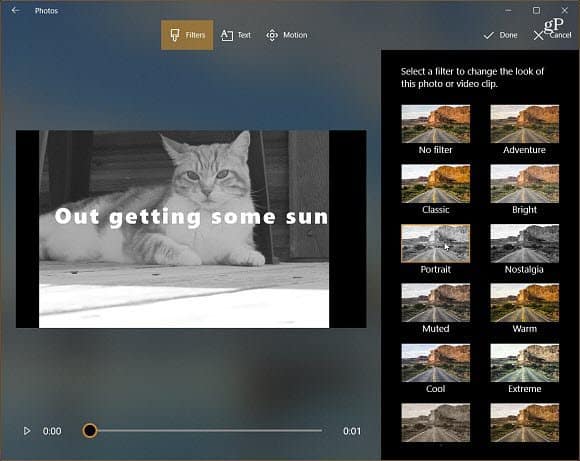 What good is a photo editing app without filters? Story remix doesn’t disappoint in this area and includes a handful of quality Add filters.

Another editing option you have is determining how long each photo or video clip appears. It’s also worth noting that each of the edits you make is saved automatically. 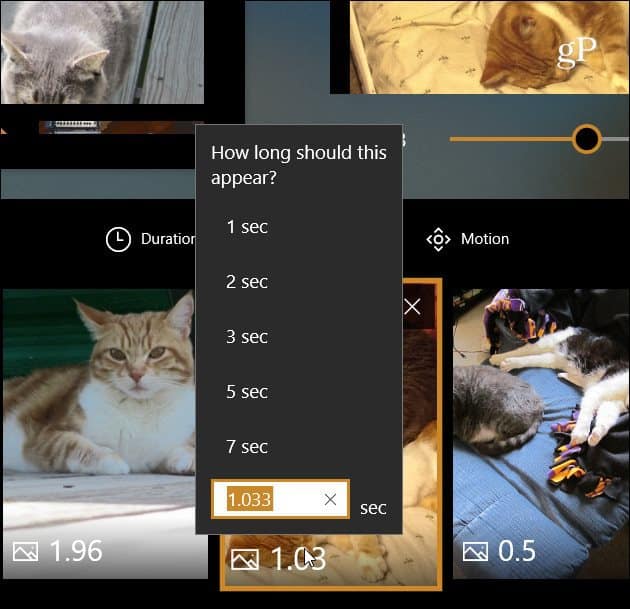 You can adjust the amount of time each image or clip appears during your story.

There is a select number of music tracks to choose from that are included with the app. In addition, the music will automatically adjust to the length of your story. 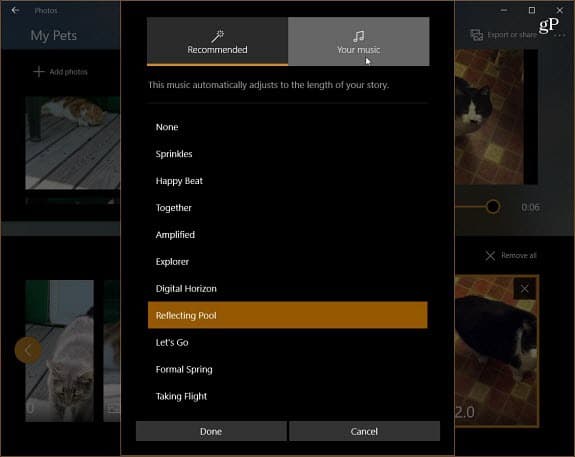 Adding a music track is easy with the list of default songs included in the app.

Or, to add a more personal touch, you can choose your own music from your collection. 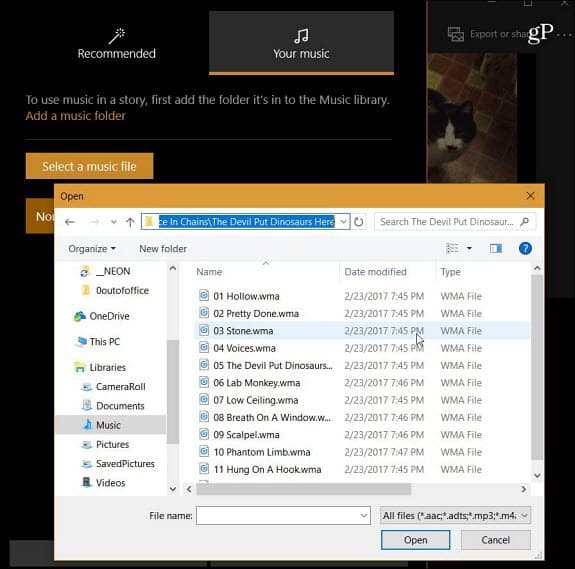 In addition to the default list of music, you can also add music from your collection.

When you’re finished, you have the option to share your creation via social media, YouTube, email, or save it locally. 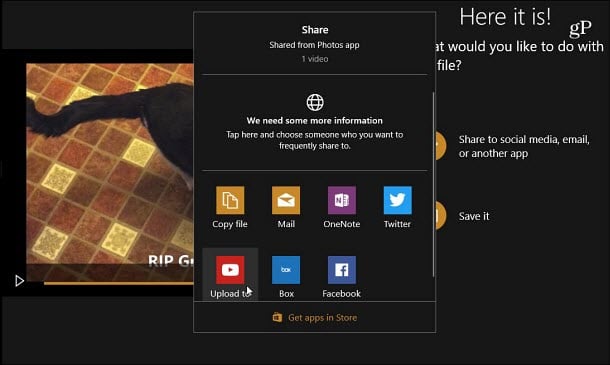 After using it for several days, it’s apparent that Story Remix is still in the early stages. As it stands right now, the most interesting part is the ability to dump in your photos or videos and have it automatically create a movie. Unfortunately, it doesn’t yet have all of the features shown during the Build 2017 presentation, but hopefully, that will be remedied before the official fall release.

The ability to add some basic customization is nice, but it’s still not going to give you as much control as a full video editing suite or even Movie Maker. However, it’s nice to create a quick presentation of your photos and video clips to share with your friends online.

Note: If you are in the Windows Insider program and don’t see Story Remix after installing build 16193, that is actually by design. Dona Sarkar announced the following in a blog post that announced Insider build 16199.

Last week at Build, we unveiled Story Remix – an evolution of the Photos app that makes it easier to relive your memories and introduces video story creation from your photos and videos. Story Remix is being rolled out to Windows Insiders in the Fast ring as part of A/B testing. A/B testing is a scientific method to prove the causality of a change on the observed impact. In other words, using A/B testing, we can be sure that the observed impact is caused by the change we made and not simply due to correlation or chance. As you can imagine, this is very important for us to get right when bringing new features to Windows 10. We’ve done experiments like this in the past so this shouldn’t be new to Windows Insiders in the Fast ring. We should have been more clear about this up front last week when we announced Story Remix so we apologize for the confusion.

If you’re an Insider and are playing with Story Remix, leave a comment below and tell us what you think about it so far. If you’re not an Insider, what features are you looking forward to later this year?