Microsoft started off the second day of the Build 2017 developer conference with a bang. The next version of Windows 10 will be called the Fall Creators Update or 1709 and includes Story Remix, OneDrive On Demand among other new features.

Microsoft started off the second day of the Build 2017 developer conference with a bang. Terry Myerson, head of Windows at Microsoft, announced the official name for the next revision of Windows 10 called the Fall Creators Update or 1709. Since Microsoft introduced Windows 10, the company has modernized many of its classic desktop apps, such as Mail, Photos and even it’s browser, Edge.

Since the retirement of Windows Live Movie Maker, we have all been waiting for Microsoft to provide some news on its replacement. Good news, the wait is finally over with Microsoft’s announcement today introducing Microsoft Story Remix.

Integrated with the Photos app, Story Remix is a significant reimagination of video editing; incorporating elements of the cloud, mixed reality, inking, social and device diversity. Story Remix works on both iOS and Android, which is a key part of how powerful and flexible this new video editor is.

Story Remix includes a traditional storyboard where users can insert and move around clips; incorporate clips and photos from family and friends; add titles and soundtracks from your Groove music library. The app is intelligent enough to auto create movies from your existing library of photos and videos, or you can start a new project. Projects started on one device can roam to another; you can even create a video with shared content from other users. 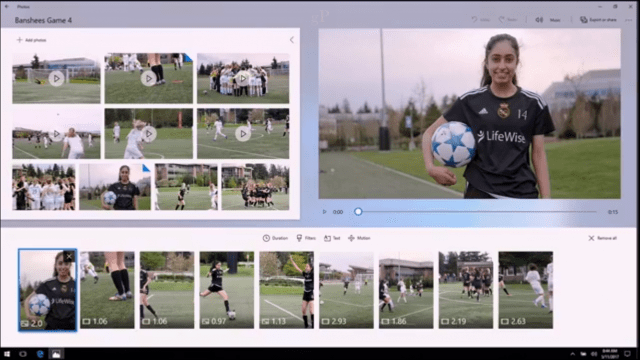 Story Remix will recognize people, places, and objects in your photos and videos, too. Part of what’s powering these technologies is the Microsoft Graph, an advanced cloud technology that keeps information and activities connected regardless of device or platform. Developers will be able to access and incorporate many of these new API’s (application programming interfaces) into their own apps. 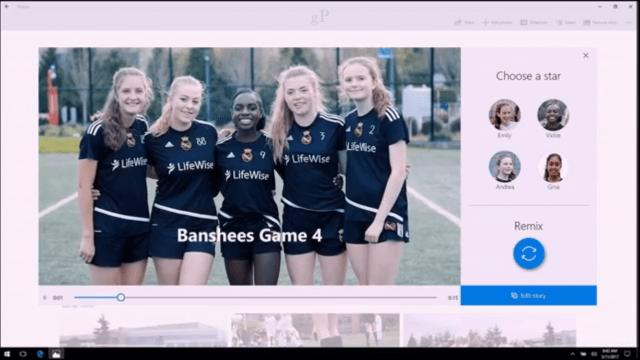 Other features include the ability to incorporate inking and tagging of objects or motion in a video; or identify main characters. You can even modify the music to match the theme of the video. Object recognition is particularly impressive, seeing the ability to tag someone and have it follow the individual in the video is quite amazing. 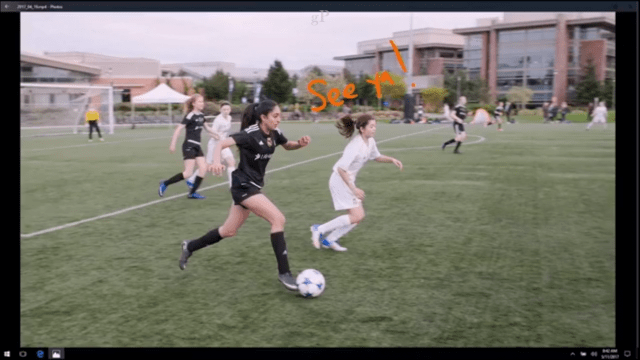 The desktop has pretty much remained at a standstill over the past 20 years. I’m sure like many, you store files there and add shortcuts to your favorite apps. The problem is, the desktop is disconnected, until now. The Windows 10 Fall Creators Update will finally see the addition of OneDrive On-Demand. What this means is, users can easily sync files without storing them locally, even on the desktop. 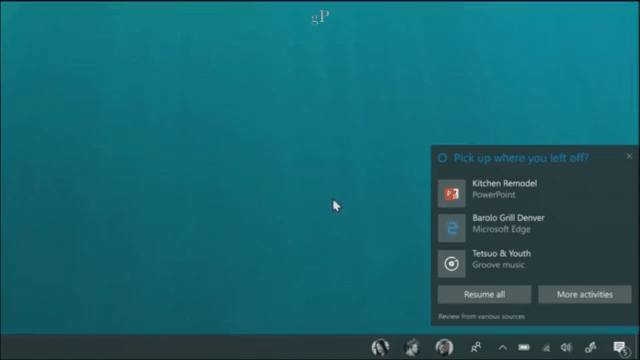 A new desktop folder is available in OneDrive, making it easy to access your files whether you are on a mobile device; or signed into another Windows desktop. A critical part the Microsoft Graph plays in roaming, is the ability to keep a timeline of your application activities across devices. 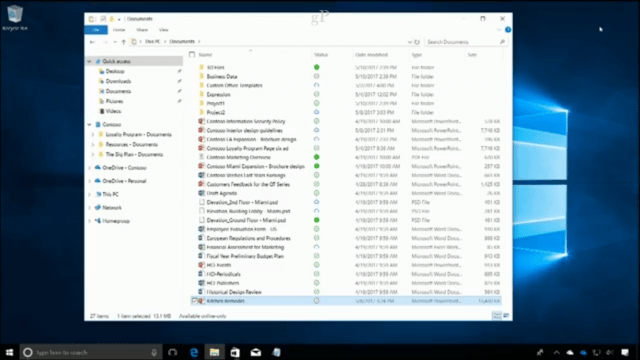 The new Windows Task View maintains a visual calendar of the apps you have used over a period of time. This makes it easy to pick up from where you left off or suggest the best apps to get started on a project or task. If you have apps like Cortana and the Swift keyboard installed on your iOS and Android devices; you can start using one app and have your activities roam to another device; even if the native app is not installed. 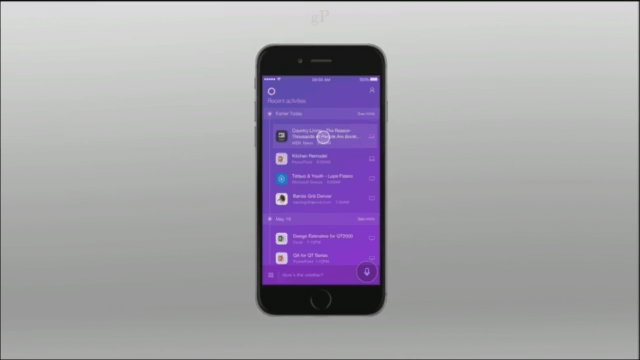 Microsoft also previewed an online clipboard, making it easy to copy and paste content from one device to the other. The Office Team is also adding a visual paste menu to Office apps too. The Settings category in the Windows 10 Fall Creators Update will help users connect mobile devices, Android or iOS easily to Windows. 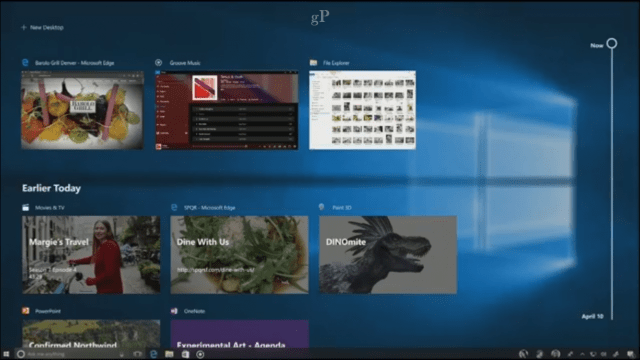 A Surprise Desktop App Comes to the Windows Store

Microsoft is committed to the Universal App model; last week’s announcement of Windows 10 S further confirmed the company’s future of the desktop. So far, more than 1,000 apps desktop apps have moved to the store using the company’s Desktop Bridge technology. While many key apps are not yet on the Windows Store, Microsoft announced a major win, from none other than Apple.

Yes, iTunes will be available through the Windows Store, providing not only an easy way to download the popular jukebox, but also keep it updated too. With an announcement like this, it probably won’t be long until major developers such as Google follow. 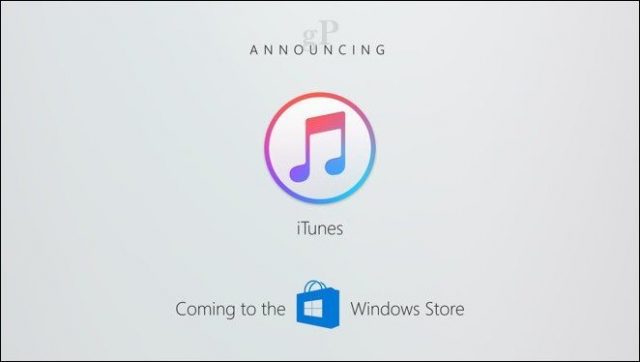 The Windows 10 Fall Creators Update will refresh the design of the desktop, called Fluent Design. The Microsoft Fluent Design System adds a collection of experiences (Light, Depth, Motion, Material and Scale) to make Windows contextually adapt apps across scenarios. The rest of the today’s presentation remained developer and 3D heavy, but I am still yet to be excited by mixed reality. 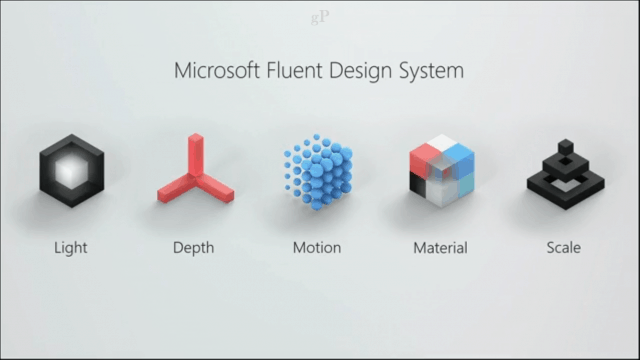 Two new Linux Subsystems from OpenSuse and Fedora will be coming to the Windows Store; providing more developer tools and features. Last year, Microsoft introduced the Windows 10 Subsystem for Linux, starting with Ubuntu. The new additions should make Windows 10 an even more enticing platform for developers of open systems and alternative platforms such as Android and iOS. 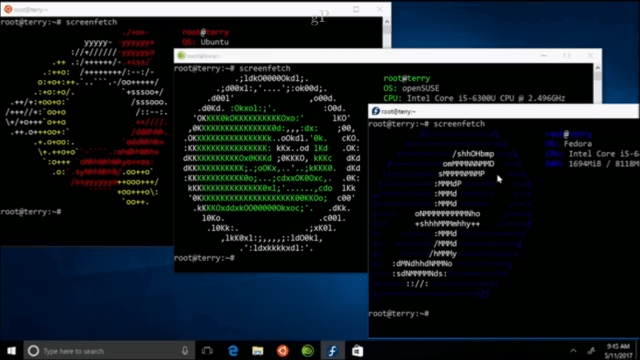 The key announcements such as Microsoft Graph, Story Remix, OneDrive On Demand and iTunes coming to the Windows Store are major updates to look forward to this fall. Users can try out some of the new features starting with today’s Windows 10 Insider build 16193 and we will, of course, be writing about our favorites to give all of you, our readers a first look along with our feedback on them!