Microsoft launched the latest version of its upcoming Fall Creators Update, Build 16193, announced during the Build Developers Conference this week.

Microsoft launched the latest version of its upcoming “Fall Creators Update” which was announced during the Build developers conference this week. Build 16193 is now available for Windows Insiders in the Fast ring. Here’s a look at the new features that are coming to all Windows 10 users later this year. 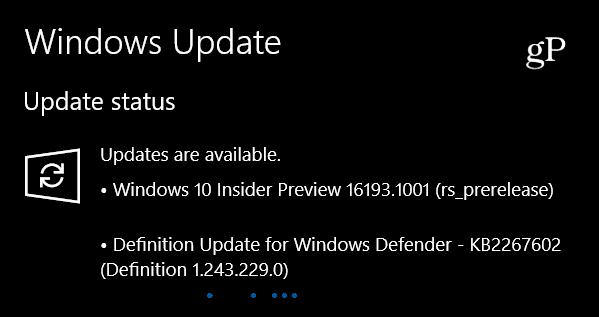 Story Remix is an improvement to the Photos app that makes it easy to create video stories from your photos and videos. It’s available in today’s new build and Insiders can check out the new features right away. The app analyzes your content to find collections automatically and bring it together into video stories with a theme, soundtrack, and transitions. If you don’t like how the automatic feature works you can edit them yourself manually. 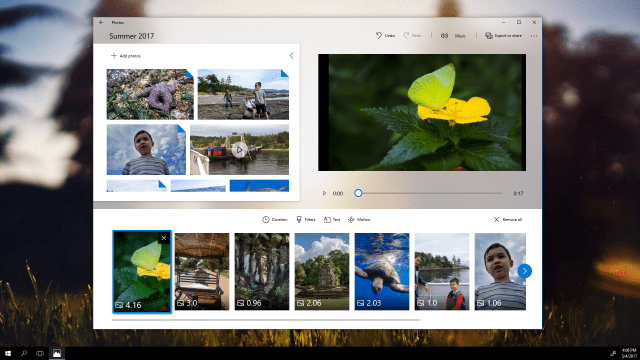 After you create your video stories you can easily upload them to YouTube, Facebook, OneDrive, or via email. Also, notice the updated interface that includes the design elements of Project NEON, now formerly called “Fluent Design System” for Windows 10. 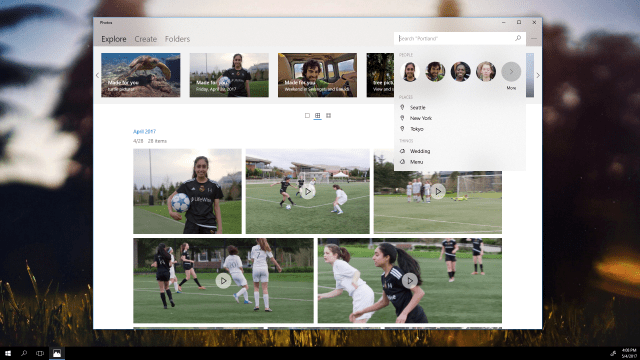 Power Throttling Update is a new column in Task Manager that has been renamed from “Background Moderated” and starts with this build. Power Throttling puts your systems CPU in the most energy efficient mode to run background apps and save as much battery power as possible on your laptop.

Volume Mixer includes UWP apps such as Groove Music or Edge so you can control the volume for each one individually without affecting overall system sound. The apps will only appear in the Volume Mixer after they start playing sound. To test it out, open Volume Mixer with a right-click to the speaker icon on the taskbar. 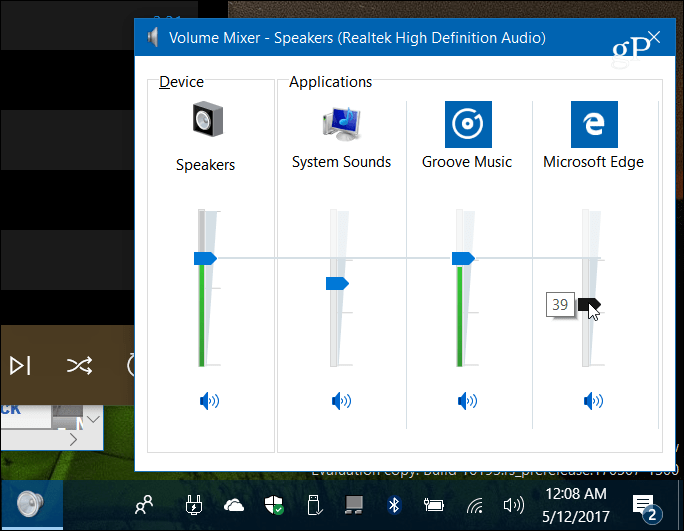 Other New Changes & Improvements for PC

Other new changes, improvements, and fixes for this PC build include the following:

After the update process is complete a restart is required and to verify your build number hit the Windows key and type: winver and hit Enter and you should see you have Version 1702 Build 16193.1001. 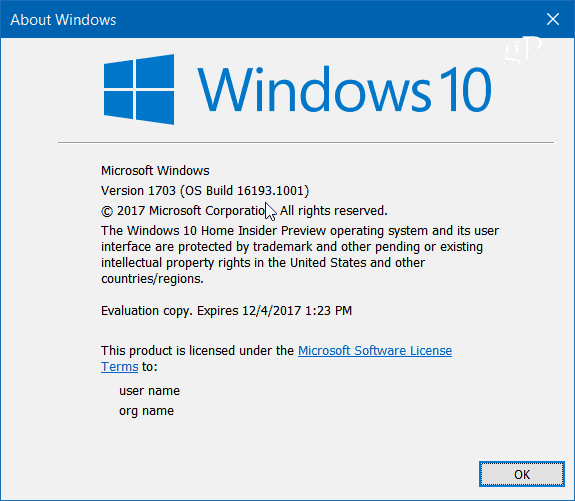 It’s also worth mentioning that the company also released Build 15213 for Mobile users for those of you who still have a Windows Phone. Of course, with all preview builds there are known issues with this build for both PC and Mobile. For the full changelog check out Dona Sarkar’s post on the Windows Experience Blog.