Windows Vista turns ten years old today. Let’s rewind things a bit and take a look at the history of Windows Vista including both the good and the bad and how it helped shape the modern operating system.

Ten years ago, many of us geeks exhaled after five years of reading rumors and participating in a long, tumultuous beta program for what became Windows Vista. Considered one of Microsoft’s most ambitious desktop operating systems to date, Vista followed the successful release of Windows XP. Unfortunately, several bad decisions, executions, and an evolving industry caught Microsoft off guard. Nevertheless, when I look back at Windows Vista, there are some significant benefits included, and being honest, I never had any problems with the OS on my personal systems. As for family members and friends, it was quite the opposite.

A Look Back at Windows Vista – 10 Years Later

Windows Vista, originally code-named Windows Longhorn, was intended to be an interim release. Between 2002 and 2003, Longhorn evolved from a small update to Windows XP into a pet project of Microsoft’s co-founder and chief software architect, Bill Gates. Windows Longhorn came out of the idea of the PC as the hub for everything. Technologies like smartphones, social networks, mobile apps were not ubiquitous back then. Users still depended on optical drives, stored music locally, and used CRT monitors. Longhorn promised to make the PC experience better in several areas, including security through a new technology called palladium and search and file organization using a new database file system called WinFS or Windows Future Storage. Improved UI and overhaul of its graphics capabilities were also a key part of the Longhorn experience. A new graphics subsystem codenamed Avalon and communication subsystem, Indigo, was designed to deliver a new generation of desktop application experiences.

Longhorn kept evolving, accumulating an unwieldy collection of ideas and functions. This feature creep problem would eventually lead to a complete meltdown. At the 2003 Public Developers Conference, a whizz-bang demo of what Longhorn would look like was presented, and some of its prominent features―such as Instant Search, the Windows Sidebar, and Aero Glass graphics—energized third-party developers in attendance. Unfortunately, these were all carefully constructed concepts. The real code and the effort that went into engineering the foundation required more than expected. 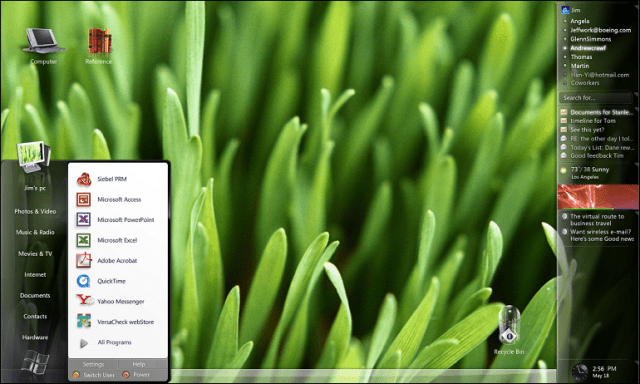 Somewhere between 2003 and 2004, the Longhorn project collapsed. In August of 2004, then Program Manager for Longhorn, Jim Allchin, announced a reset. This set back the software giant’s ambitious plans by a couple of years; Microsoft originally intended to have Longhorn released by summer 2004. Longhorn would not reach store shelves in 2005 either. Instead, the project started shedding ambitious features. Promised technologies like WinFS went on the chopping block. A saner feature set was proposed, focusing on security, which was badly needed in a time of code red, Sasser, and many buffers overrun vulnerabilities. The focus on Service Pack 2 for Windows XP also further delayed Windows Longhorn development.

Vista Clarity But At a Hardware Cost

A year later, Microsoft announced the Longhorn beta program. At the same time, the company also announced the official name for the revision, Windows Vista, with the tagline, Bring Clarity to Your World. Testing pre-release versions of Windows Vista was rough for me; I had to download builds of Windows Vista each month. The initial build 5112 was a 2 GB download. Downloading the ISO file from Microsoft’s Connect website took all night on a 128 KB per sec broadband connection. For the next 14 months, Microsoft would release 15 Community Technology Previews. Throughout those 14 months, I watched Vista evolve and become refined based on user feedback. Within the first five months, I started experiencing some of the performance issues many mainstream users would eventually battle within its final form. By the time build 5308 was released, I installed an additional 2 GBs of RAM to keep up with all that was being added to Vista. My Nvidia Geforce FX 5200 with 128 MBs of video ram struggled to keep up. 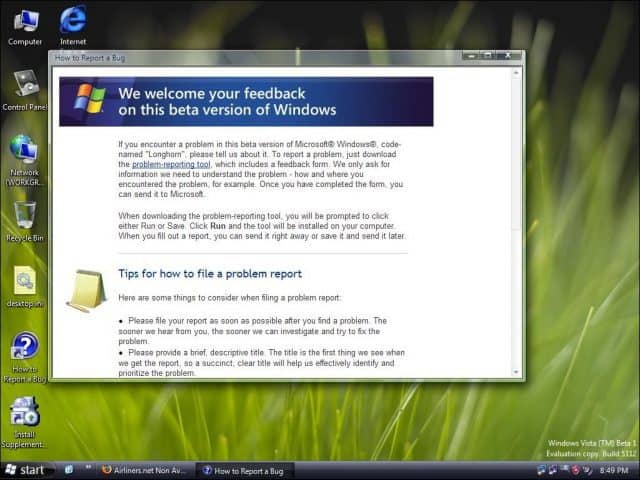 By 2006, Vista’s system requirements seemed ridiculous, 1 GHz P3, 512 MBs of RAM. This OS would obviously require more power, especially for users who wanted the cool Aero Glass graphics. Microsoft also started to muddy the water from a marketing standpoint, announcing various editions such as Starter, Home Basic, Home Premium, Business, Enterprise, and Ultimate. Even a Small Business edition was planned at one point, but that was eventually scrapped. This became fodder for competitors like Apple, who had gone through their own brain surgery a few years back, transitioning from Mac OS 9 to OS X. Apple was firing on all cylinders with the recently released Mac OS X, Tiger. The company announced its PowerPC to Intel transition a year earlier and followed it up with exciting new products such as the new Intel iMac and MacBook Pro. 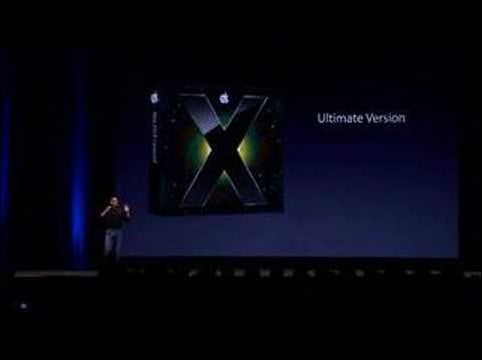 Windows Vista during this time remained a concept, while Apple was making fun of Microsoft’s efforts, such as Redmond Start Your Engines and the confusion of SKUs. By the summer of 2006, Microsoft had opened Vista to the public, but the more than 20,000 private testers were still experiencing problems in areas such as performance. Simple things like the File Copy operation were painfully slow and remained so even after RTM. Finally, in November of 2006, Microsoft announced that Windows Vista had finally been Released to Manufacturer or RTM. Launch events, celebrations, and retail availability would follow two months later. A massive launch event was held in New York City at the Kodiak Theater in late January 2007, where members of the press and few select testers, including myself, were invited. 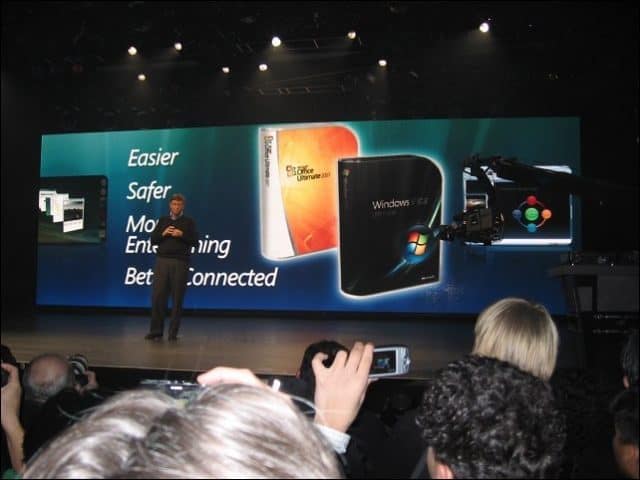 Windows Vista’s ultimate test, though, would come from the market. The user complaints were high, with most of it attributed to performance and compatibility, issues such as upgrading from previous releases, or the inability to take advantage of some cool features like the Aero Glass graphics. Microsoft marketed Vista based on features and technologies like Instant Search, Internet Explorer 7, Windows Defender, Tablet and Touch, Aero Glass and Flip 3D, Windows Meeting Space, and security. 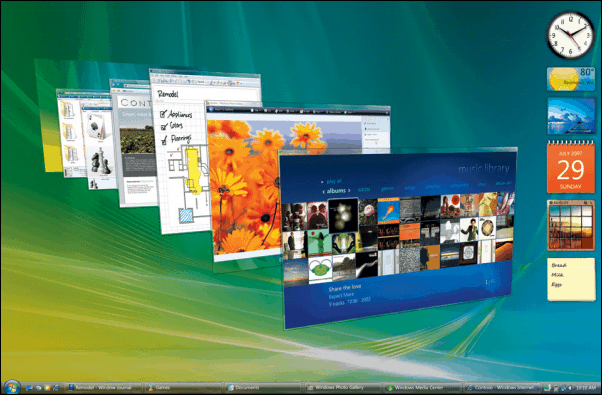 Lots of Apps and Features

Windows Vista also came jam-packed with apps like Photo Gallery, Windows Calendar, and Movie Maker. Many of these features were cool when you tried them out, but the availability of hardware that could realize all of them was just not there. Customers who ponied up for the ridiculously expensive $400 Windows Vista Ultimate were eventually disappointed by the lack of unique features promised through Ultimate Extras. Features like live wallpapers were eventually scrapped because they drained battery power and felt more like gimmicks than value-added. The original concept for the Windows Sidebar, which was demoed at PDC 2003, evolved into Gadgets’ small applications. This feature lived on for one more release but was eventually scrapped in Windows 8. 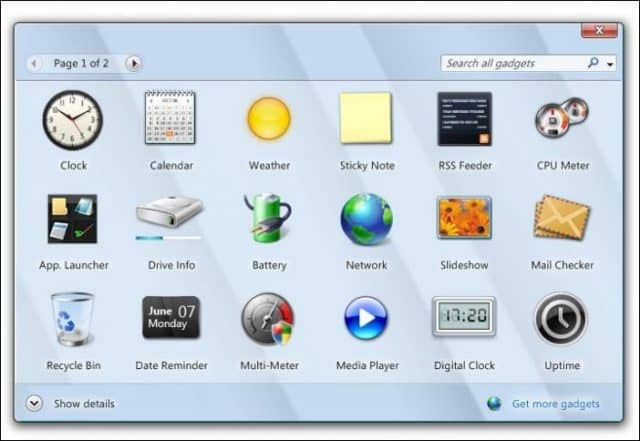 The ongoing performance issues, especially on brand new systems preloaded with Vista, gave the OS an even worst reputation. Things didn’t get better either when devices falsely claimed to be Vista Certified Capable when in actuality, they were not. I can remember family and friends who bought new systems with Windows Vista Home Basic asking me to downgrade their installations to Windows XP to use their new computer efficiently.

Because of the operating systems, new driver model, and security requirements such as the controversial User Account Control, compatibility with older hardware and applications became a headache for many. Windows XP, which made every user account operate as Administrator for years, spoiled many third-party developers and users. Vista ended this practice with the new Standard and Limited User Accounts, which prevented old applications from accessing system files and folders like they used to. This ultimately was the right thing and eventually led to better, more secure applications coming to market. 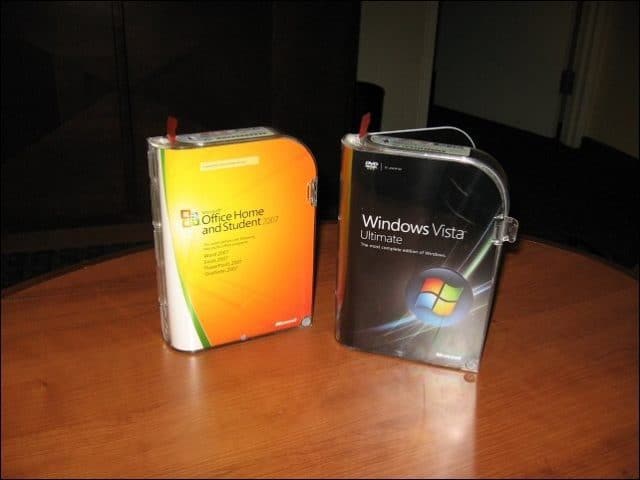 For all its faults, Vista was important in shaping Windows into the platform we have today. When was the last time you heard about buffer overruns and DNS attacks? Vista’s addition of technologies like Heap Stack Protection, Address Space Randomization Layout, Standard User Account, Protected Mode in Internet Explorer 7, and the application development cycle worked in favor of the industry. Vista would take a hit for it, though, and things would not turn around until Windows 7 was launched in 2009, which refined many rough edges. Looking back, without Windows Vista, we would not have a Windows 7, Windows 8/8.1, or Windows 10. Windows back in 2004 needed a major overhaul, and Vista delivered on that. It was indeed Microsoft’s most secure operating system at that point but turned out to be a complicated bet that benefitted the software giant in the long run.

Windows Vista’s support cycle will come to an end in April 2017. So if you are still running the 10-year-old operating system, now would be a good time to start plans to upgrade, if possible, or purchase a new PC with Windows 10.