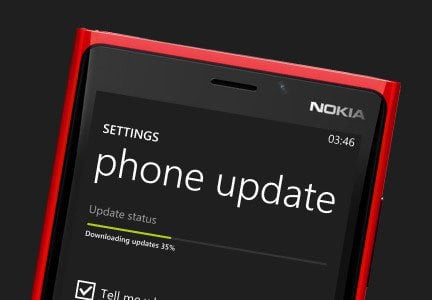 Microsoft released the Windows Phone 8.1 update for developers. If you don’t want to wait and get it right now, here’s how get it and future updates early.

On the heels of Microsoft updating Windows with the Windows 8.1 Update, the company also released Windows Phone 8.1 the latest update for the mobile OS for developers. The company made the announcement on its Windows Phone blog this week.

It’s for developers, but any Windows Phone user can get it starting today. It’s also worth noting that this version is said to be a “developer preview” but it’s the RTM – final shipping version for everyone. So instead of waiting for your carrier to make it available — sometime this summer — you can grab it now. Here’s how it’s done.

Important: Before grabbing the Windows Phone 8.1 make sure you’re running Windows Phone with Update 2 at a minimum. This update is for the the mobile operating system, but you’ll need to wait for the phone manufacturer’s drivers or firmware to be updated. Also, this can potentially void your phone’s warranty, and there’s no reverting back to Windows Phone 8 after the update is done.

1. The first thing you need to do is sign up with Microsoft as a developer, which anyone can do, and is free. Even if you don’t know a lick of code, you can sign up by just using your Microsoft account. To do that, head over to the Windows Phone App Studio and sign in with the same Microsoft account you use to sign into your phone. You’ll also need to register. Don’t register as a Windows Phone Developer as that costs $19. The Phone App Studio is free.

I should also point out that this service makes it extremely easy for you to create your own apps – even if you know little to nothing about coding. 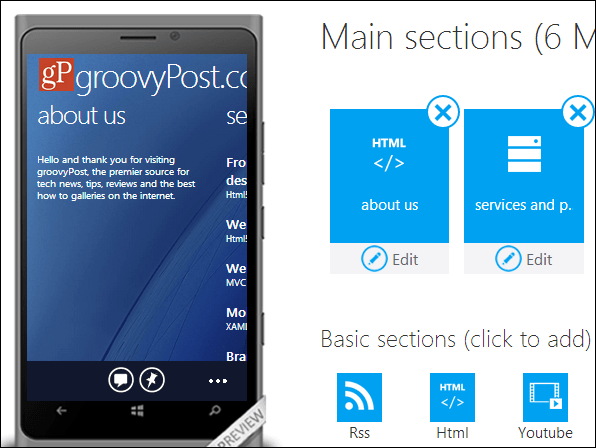 2. Next, download the Preview for Developers app to your handset. You can do this from your browser and send it to your phone or do it directly from IE on your phone. 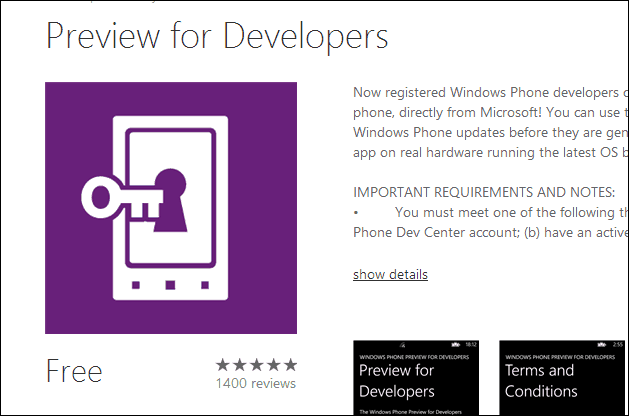 3. After the app is installed, go ahead and run it from your phone and go through the step-by-step wizard. 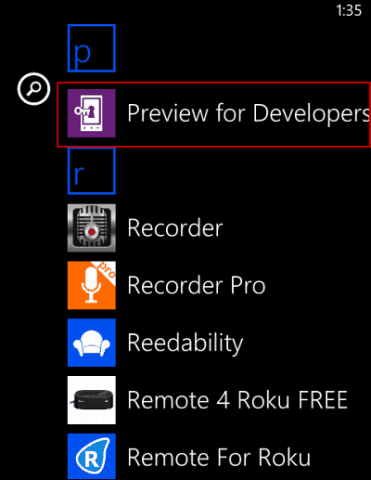 4. Now all you need to do is check for updates on your phone. Go to Settings > System > Phone Update >  Check for Updates. Here you can see I’m about to download the 8.1 update. 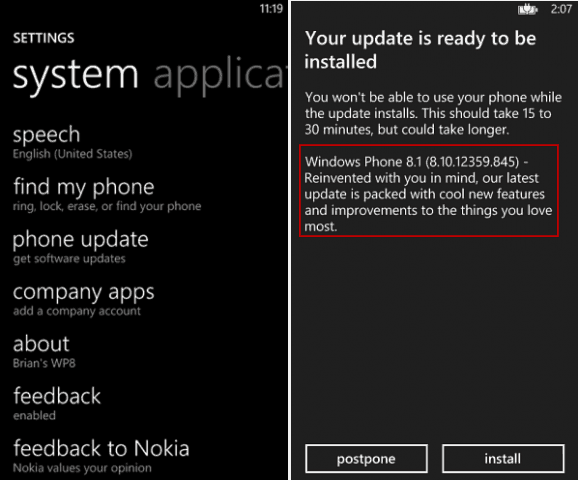 Once you start the installation, your phone will restart a few times and the process takes 30+ minutes on lower end phones, but should be faster on the higher end hardware – of course it will vary depending on the amount of data you have. Make sure the power is plugged in while installing the update.

Here’s a couple of shots of some new features – Cortana – the Siri-like digital assistant. And the new notification center feature that Microsoft calls Action Center. 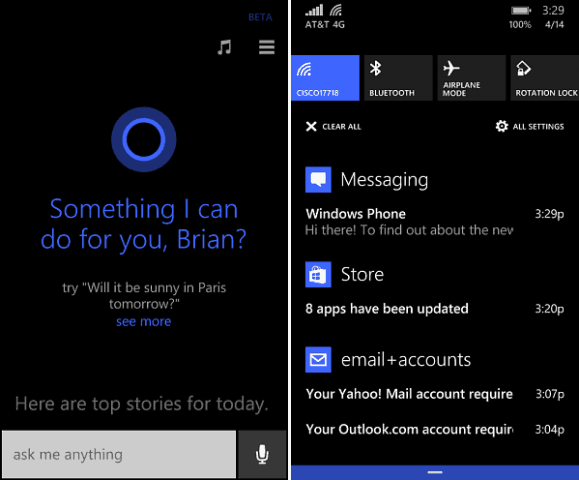 Following these steps will allow you to get future updates early as well. In fact, this is what I did to get the Windows Phone 8 GDR 3 early. If you’re an early adopter and like to get new software as early as possible, this free solution is great. Otherwise it’s said the official version will be released sometime this summer.

A couple of other things worth mentioning is there will be post-RTM updates when the official update is rolled out and won’t void your phone’s warranty. The manufacturer’s firmware and apps will be updated. Also, your carrier likes to add apps to the phone, and those will be updated as well. If you are worried about not getting updated to the final version if you do this…don’t. You’ll get the official updates when they are released over-the-air. in fact, maybe sooner than the general public.

Have you installed the Windows Phone 8.1 update? If so, leave a comment below and tell us how it went. What are some of your favorite new features?